Nexus 5 spotted in the wild

Nexus 5 spotted in the wild

The upcoming successor for the last year’s LG-made Nexus 4, the Nexus 5, is really starting to hype up. After the little peek it had during the Android 4.4 KitKat launch, it now shows up in a bar.

The story behind this little encounter is very familiar. A Google employee apparently left the device unsupervised while it was charging inside a bar. A bar employee then took the opportunity to snap some photos and do a quick hands-on of what is reported to be the yet-to-be announced LG-made Nexus 5. This aligns with previous leaks so this could be it. At the back, it has the horizontal “Nexus” branding, like with the new Nexus 7, a pretty large camera module and a flash just beneath it. Lastly, since this is an LG-made device, an LG logo can be found at the bottom. To the front, the front-facing camera is present and maybe the large circle beside it is an LED indicator. 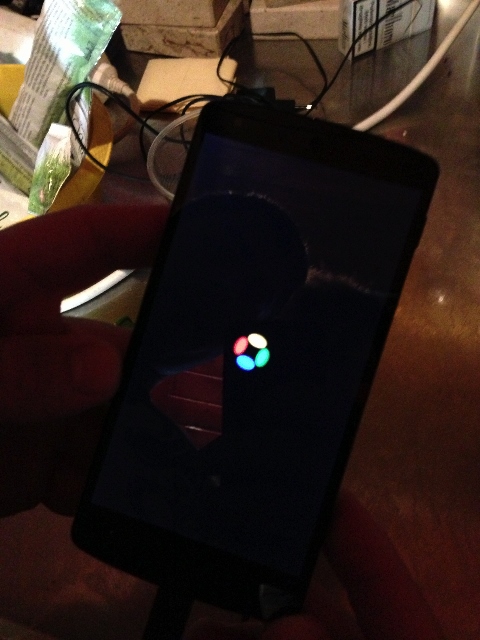 The upcoming Google smartphone should be based on the LG G2 that rocks a Snapdragon 800 processor, 2GB of RAM, Full HD display and a 13MP camera. The latest and greatest build of Android 4.4 KitKat should be on board when launched.

Release date could be on October 31.