Nokia PH capped off the week with the local launch of one of the newest member of the Lumia family, the LTE-enabled, budget-centric Lumia 625.

If you can remember, the Lumia 625 made its first official debut back in July and has immediately made a name for itself thanks to its 4.7-inch LCD screen – the largest we’ve seen thus far from a Lumia handset. However, bigger doesn’t always mean better as is the case with the Lumia 625’s display which is only equipped with 800×480 pixels, equating to a rather disappointing pixel density of 199ppi. 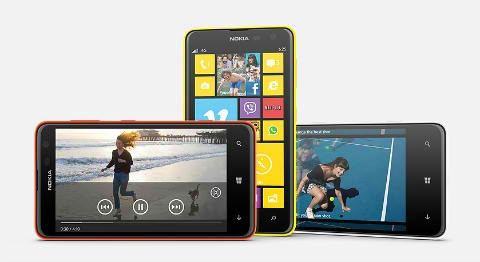 Fortunately, Nokia has made a few adjustments on the 625’s display to compensate for low pixel count. This includes Color and Sunlight Readability enhancements and High Brightness Mode. We’ve yet to test these added features, so we can’t definitively tell whether or not it’ll make a difference to the screen, but we’ll certainly take note of it on our review.

The Nokia Lumia 625 is now available in our country is being retailed for Php13,200. It’s available in variety of colors such as orange, yellow, bright green, white and black.