Just moments after Apple lifted the wraps off their new flagship handset; we did a whole segment about its new feature called Touch ID which allows user to register their fingerprint and use that to unlock the phone. What we missed to point out, however, is that it can also scan other parts of the body including… nipples. 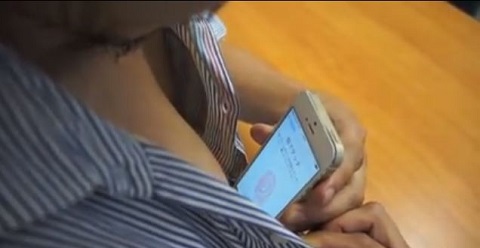 If you think that’s surprising (or amusing), wait till you here this. As it turns out, the structure of our nipples is as unique as our fingerprint. Therefore, if by any chance you registered your nipple using Touch ID and somebody tries to unlock your phone using theirs, then it’ll just be a futile attempt.

In a separate video, one of the guys in the clip above also tried using his nose and toe on the scanner and it worked just as well. So if you’re planning to get the iPhone 5S and you think that your fingerprint isn’t secured enough, then we suggest trying to register different parts of your body to the Touch ID.

{Source (in Japanese), via)