Since Microsoft bought Nokia some time ago, a lot of people have been asking – what will happen to Nokia? Well, apparently new images of an alleged Lumia 830 show that the device is still branded by Nokia, but it has “by Microsoft” next to it now. 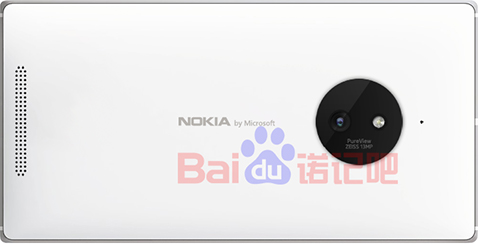 Same font is to be found here, and thankfully, Microsoft doesn’t shove its name onto your face with the labeling. If this is all true, then we won’t probably see anything called Microsoft Mobile for now – and it definitely can’t be called just Nokia as that’s not part of the purchase. What do you guys think about Nokia’s possible rename?

At least they retained the Nokia name. I thought they were going to ditch it or something.

Nokia is not just a cellphone brand. They still own NokiaSiemens network infrastructure used by cell sites. Nokia is more than just the Lumia you know an the N series the youth never knew. It is a pioneer brand however shitty the image is for the new generation. Too bad the younger generation never got a hold of the N series and battery life that actually lasts longer than any android or apple phones today.

NOKIA is Nokia..it’s a brand that is known for telecommunication…they cannot just get it our or replace it..

Similar to what happened to Sony Ericsson?

It doesn’t matter what name it is gonna be. It won’t sell unless its OS is android. Windows mobile is not sellable. Android is. Microsoft should try making an android nokia and they will see the difference in sales. I will buy for sure. Just make sure it features removable battery and sd card. These 2 features are what make samsung sales high.

Based on stories by people familiar with branding, this is an attempt to eventually replace the “Nokia” brand name with the “Microsoft” brand name. To do this, start with a small font, then increase the font size of the new brand name, while decreasing the font of the old one in small increments. This allows people to adapt to the change gradually, and at some point, they will prefer to call the product using the new brand name instead of the old one.

Good move by Microsoft. Nokia is such a big name and buying just the physical assets and leaving the name is not wise.

daming marketing experts dito! wow! you should all be working for MS! lol im pretty sure MS knows what the hell they’re doin.