The first thing that comes in to mind when we hear the word Nokia PureView 808 is its 41MP image sensor. However, we can’t help but wonder if it’s all there is to it? Head past the break to find out our thoughts about this cameraphone.

Back in June, we gave you guys a sneak peek to the Nokia 808’s awesome camera by pitting it against the Samsung Galaxy SIII and Canon PowerShot S100. We were expecting that Nokia will send us a review unit a couple of weeks after the media launch, but months have passed and no 808 has arrived at our HQ. 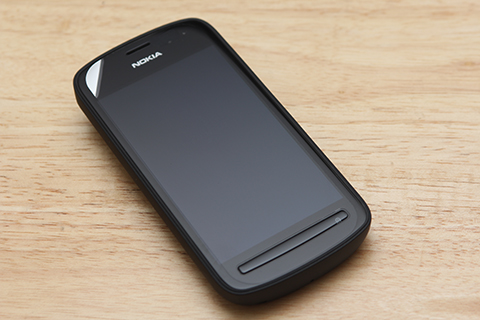 It’s been a long time coming, but we manage to buy our own unit to play around with and we thought of giving you guys the long-delayed review of the Nokia PureView 808.

The Nokia PureView 808 design is a mixture of the 5800 Xpress Music (front) and N86 8MP (back and sides). The result looks like a slightly elongated and bulky Lumia 710 with a big hump on the back. 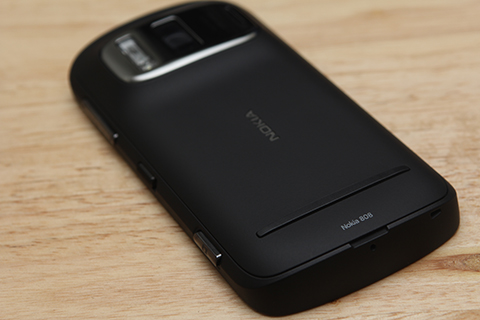 As soon as you pick up the phone, the first thing you’ll notice is how heavy the phone is which is mainly due to its colossal camera. At 169g, this phone may most likely be among heftiest 4-incher in the market. Some may find it a bit cumbersome to hold, especially those who are used to holding a much lighter and thinner 4-inch smartphone. For some, however, the added weight gives a more solid feel to the device.

Having a 1/1.2” CMOS sensor does have its drawback when it comes to the phone’s design. The phone’s body is already thick (13.9mm) as it is. Throw in the camera part to the equation and you’ll get a bulky 18mm-thick mammoth. 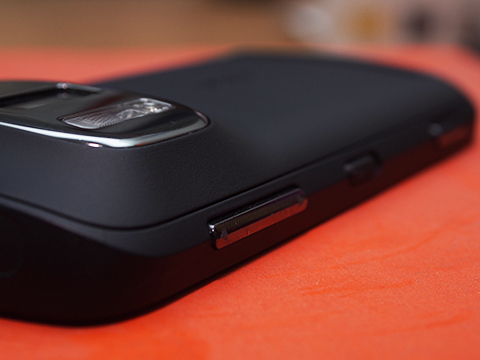 The phone has a matte finish which almost feels like it’s made of brushed metal. It’s only when you take a really close inspection of the handset (like taking off the back panel) will you find out that the device is actually made of plastic. Its finish goes beyond aesthetics as it also makes the phone easier to hold and less prone fingerprints.

Its front panel consists of a 4-inch display with the sensors at the top along with a VGA camera. Below the screen is single horizontal button which is separated into three; Call, Menu and End Call/Power. The left and bottom part of the phone is pretty much a barren real estate with only the eyelet (for the leather hand strap) and reset hole occupying the lower extremity. 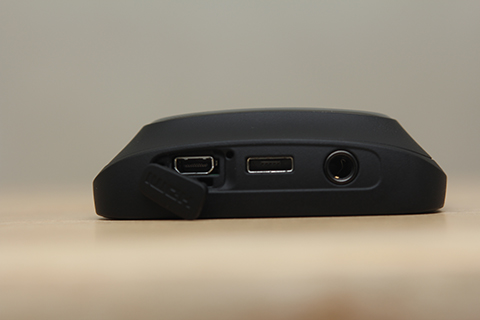 If you look at the right side, it features a familiar layout which comprises of Volume rocker, Lock/Unlock slide and a shutter button. At the top is where the HDMI and USB port is located along with the Audio Jack. Flip the phone on its back and you’ll be greeted with its big 41MP sensor accompanied by a Xenon Flash. 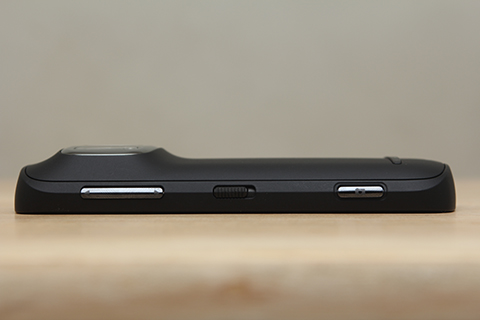 Peeling off the back plate will reveal the 1400mAh battery; underneath it are two slots for Micro-SD card and Micro-SIM. The NFC chip is found on the back plate. 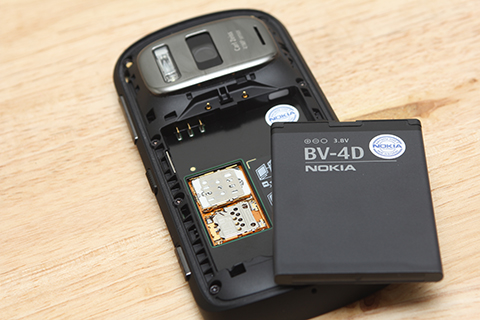 On paper, a touchscreen smartphone with an nHD resolution would certainly give you an impression of poor display quality. The Nokia PureView 808 joins the ranks of its older brethren (5800, N97, N8) which has a 640 x 360 screen resolution.

But before you get your panties up in a bunch, let’s not forget that this phone’s Gorilla Glass-coated AMOLED screen is outfitted with Nokia’s ClearBlack display technology which somehow compensates for its lackluster pixel density (184ppi). As a result, the display provides a good outdoor legibility and produces a more realistic color with outstanding contrast than some other phones with a higher resolution. 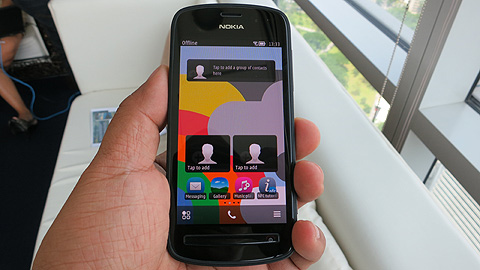 We’re not saying that it can outshine a phone with full HD display; the point here is that the screen isn’t as bad as you might think it is. Although it would’ve certainly made the phone better if it had at least 720p display.

Besides the camera, another thing that makes some of the Nokia smartphone of yesteryears standout is its audio quality. Fortunately, the Nokia 808 shares this characteristic with its predecessors. Even when we’re using its pre-bundled in-ear earphones, we can definitely say that this phone has one of the best sound output in the business. 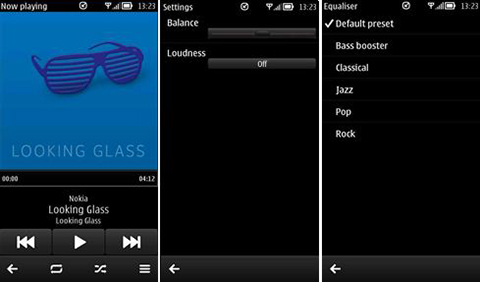 The native music player is a familiar sight to Symbian users and it offers a handful of sound tweaks to enhance the output. Symbian Belle FP1 adds Dolby sound enhancement to the mix which can be activated/deactivated should you wish to do so. The only thing we didn’t like about it is that there’s no option for a user to manually update the songs in the library and you’d have to rely on the app to automatically detect the new songs you’ve recently added.

Its great sound performance extends to the call quality, the voices of the people we were talking to were clear and our voice was audible according to them. In addition, we didn’t experience any dropped calls when we’re using the handset.

Needless to say, the Nokia PureView 808’s crowning glory is its camera, but there’s actually more to it than its 41MP sensor. And because most of us are just overwhelmed by the sheer size of its sensor, we sometimes fail to notice the other key components of the snapper. 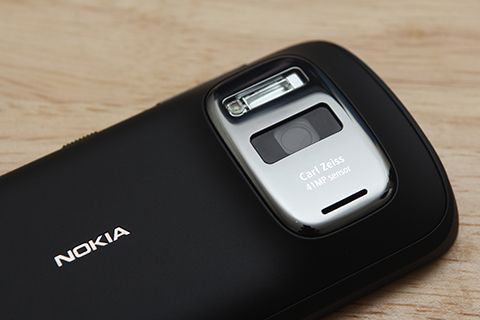 The sensor is paired with a Carl Zeiss aspherical lens with a fixed aperture of f/2.4 and focal length of 8.02mm. When combined, these two features allow the camera to have a superb low-light performance and produce that beautiful bokeh (shallow depth of field) to the image.

Knowing the hardware components is only part of the big picture. The main focus here actually is the software that utilizes each aspect of the camera to produce unprecedented image quality. To give you guys a better perspective on how PureView Pro works, we’ve made a separate article about it here. 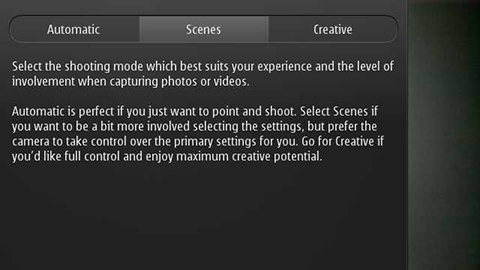 The camera app provides a handful of customization for those who want to be more creative with their shots. For starters, users can choose from these three main modes: Automatic, Scene and Creative. There’s not much customization users can do on the first mode as the app set all the camera settings for you.

Under Scene, users can choose from 8 different scenes plus the Auto option. When shooting under Creative mode, users have an array of customizations at their disposal; from changing the output resolution, down to manipulating the contrast and saturation. 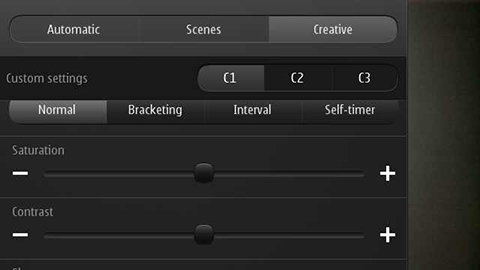 At first we thought we can’t change the Focus mode of the camera, but after some time playing around with it, we found out that long-pressing the screen inside the camera will bring the selection. 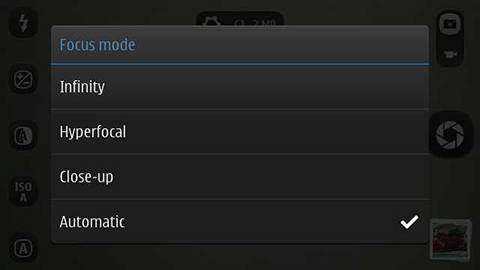 Besides the inconspicuous focus mode selection, another thing that’s frustrating about the camera app is not being able to access the front-facing camera. There’s no option for a user to access the secondary camera inside the UI which is one of the many shortcomings of Symbian Belle. Users can still use the front-facing camera for video calls, but it would’ve been better if they can use it other than that.

You can view some of the sample images we took using the Nokia 808 here.

Being a single-core smartphone, people have a tendency to think that the Nokia 808 is not capable of recording videos at 1080p. So, just to clear up the confusion; YES, IT CAN SHOOT CLIPS AT 1080p and it does it quite impressively.

Last time, we showed you a 1080p video we took with the phone during the afternoon. This time, however, we took a Full-HD clip of the UP Pep Squad in action while inside a poorly-lit room.

Another nifty feature of this phone is that it’s also equipped with an LED light in addition to its Xenon flash. The light doubles as a focus assist lamp when shooting stills and video light to aid you in recording clips in low-light conditions.

The biggest roadblock that people have in getting this phone is its OS. Among the issues that people usually have with Symbian is its app offering and the fact that the platform is nearing its end. This may very well be the Nokia 808’s Achilles heel, one that you’d have to live with if you’re planning to own one. 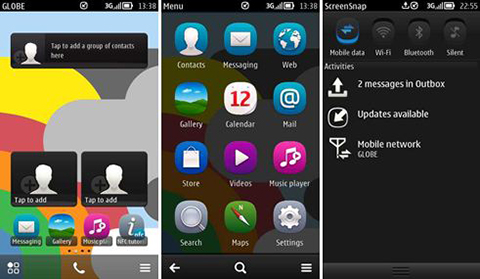 In addition to its aging OS, the phone’s engine isn’t also helping the device to attract potential buyers. In today’s standards, a 1.3GHz single-core ARM 11 processor with 512MB RAM configuration may easily be categorize in the entry-level department. As far as performance is concerned though, we were actually pretty satisfied with it for the most part. It was able to handle most of our basic smartphone needs, although not as smoothly as we wanted it to be.

However, the true power of its processor lies on its image processing prowess. We doubt that any of the high-end smartphone in the market can match the processing speed of this phone in terms of handling videos and images. Its ability to record clips at 1080p (given that the phone only has a single core processor) alone is just an example of the processor’s remarkable capability.

Having an extra half an inch in the display has certainly made typing a lot easier and more comfortable, although the keyboard layout may take a bit of getting used to especially if you’re transitioning from other platforms. 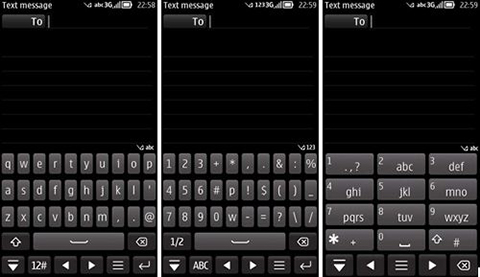 Another aspect of the Nokia 808 that makes people not to want buy it is its measly 1400mAh battery, especially because they don’t have the luxury of testing the handset extensively before buying it. In reality though, it actually has a good mileage sometimes even besting other smartphones with a bigger power source.

Back in the good old days when Nokia was still at the top of the chain, one of the strongest features of their flagship devices is its camera. Earlier this year, the Finnish company has once again shocked the mobile world with the release of the Nokia PureView 808 with its 41MP image sensor. Sadly, however, the phone was forced to take the back seat to give way to the Lumia handsets.

Camera aside, we think that Nokia PureView 808 is still a very decent phone. It may not have the gazillion apps that other platforms offer, but it has the basic applications that one would typically need to get through their day. 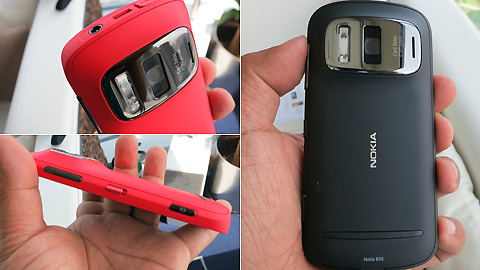 As for the OS itself, as I’ve mentioned earlier, that’s one of the aspect of the phone that you’ll have to live with if you’re eyeing this device. But it isn’t all that bad, considering that the device still has a couple of solid years left in its tank before Nokia totally discontinue the OS. And besides, by the time Symbian reached the end of its career, we assume that you’ve already traded the Nokia 808 for a better phone.

All in all, I didn’t regret buying the Nokia 808 despite some of its limitations. To me, it’s like buying a decent point and shoot camera with phone functionalities on the side. If you’re a camera buff and you don’t mind Symbian’s shortcomings, then the 808 is the right device for you.

What we liked about it:
• Outstanding camera
• Good battery life
• Premium build

What we didn’t like about it:
• A bit bulky and top heavy
• Sensor part is prone to scratches
• The OS