In this day and age when 5-inch smartphones have become the norm, it’s refreshing to actually use a smaller handset like the O+ 360 Alpha Plus as our daily driver for the past couple of weeks while we were writing this quick review.

The Alpha Plus, like all of the devices that O+ has released locally, came in a neat and well-thought-out packaging. It’s one of those things that consumers, and admittedly even us, easily take for granted because we were so focused on the actual device that we rarely take a second to commend these little things. 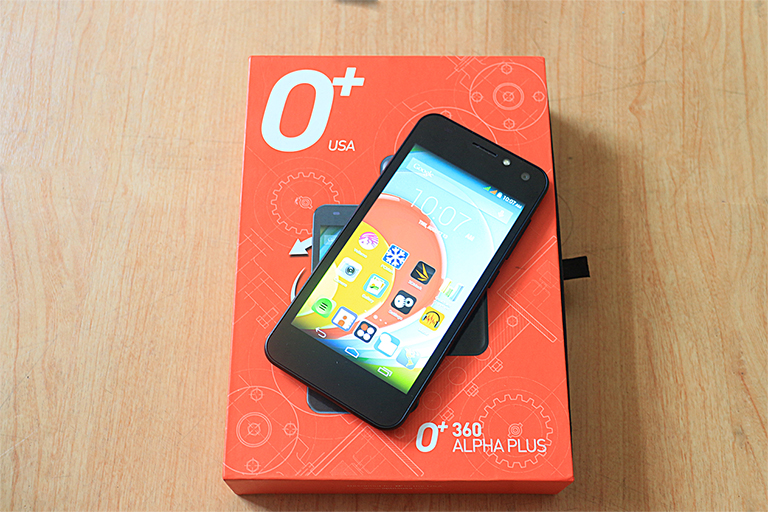 The handset itself is neatly placed inside the box, along with the pre-bundle accessories that came with it which include the white red-tipped USB cable, wall charger, and an 8GB MicroSD card. Instead of a fancy Sennheiser headset found on its pricier siblings, the Alpha Plus only comes with a generic earphone that follows the same color scheme of the USB cable.

At a distance, the O+ 360 Alpha Plus can pass up as an iPod Touch sans the physical button. This is largely credited to the handset’s thin profile with a flat back and rounder corners. At close quarters though, the handset looks and feels nothing like Apple’s flagship media player which is mostly due to the non-premium make of the device.

This is not to say though that the Alpha Plus is ugly. As a matter of fact, it’s one of the better looking smartphones in the sub-Php6k price range. 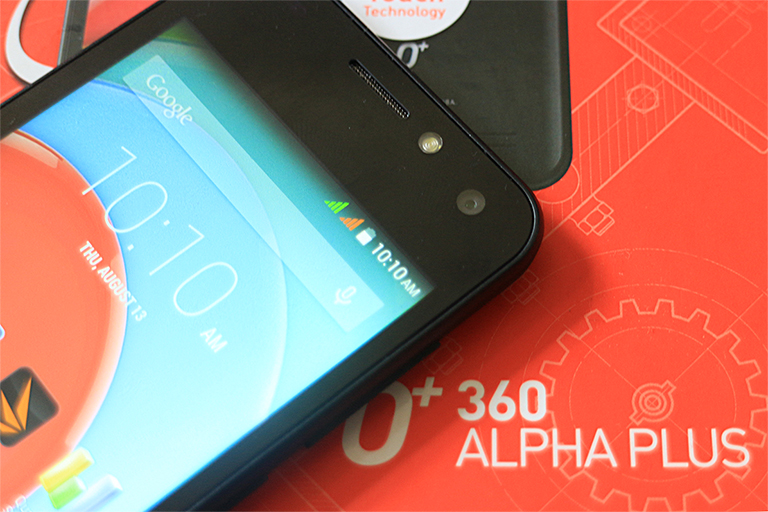 Found above the Alpha Plus’ 4.5-inch display is a 5-megapixel camera neighbored by an LED flash unit, the earpiece, and a sensor. Right below the screen are three capacitive buttons for back, home and menu.

On the right side you’ll find three physical keys for volume adjustments and power. Meanwhile, audio jack and microUSB port are located at the top of the device.

The first thing you’ll notice around the back is the handset’s 5MP rear camera with its accompanying LED flash. Just below it is a sensor that enables the company’s trademark 360 Touch Technology. Lastly, the speaker grill is found at the bottom-right just below the “Designed for O+ in USA” phrase. 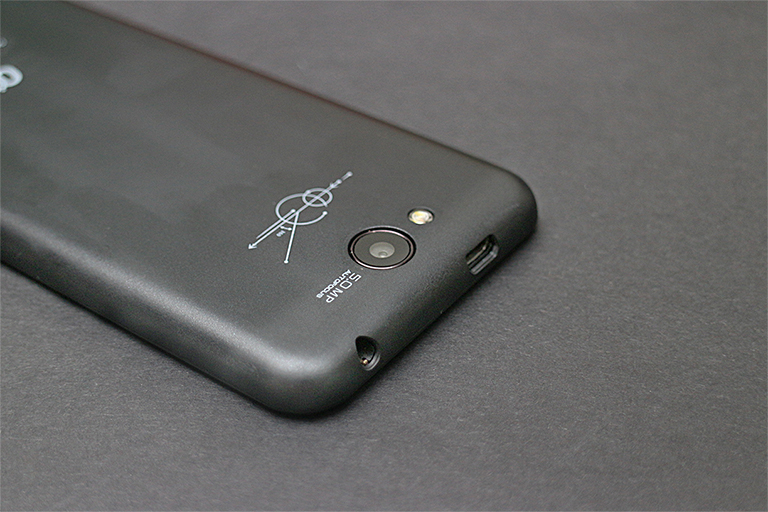 Changing/placing two MicroSIM cards on this device requires that you peel its removable back cover and remove the handset’s 1500mAh battery pack first. Once that’s done, you’ll be faced with a rather unusual setup that can be rather confusing even for someone like us who do this for a living.

The SIM 1 slot accepts full-size SIM card and is placed at the bottom of the SIM 2 slot (which accepts microSIM card by the way) and the MicroSD slot. Not only is the placement of these slots baffling, taking the SIM cards out can quite a chore especially for those with sausage fingers like myself.

Considering that the Alpha Plus shares the same engine as the Acer Z520, we were expecting to get the same benchmark scores on this affordable smartphone. 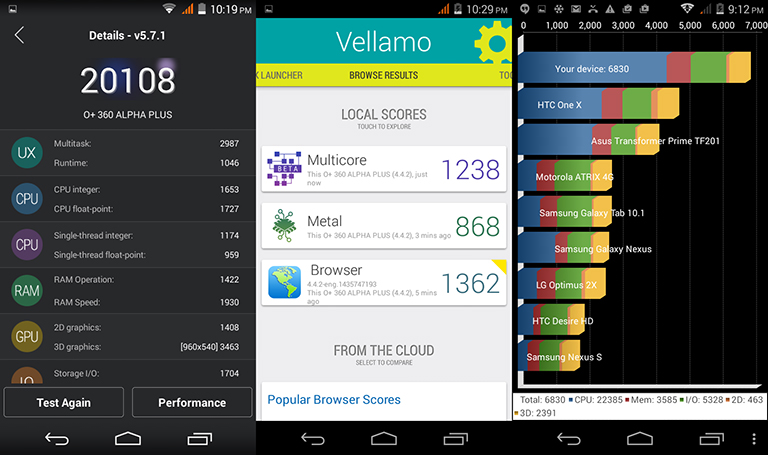 True enough, the scores were somewhere in the range of what we got from the similarly-spec’d handset from Acer. The Alpha Plus is certainly not a chart-topper, but should have enough muscle to effortlessly handle basic tasks and some average 3D games with a little bit of effort.

And since we’re comparing these two similarly-priced smartphones, it’s also good to note that the Alpha Plus comes with a smaller battery pack, 25% to be exact, than the Z520. Despite only having to power up a smaller screen, the Alpha Plus’s power source just isn’t enough to keep it on long enough to better the Z520 in the PCMark battery test. 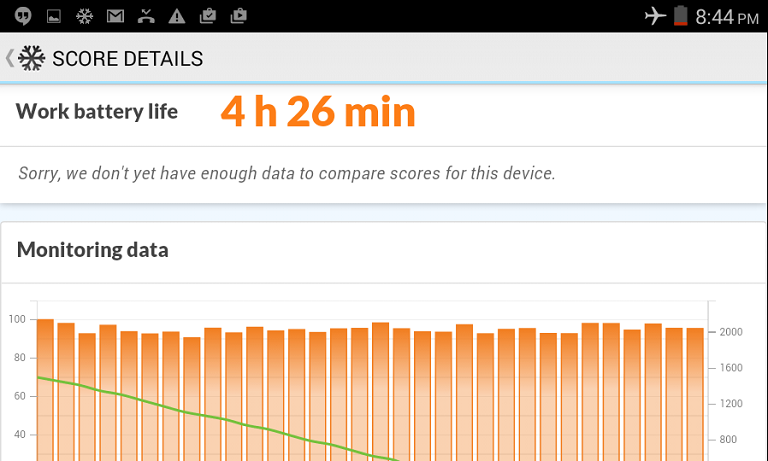 The O+ 360 Alpha Plus is a feature-packed smartphone at an affordable price. The company’s 360 Touch technology and the decent front-mounted camera with LED flash offer more value to consumers who are looking for a dual-SIM smartphone with limited budget.

Of course, it’s a different scenario if you can throw in a couple of grand because at that point you’re better off getting one of the better spec’d smartphones from our list.