With the introduction of the O+ Air, O+ USA has officially entered the competitive market of octacore smartphones powered by Mediatek. Both global and local handsets have been releasing a lot of the MT6592 chip since the start of the year so it’s interesting to see how they packaged their device. 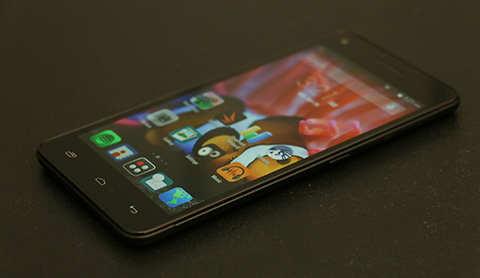 The name O+ Air suggest that the company is focusing on the very slim profile of the handset on top of its other core features. With a dimension of just 6.8mm, we believe it’s the thinnest octacore smartphone ever released both locally and abroad.

Right out of the box, the slim and very light profile of the device is evident. In fact, it’s got some very cunning similarity with the iPod Touch with its all-glass front panel and metal back plate and a smooth, rounded edge. The O+ Air comes in a soft matte finish in a deep dark color. The HD display uses a dual crystal luminous display developed and coined specifically for O+. We believe it’s almost the same zero-gap, luminous display technology that Acer has implemented in some of its mobile devices.

Despite the 720p resolution, the display quality is very good and the viewing angles are very comparable to your typical IPS panel. The advantage of using 720p resolution versus a 1080p display is that the Mali 450-MP GPU is more than capable of handling the pixel density of the former making the display graphics more responsive, smoother and more fluid. 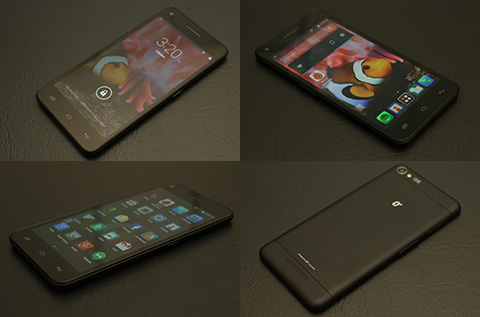 Performance-wise, the benchmark showed slightly higher scores compared to other handsets running MT6592 chip before, most surprising of them is the NenaMark2 score of 68.5fps followed by Vellamo scores.

The rest of the scores are typical of an MT6592 chip. We’ve yet to test how long that 2,000mAh battery would last in our standard battery bench. Perhaps one of the more competitive advantage of the O+ Air is having Android 4.4 Kitkat available right out of the box.

So far, here’s what we think of the O+ Air so far after a couple of days using it:

Check out our full review in a week or two.