O+ USA unveiled its newest smartphone called the Ultra 3.0 a few days ago, touting up to a whopping 144GB of combined storage as well as an Ultra HD camera and a 3,500mAh battery, among other features tucked in. Here’s your first look at the brand’s newest flagship smartphone.

The Ultra 3.0 is packed in a box, unlike a few smartphones that came before it. Inside the package are the basics you’d normally receive from O+ which includes a free screen protector and a USB-OTG connector. Unlike other devices we’ve reviewed in the past, it’s worth noting that the color scheme was not consistently followed this time around — you get a black-colored in-ear headset, a plain white USB cord, and only the USB OTG connector is in the original O+ red and white colors. 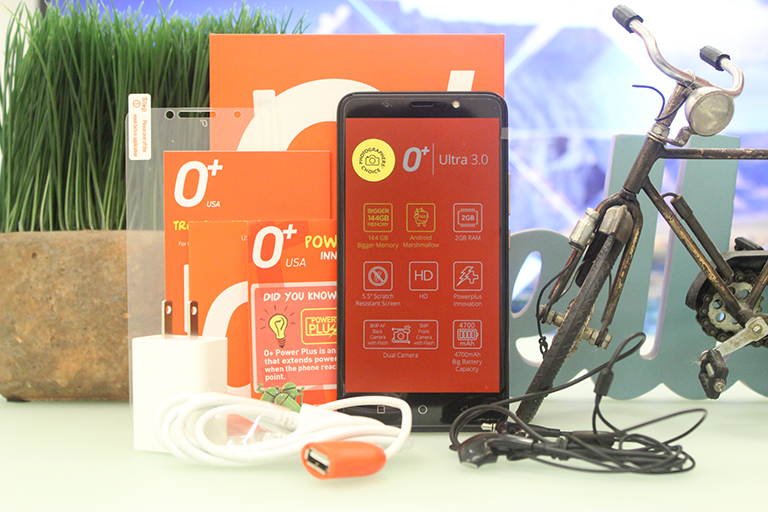 The star of the show, the Ultra 3.0 might look a bit reminiscent of their trademark design, but this is constructed a lot better than other smartphones that came before it, and is on par with how they did with the O+ M. The usual sensors are placed at the top along with the 5MP front camera and the call speaker. 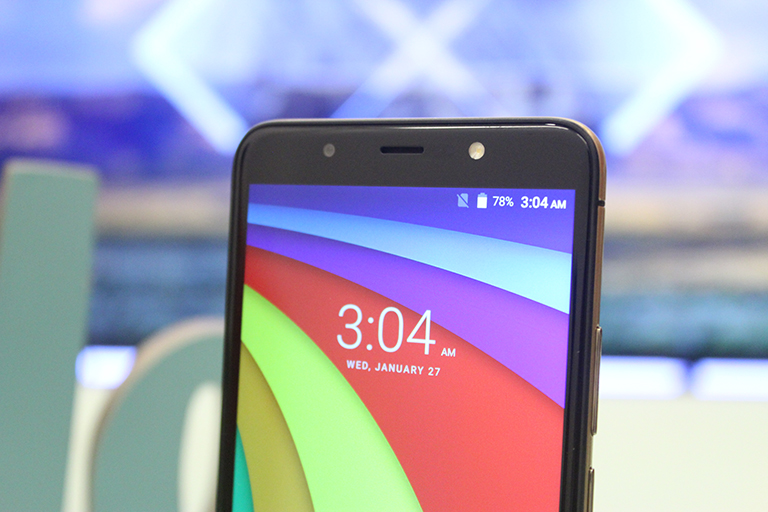 Right below are capacitive buttons that do not emit light. There’s also the 2.5D screen that covers the whole face of the device, and it feels better to navigate on the screen as a result. 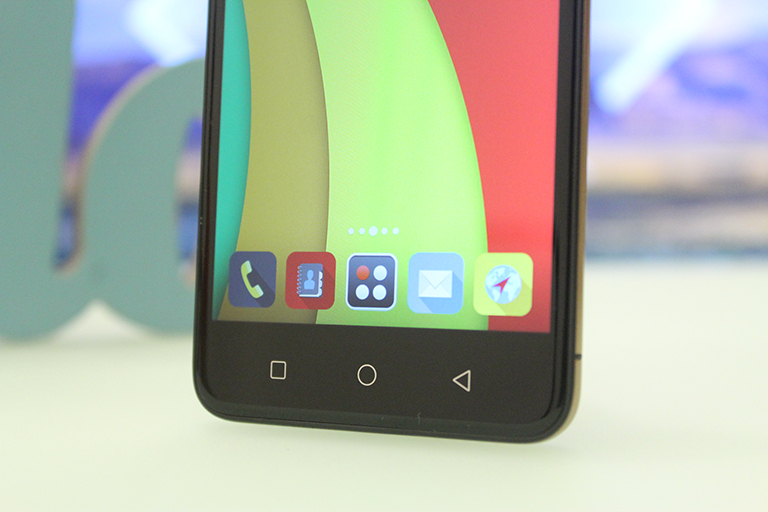 The sides are constructed of brass metal and are curved outwards which gives a better overall grip of the device. There are also two short antenna bands symmetrically placed on both left and right sides of the device for a better signal reception. The volume rockers and the power/lock button are placed at the right side as well. 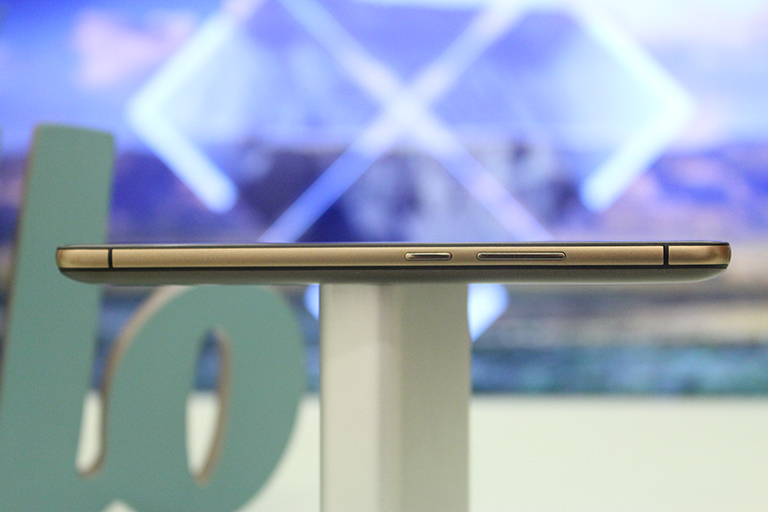 The microUSB port is located at the bottom of the device, along with two rows of speaker that are placed beside it. Like other smartphones that have implemented this design, only the right side emits stereo sound while the left side is mainly for balance aesthetic. 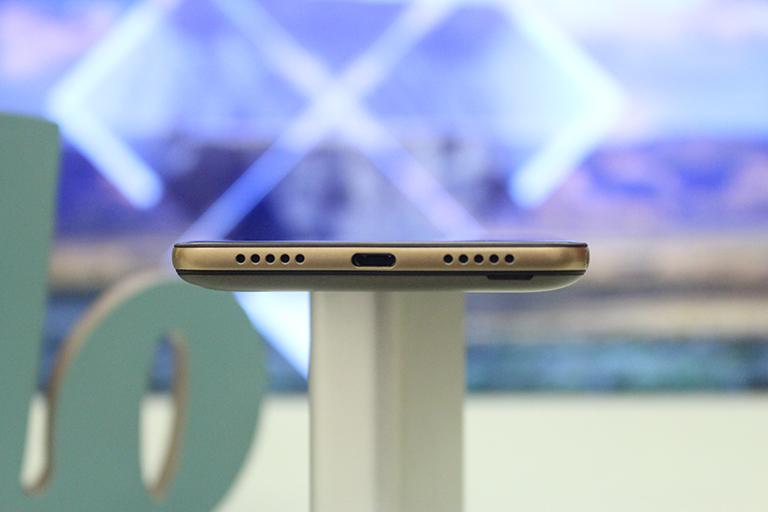 At the top, we have the 3.5mm audio port edging out at the back part, but is in no way protruding. 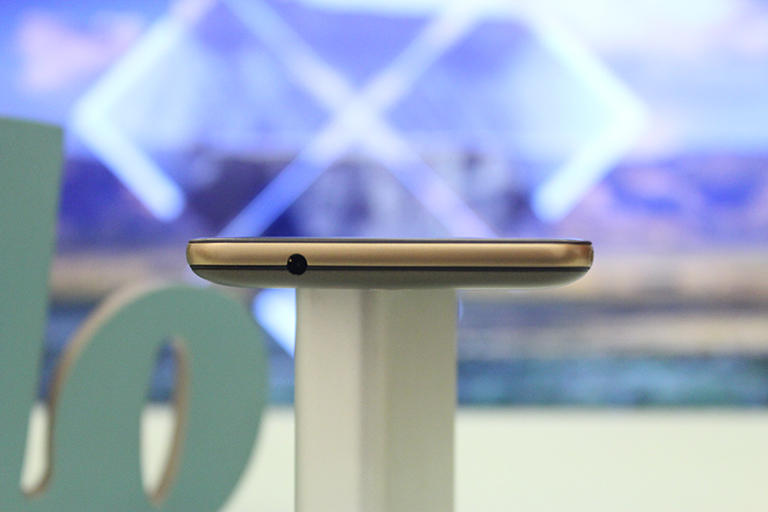 We flip the device over, and have the curves going into its polycarbonate back. We have the eight-megapixel rear camera at the top-center emblazoned in a brass outline, and the lone LED Flash and the O+ branding below it. Donning an espresso color, it is finished with mineral shine and a matte texture, with a few fingerprint smudges appearing to be visible. 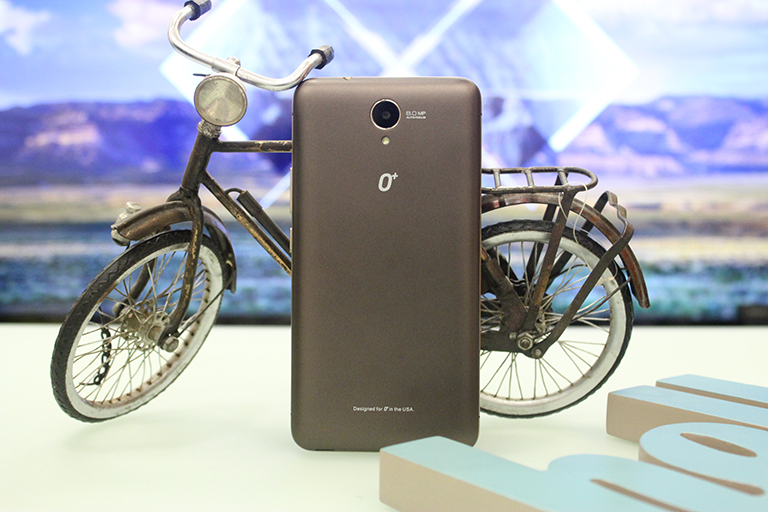 Opening the device, we were surprised that there are only two slots which are reserved for micro SIM cards and the non-removable 4700mAh battery. As it turns out, the microSD card slot has been sealed and built into the phone’s internal memory (removing will void the warranty) as what Android Marshmallow’s feature is. The device has a total of 117GB free internal storage memory to store all your apps and media files. It’s  one of the largest internal storage spaces we’ve seen on a sub-Php10K range to date. 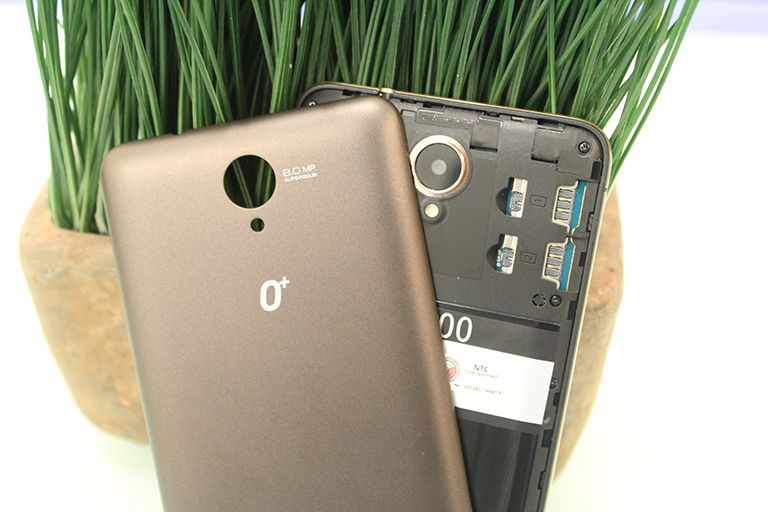 To sum up our first look on the device, we think O+ is going in the right direction with the Ultra 3.0 if we’re talking of physicalities — the brown espresso color is slowly becoming its trademark color, and the use of brass in its side frames made it look a lot more premium than their other devices. 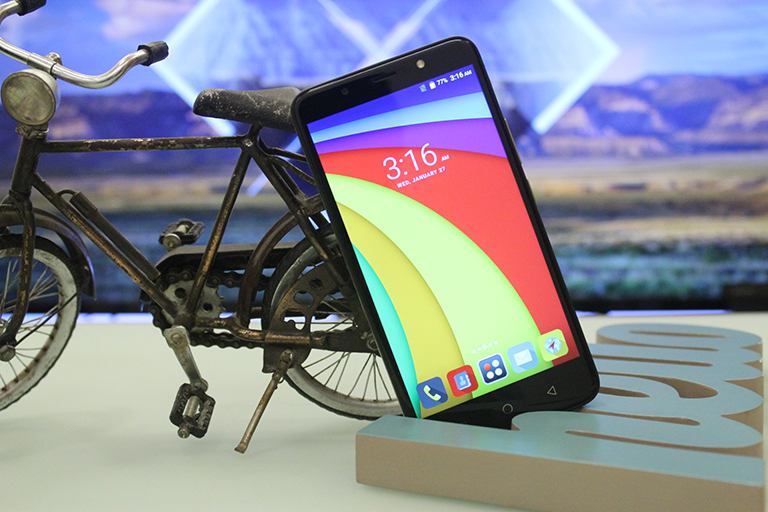 The O+ Ultra 3.0 is available in stores for Php8,995. It may be pretty, but does the espresso beauty run skin deep? We’re going to take the newest smartphone from O+ for a spin and a full review in the upcoming days, so stay tuned.