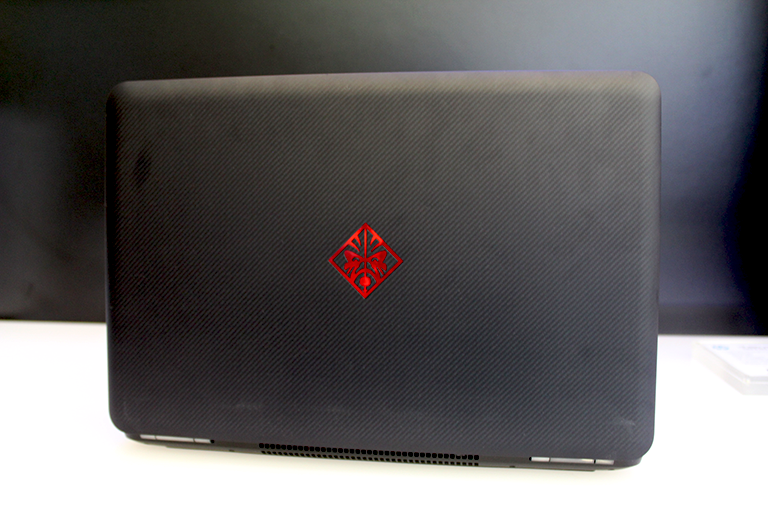 All gaming devices from HP will now be under the Omen umbrella this time on, eliminating the Envy series. As such, the Omen design language strikes with black and red hue accents that are usual of gaming device lines.  The overall polycarbonate build with carbon fiber texture details on most of its matte body surface eliminates most of fingerprint smudges within the naked eye. The overall build may be a good choice for a lighter and more portable gaming laptop at 2.2kg, but could also be susceptible of more wear and tear as time goes by. 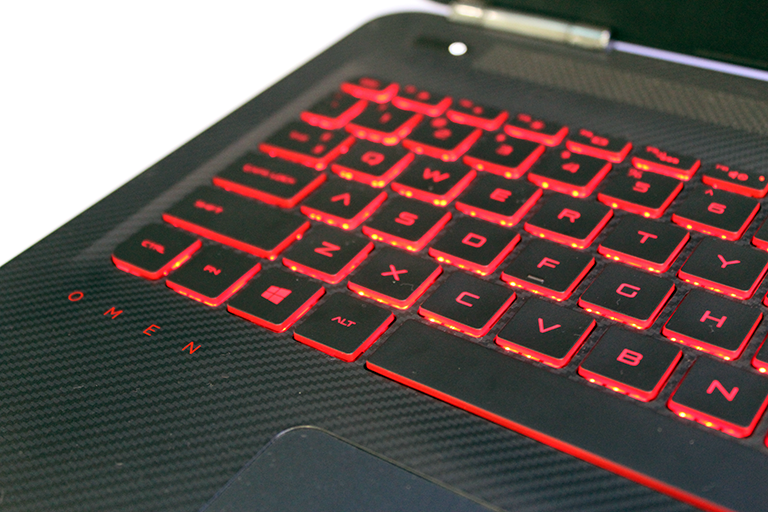 You get to have a full-sized keyboard, emitting a nice red backlight that continues from the surface to the key’s sides,  complete with a numerical keypad at the side. Pressing them isn’t slippery, and has a good tactile feel. This may be good, but the lack of macro keys for customizable shortcuts might displease users with a lot less left to dedicate their in-game functions. 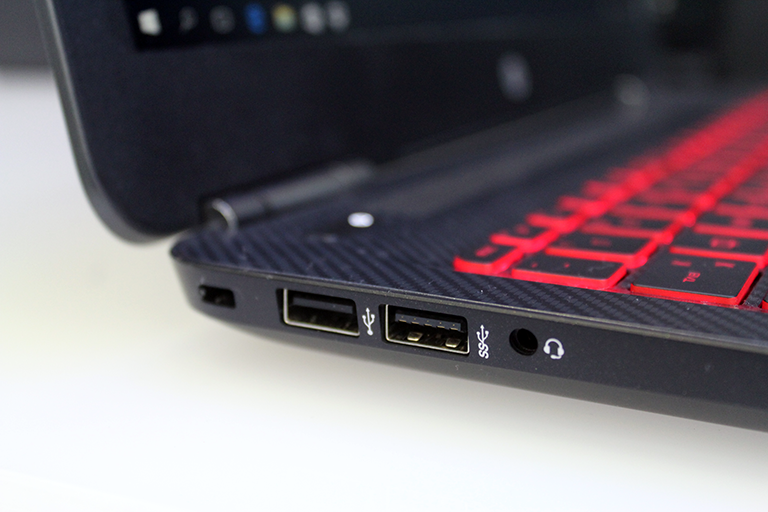 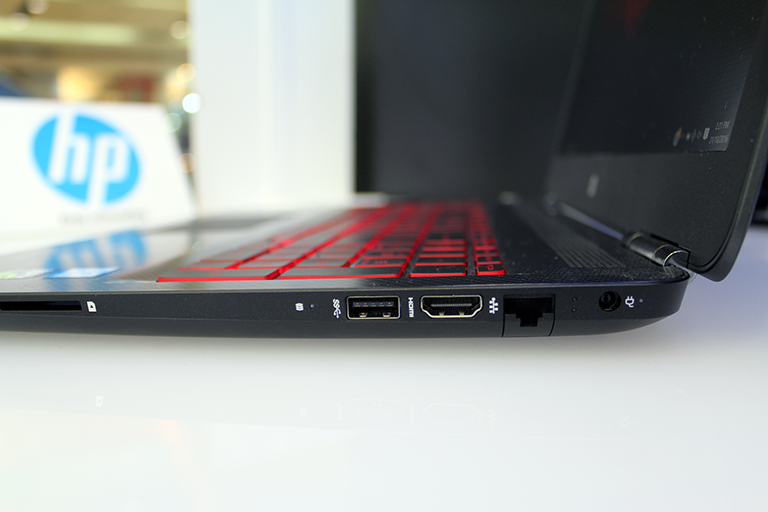 It’s also one of the thinnest laptops around, as seen from its sides, which also affected the number of available ports you can use. There are only two USB 3.0 ports, a card reader, a USB 2.0 reader, a Kenningston lock, an HDMI port, an audio port, and an RJ45 Ethernet port for wired internet connecttivity. Despite that, the ports are placed in a way that wouldn’t be a distraction to, say, when you use a mouse or other peripherals. 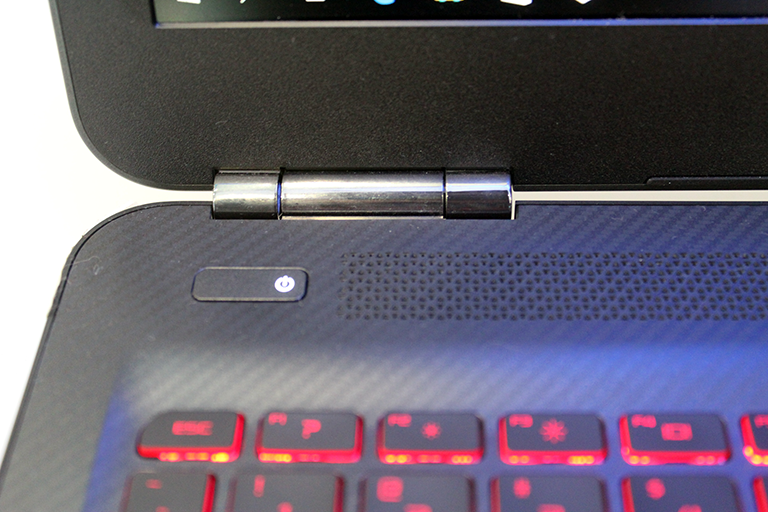 Two separate chrome-colored hinges connect the display from the main body, which we find a little stiff when opening or closing the device. There’s also a stereo speaker made by Bang and Olufsen, as well as the power button on the left side.

Speaking of display, the 15.6-inch IPS panel emits good colors and decent contrast, and can be viewed nicely on most angles. We, however, find the bezel a bit thick compared to other gaming laptops. The HP Omen 15, made in three hardware configurations, is now available in authorized dealers with prices ranging from Php54,999 for a modest 8GB RAM/Full HD combination, to Php79,999 bearing an Ultra HD display and 16GB of RAM.