Two more flagship devices will arrive in the country and will most likely divide the hearts of Filipinos — we have the OnePlus 6T and the Xiaomi Mi 8 Pro. Which one to choose given their respective prices? Find out below: 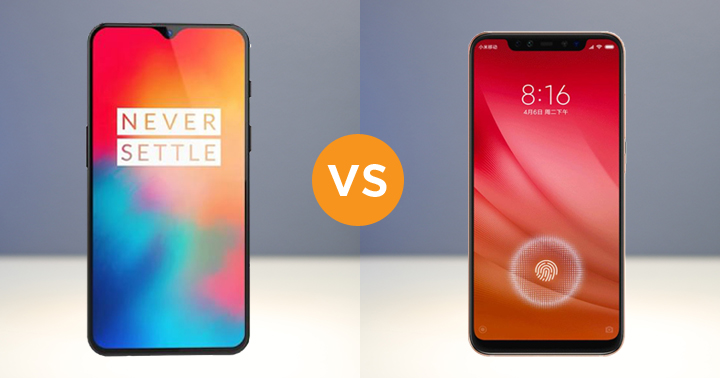 Before we dive in, here are their specs:

The OnePlus 6T definitely overwhelmed the Mi 8 Pro in many aspects so let’s discuss them.

OnePlus 6T has the overall advantage in terms of display specs. Aside from the smaller notch design, it has a larger screen size that is covered with a Corning Gorilla Glass 6. For users who are fond of watching movies or videos, this is the better pick over the Mi 8 Pro. In case you’re wondering, the Optical AMOLED panel of the former doesn’t have a significant difference over the Samsung AMOLED ones since it is basically just a rebranded panel.

No issues with the overall performance of both smartphones as they have the same Snapdragon 845 flagship chipset, which means we can expect a smooth experience on both phones whether they’re basic tasks or gaming.

In terms of cameras, the OnePlus 6T has higher rear main and secondary camera resolutions while the Mi 8 Pro has a higher front camera resolution. Do note that the quality of the photos produced DO NOT solely depend on the number of pixels a camera has. We’ll know more once we have both devices on hand.

While both smartphones didn’t change their camera configurations from their predecessors, both companies said that it improved its features and capturing capabilities. Unfortunately, we don’t know how will they perform yet so that’s something to look forward to in our review.

The Mi 8 Pro is better than OnePlus 6T when it comes to the Face Unlocking feature. The former’s IR Face Unlock is better than the latter’s normal unlocking technology since, from the term itself, the former uses infrared sensors to fully scan the user’s face which works even in dark environments.

Last but not least, the OnePlus 6T has a larger battery capacity than the Mi 8 Pro. At 700mAh difference, that’s a lot, so we can expect the former to have a longer battery life.

If you’re a smartphone user who loves to watch videos, plays games, and is eager to experience what Android 9 Pie has to offer, then OnePlus 6T is the right pick. However, if you are fond of taking selfies, better face unlock technology, and fancy transparent back panel, go with the Mi 8 Pro.