Ahead of the OnePlus 7T series launch, renders and specs of the upcoming smartphone have leaked online. The renders show the OnePlus 7T in two colors, namely Glacier Blue and Frosted Silver. It’s shown to have a 6.55-inch display with a drop notch, surrounded by slim bezels. The device is reported to be equipped with a 90Hz display, Snapdragon 855+, 8GB RAM, and 128GB of storage. On the rear sits a triple-camera setup, arranged inside a circular module. 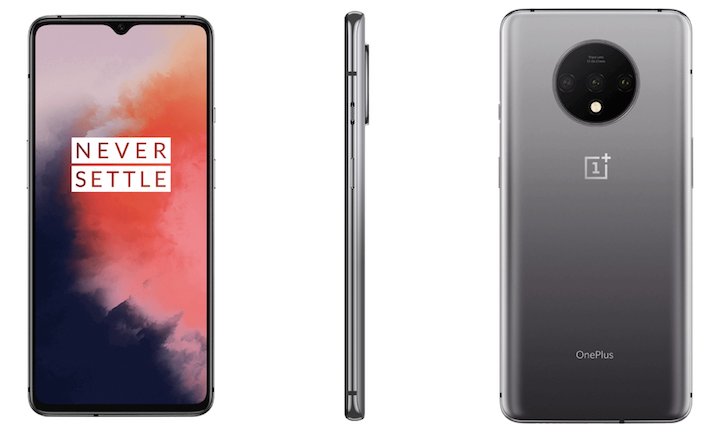 Meanwhile, the OnePlus 7T Pro is seen in the Glacier Blue color and has an almost-full screen display that’s said to be a QHD+ panel. Similar to the OnePlus 7 Pro, the 7T Pro will have an elevating selfie camera. The triple rear cameras are stacked vertically.  The cameras are reported to be composed of 48MP + 16MP + 12MP shooters. 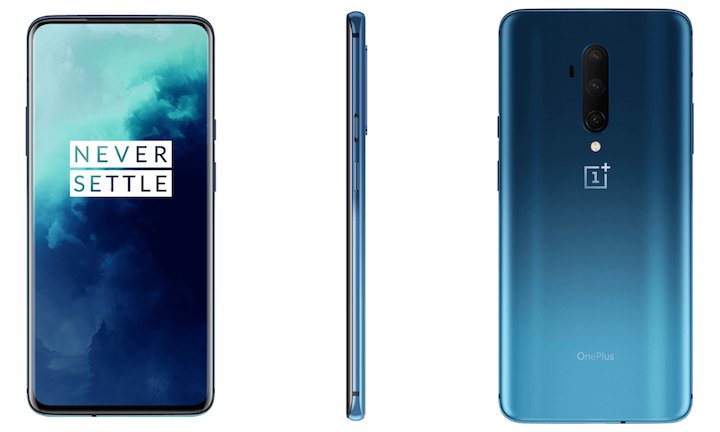