OPPO has recently launched their newest selfie-centric device — the F1s. It sports a 16-megapixel front camera for your self-portrait needs as well as an all-metal body. Let’s take a closer look at the smartphone in this hands-on article. Or better yet, check out our very quick video showing the physique of the handset before reading on.

The F1s sports a 5.5-inch display with fairly slim bezels. Its resolution maxes out at 1280 x 720 making it an HD display. Also seen here is the fingerprint scanner for added security — making sure that your selfies aren’t easily accessible by just anyone. It is rounded which, together with its entire face, reminds us of some of the previous Samsung Galaxy handsets. The scanner is in between two capacitive buttons with back light when pressed.

If you still haven’t noticed, the design is pretty much like the F1 Plus so if you’ve been a fan of how the previous model looks, then you’d have no gripes with the new F1s, aesthetics-wise. 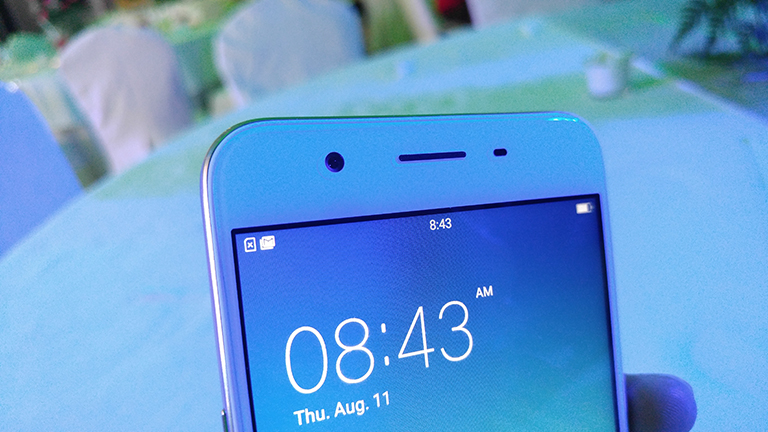 Up top and a bit to the left is the unassuming front camera that packs a 16-megapixel sensor. It’s been equipped with an F2.0 aperture which should help provide more than decent selfie shots. 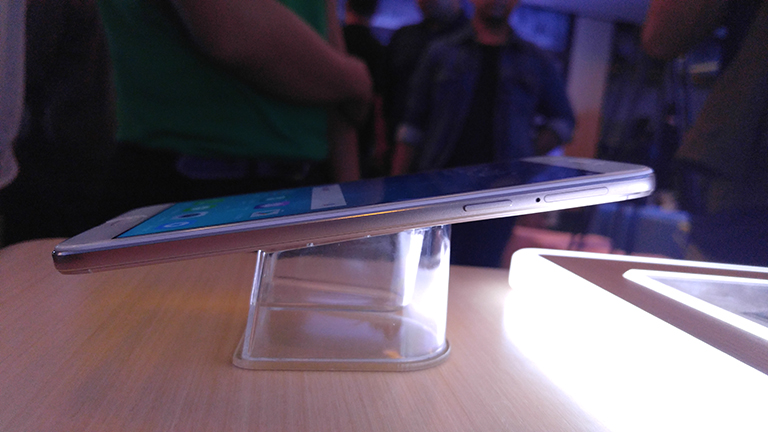 The right side has the power/lock button seated next to the SIM tray. It’s easily accessible by the thumb which makes it convenient to unlock and lock even with just one hand. 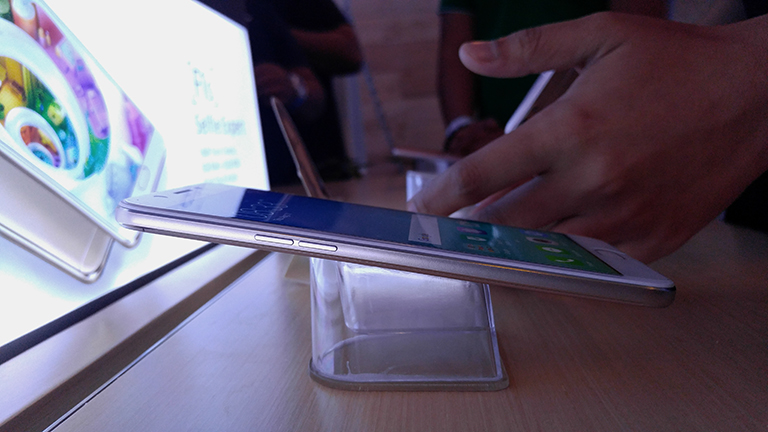 Meanwhile, on the left is the volume rocker with separate buttons. Apart from those, the sides are embedded with chrome accents that add a bit of bling on its overall physique. 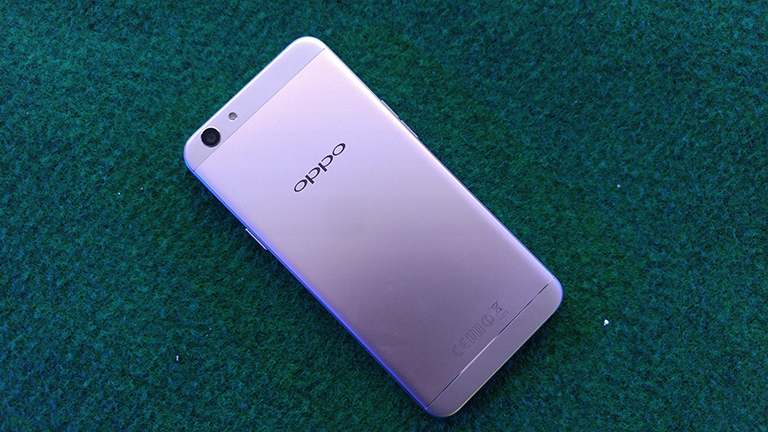 The rear is populated with a lower but still capable 13-megapixel camera for non-selfie shots and is accompanied by a single LED flash to use during low light situations. The company designed it to have a segmented back which is divided by the same chrome strips we see running around the device.

Its  back panel is neat with the company’s logo placed at the upper half of the handset. 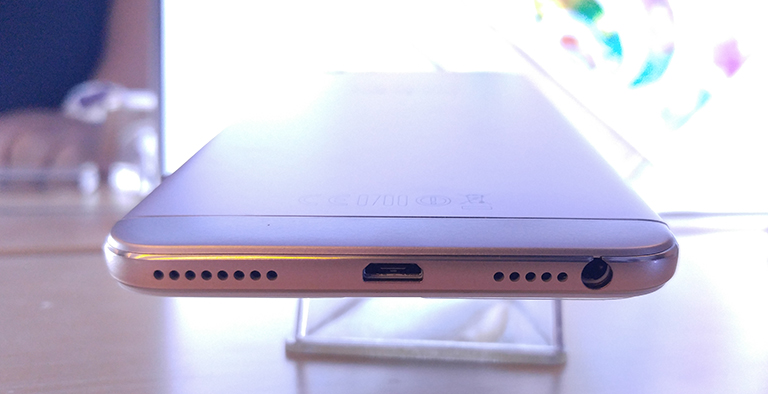 Checking down under, we have the port for charging and transferring files. OPPO still stuck with a microUSB instead of a Type-C which is slowly becoming the trend for newly-released phones. Also situated here is the speaker grille which, during our brief time of testing its audio performance, sounded decent but nothing spectacular.

We also see here the 3.5mm port for plugging in additional headphones. It’s pretty much squeezed to the leftmost corner giving off a visually uneven setup. 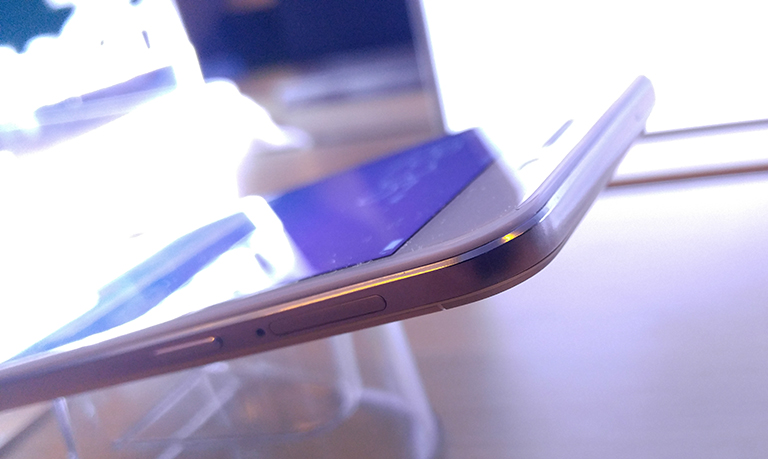 The device generally has a curve, although minimal, that makes it sit at the hands comfortably. Although, we also thought that it’s a bit thick to hold during the short time we’ve spent on it. 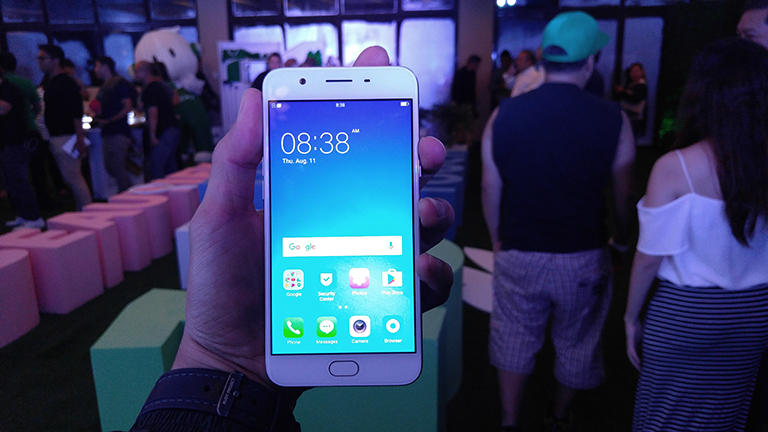 Inside, the OPPO F1s sports an octa-core processor from MediaTek, 3GB of RAM, and 32GB of internal storage. It could support up to 128GB of expansion using an additional microSD card. The company will be lending us a unit for review so stay tuned for our verdict after a while.

The OPPO F1s is priced at Php12,990 and will be available on August 19 via OPPO Home Credit with a wide release on August 20.