OPPO just announced the Find X here at the beautiful Louvre Museum in Paris France. The OPPO Find X is their latest flagship smartphone from the newly revived Find series.

The Find X is a huge statement for OPPO as it also announces its formal entry into several European countries. The smartphone has a unique approach to all the attempts of manufacturers in reducing the display bezels and maximizing the screen real estate without resorting to that unsightly notch that everyone else has. 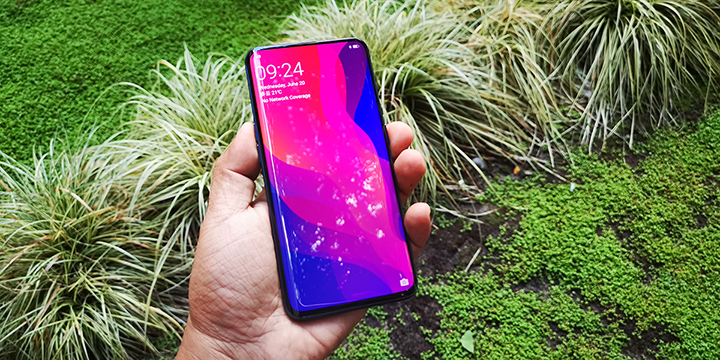 Called the Stealth 3D Camera, the camera system actually slides out from the top part of the phone, revealing the dual rear cameras at the back and the selfie camera up at the front. The module automatically slides out when you launch the camera app and goes back in when you close the camera.

This approach allowed OPPO to have full use of the front panel, giving it a large 6.4-inch OLED display with a record-breaking 93.8% screen-to-body ratio, almost 10% higher than current flagship smartphones like the Galaxy S9/S9+. The slightly curved edges of the display (OPPO calls it the Panoramic Arc Screen) also gave it a more seamless profile and almost bezel-less look, a design direction that’s obviously inspired by the Samsung Galaxy S-series.

Nevertheless, it’s a novel approach and is something that we’ve not yet seen before or a conversation piece, if you will. Suffice it to say, the OLED display looks gorgeous even if the resolution is just full HD.

It’s a fairly huge device, one that is more comfortable handling with both hands. Since the whole body is covered with Gorilla Glass, it’s also slippery and a smudge-magnet. We’re also curious as to how OPPO can find a solution for a protective case for the Find X despite that sliding mechanism for the camera. Of course, being a flagship device, the OPPO Find X is powered by the latest Snapdragon 845 chip from Qualcomm and this is paired with 8GB of RAM and up to 256GB of internal storage (variants of the memory and storage combination may differ from country to country).

The dual camera at the back is a combo of 16MP and 20MP with phase-detection auto-focus and optical image stabilization while the front-facing camera is a whopping 25-megapixel shooter.? We’ve yet to test the camera since the units we got were still pre-production. Due to the mechanical moving parts of the camera system, the Find X skipped any attempts at IP67/68 water resistance rating and instead of the typical fingerprint scanner, OPPO uses 3D Face Recognition for unlocking the device. We understand not having a microSD card slot since the storage options are very generous but skipping the 3.5mm audio port just seems like it was following a trend.

For the battery, there’s a 3,730mAh Li-Ion battery that should be enough to power the smartphone for a whole day’s use. What OPPO is focusing on is its VOOC Flash Charge technology that’s one of the fastest in the industry today. Even the OPPO Find X Lamborghini Special Edition model comes with Super VOOC technology, allowing the phone to be fully charged in just 35 minutes. Now that’s a record time for a smartphone.

In a sea of flagship phones, OPPO manages to stand out from the rest and boast of novel approaches and unique designs. The OPPO Find X is a testament to that.

OPPO is scheduled to release the Find X this August but the 999-euro price tag might be a lot for an asking price. Detailed specification and pricing for the Philippines have yet to be revealed as well. 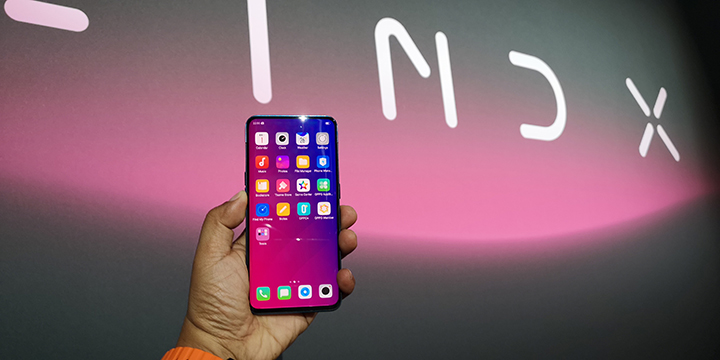