We often see smartphone makers partner with automotive brands like McLaren, Porsche, and Lamborghini for limited edition smartphones. These are cool devices, but what if you’re a fan of something else? Well, that’s what OPPO did with the release of the Reno Ace Gundam 40th Anniversary Edition. Only 30,000 units were released worldwide, so check out our review below. The Reno Ace Gundam 40th Anniversary Edition pays tribute to the iconic Gundam RX-78-2 piloted by protagonist Amuro Ray, from the very first Gundam series, Mobile Suit Gundam. The accents used in the smartphone’s design are that of the RX-78-2’s signature colors: red, blue, and yellow/gold. Mainly metallic silver in hue, the body of the Reno Ace Gundam edition is pretty reminiscent of a mobile suit’s frame. 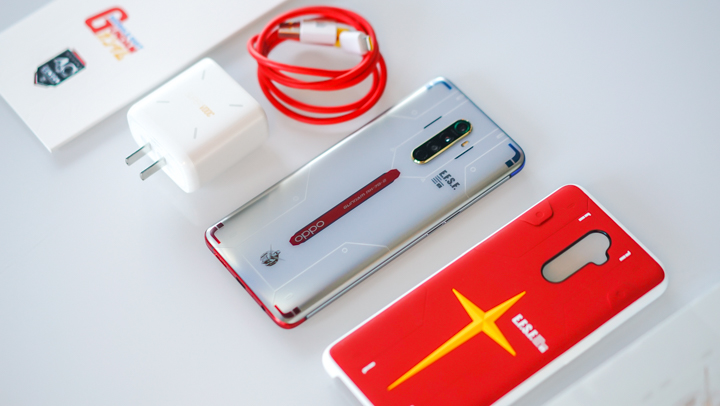 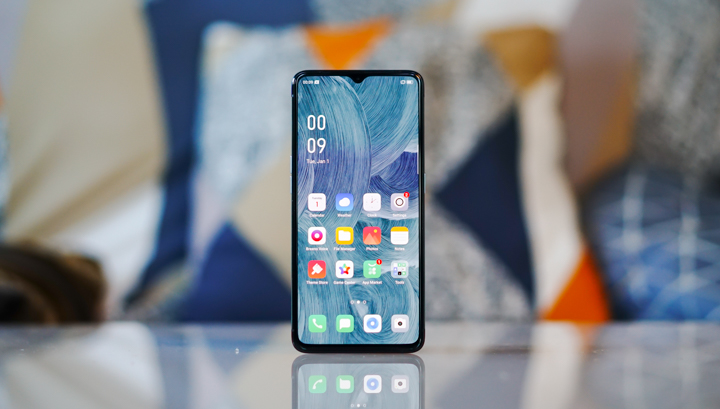 In the hands, the Reno Ace feels robust and high-end. The handset is also comfortable in the palms, due to its slightly curved rear. Its frosted glass back is pleasing to look at and a wonder to hold among all the smartphones with smooth, slippery glass rears. Despite being frosted, fingerprint and smudges still tack onto it. Thankfully, OPPO included a case in the package. As this is the Gundam edition, OPPO included a case in the box, designed with the RX-78-2’s shield. Housed in a gold-accented module on the rear are the smartphone’s four cameras, consisting of a 48MP f/1.7 Sony IMX586 main, 13MP f/2.4 telephoto, 8MP f/2.2 ultra-wide, and 2MP f/2.4 mono cameras. The module is slightly raised from the body, but it’s not bothersome, nor does it make the device wobble on a flat surface. 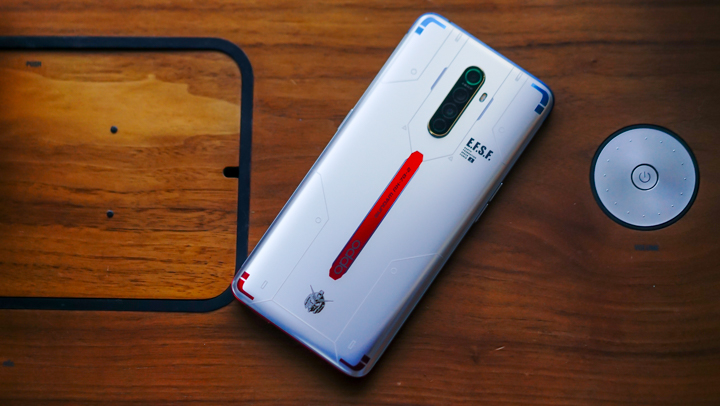 Placed next to the camera module is the logo of the Earth Federation Space Force (EFSF), which is the military branch of the Earth Federation in the Universal Century timeline that the series is set in. Below the camera modules are the OPPO logo and the mobile suit’s name, Gundam RX-78-2. They’re printed in gold and highlighted with a reflective red band. A few spaces down, we have the RX-78-2’s face inscribed in gold color as well. Upfront, we get a sizeable 6.5-inch FHD+ display that has a refresh rate of 90Hz. Thin bezels surround the panel, and there’s a waterdrop notch where the 16MP f/2.0 camera resides. 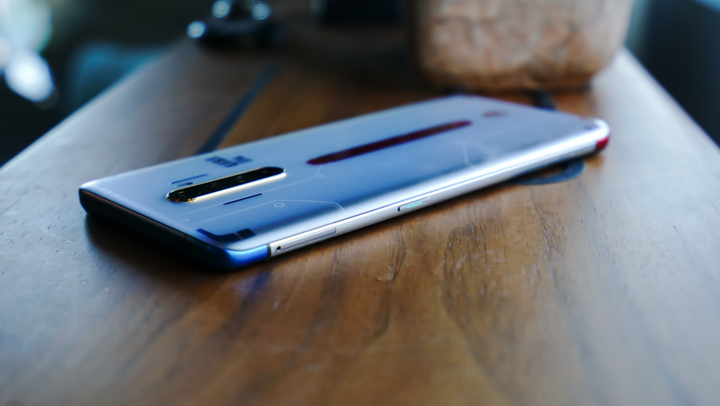 The top part of the Reno Ace is dipped in blue. Apart from the noise-canceling microphone, the top is pretty bare. The 3.5mm headphone jack, primary microphone, USB-C port, and the speaker grille take up space at the bottom part of the device that’s red. 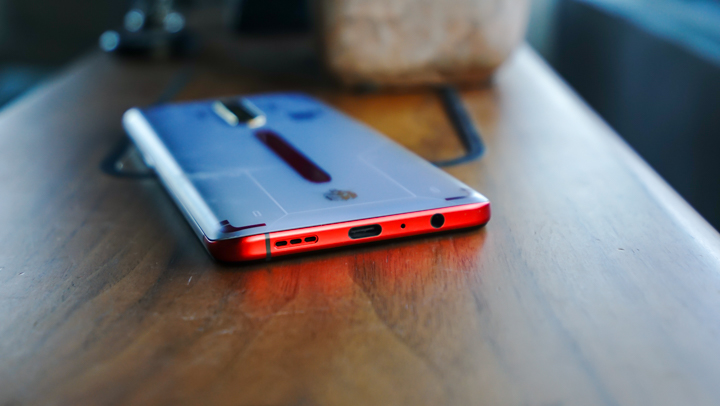 On the left, we get the volume rocker with its clicky buttons. Noticeably, the blue-red hues of the top and bottom part of the device extend a bit to the sides of the Reno Ace. 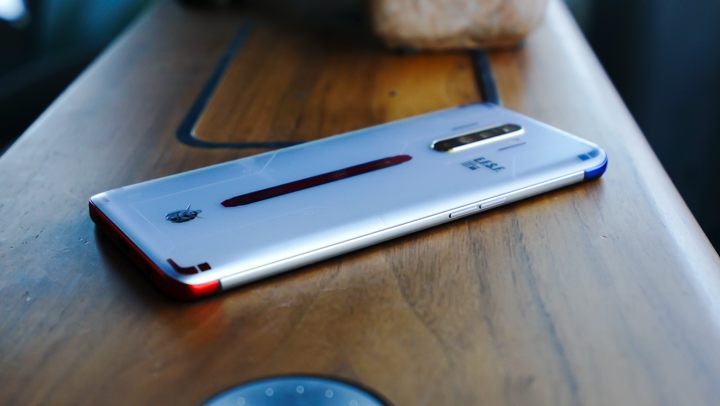 Last but not least, on the right, we get the dual nano-SIM tray and the power button a few paces below it. As with most OPPO smartphones, the Reno Ace’s power button also has a green accent to it.

The display is one of the strongest suits of the Reno Ace. It has a large 6.5-inch screen with Full HD+ (2400 x 1080) resolution or equal to a crisp 405ppi. It uses an AMOLED panel, so colors are punchy with deep blacks and good contrast. Users will also like the 90Hz screen for that very fluid experience, although you can choose to use the 60Hz refresh rate to save on power. Other display options are also available like Screen Color Mode, where you can choose between Vivid or Gentle, OSIE Vision Effect to enhance the viewing experience on select apps, and Night Shield to reduce eye-strain when viewing the screen at night. 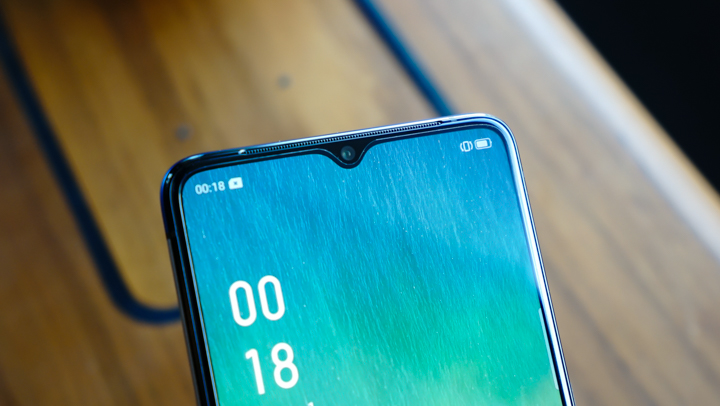 When it comes to audio, the Reno Ace boasts stereo speakers using the bottom-firing speaker and the earpiece. It is also powered by Dolby Atmos to enhance the listening experience. The quality is okay but immersive, and good enough for watching videos. It still has the 3.5mm headphone jack, so you can easily plug in your favorite wired headset. The quality is great for all cameras when shooting in bright conditions. The primary camera, as expected, produces the sharpest images. Zoom quality is also okay, but the quality degrades once you go past 2x zoom. Low-light performance is also good, but you’ll have to have steady hands, especially when shooting in Night mode as it is susceptible to motion blur.

When it comes to selfies, it is handled by a 16MP sensor with an F2.0 aperture. It’s good when shooting in daylight or when there’s plenty of ambient lighting. In low-light, it’s susceptible to blur, and details become muddy.

For video recording, the OPPO Reno Ace can shoot up to 4K video at 60fps. Video stabilization is excellent and can eliminate most shakes. You can also record in Super Steady mode, which shoots up to 1080p at 60fps if you want steady videos. Watch the 4K sample below.

The OPPO Reno Ace runs on ColorOS 6.1 based on Android 9.0 Pie. Since it’s a Gundam Edition, it has an exclusive Gundam theme for the wallpapers and icons. Unfortunately, the unit we received doesn’t have that, but we were able to take some photos of it while we were in China. 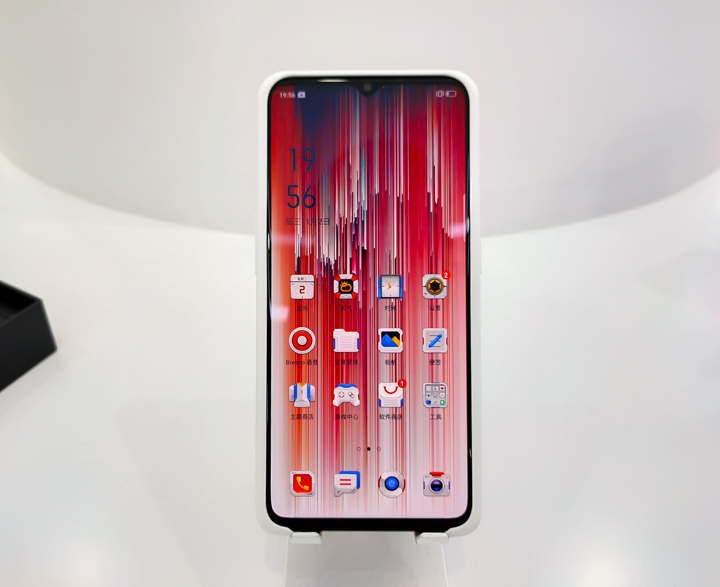 It’s worth knowing that this device won’t get a global release since OPPO only got a license to distribute it in China. Meaning, it doesn’t have Google’s services out of the box. You can sideload it though by searching for the right Play Store APK on the internet, so be careful. 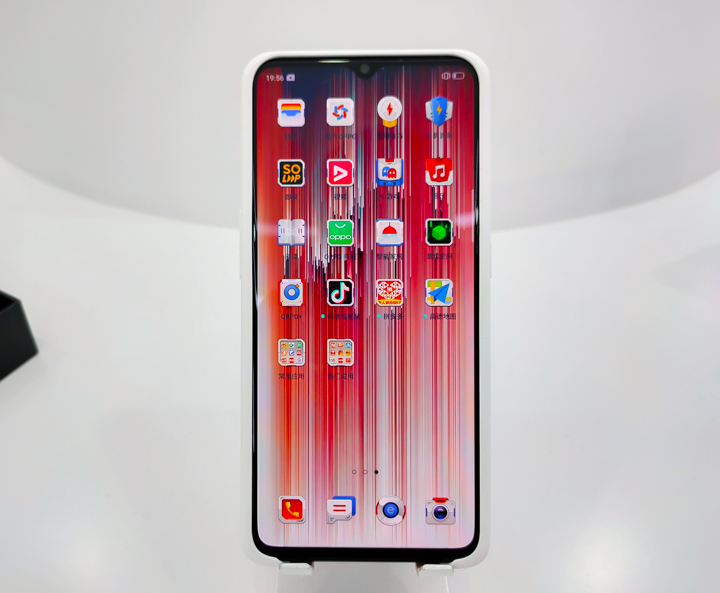 As expected, the Reno Ace is filled with Chinese oriented services and apps like Breeno, which is OPPO’s version of an AI assistant, OPPO’s app market, Game Space, Quick Game, Smart Home, and Alipay integration, to name a few. You can uninstall some of these, though, should you decide to purchase this device.

The OPPO Reno Ace has a Qualcomm Snapdragon 855+ octa-core CPU, Adreno 640 GPU, 8GB of RAM, and 256GB UFS 3.0. That’s some impressive flagship spec right there. There’s no support for a microSD card, though, but it’s not a big deal since it has a large storage capacity. Check out the benchmarks below:

As expected, performance is excellent and can handle everything we threw at it. It also remained relatively cool while gaming. Everything is just fast.

The OPPO Reno Ace is loaded with connectivity features including 4G LTE (but expect limited band support), dual-band WiFi, Bluetooth 5.0, multiple SatNavs, NFC, and FM Radio. We never encountered any issues when connecting to the internet, pairing with devices, or running navigation apps, so everything is okay. 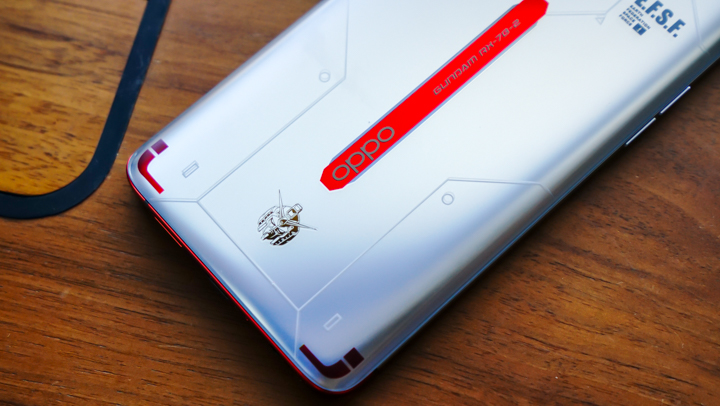 Providing power to the Reno Ace is a 4,000mAh battery. We can easily get a full day of use with mixed usage, which includes gaming. Our video loop test got us 16 hours and 45 minutes of playback, while PC Mark Work 2.0 rated it at 15 hours and 22 minutes. If the battery life didn’t impress, then the 65W Super VOOC 2.0 charger will as it can fully charge the Reno Ace from 0 to 100% in just 40 minutes. That’s impressive!

The OPPO Reno Ace is one beastly smartphone that’s great in almost every aspect. It has a premium build, nice display, decent cameras, excellent performance, long battery life, and impressive charging speed. If the ordinary Reno Ace’s design bores you, the Gundam Edition can quickly remedy that. That’s additional swag if you’re a fan of the franchise as well. The big downer for me, though, would be the Chinese ROM. As of writing, there’s no global release yet, so we won’t see a Global ROM. But if you’re okay with sideloading Google Services and uninstalling some Chinese apps, then you got yourself a solid daily driver.

What we didn’t:
• China ROM only
• Will not get global release