Pocophone F1 to Xiaomi Mi 9: Worth the upgrade?

Pocophone F1 to Xiaomi Mi 9: Worth the upgrade?

A few days ago, Xiaomi officially brought its flagship smartphone, the Mi 9, in the country and its price took us by surprise. We had the same experience when they launched the Pocophone F1. This made us wonder if it’s worth for F1 users to upgrade to the Mi 9. If you have the same concern, let us help you address that by putting these devices side-by-side. 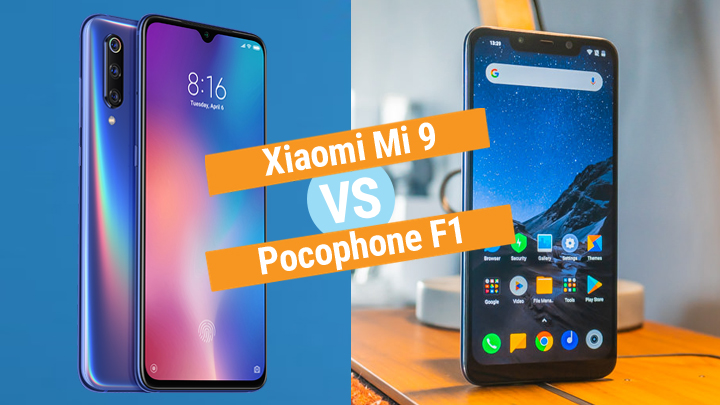 First, let’s take a look at the quick rundown of their specs.

Author’s Note: The specs listed in the table above are the ones that are currently available in the country.

Next, Here’s a summary of their advantages.

As users, we usually want bigger displays (no offense to people who prefer smaller screens) where we can watch videos comfortably without sacrificing our viewing experience. The Xiaomi Mi 9 provides that especially with its AMOLED panel giving darker blacks and more vibrant pixels as compared with the natural-colored IPS ones. (Check out the display panel differences here).

Performance-wise, the Mi 9 is undeniable the better performing device due to the latest Snapdragon 855 chipset which is the successor of Pocophone F1’s Snapdragon 845. The advantage, however, of the latter is its liquid cooling system which regulates thermals better especially when you’re doing heavy tasks or continuous gaming. If you’re already satisfied with a flagship-level performance, then I don’t think that this aspect alone will be enough to make you upgrade to the former.

If there’s one aspect that could make you upgrade your phones to the Mi 9, it would be the cameras. The device comes with a triple camera set up along with a 48MP f/1.75 lens which is not just a gimmick. Based on the DxOMark camera benchmarking website, this phone, as of writing, is the top 5. For Pocophone F1 and consumers who are into photography, you’d want to consider checking this out.

Feature-wise, you can opt for the next generation of biometrics which is the on-screen fingerprint scanner of the Mi 9 over Pocophone F1’s rear-mounted physical sensors. What’s good on the latter is that it has an Armoured edition which comes with a Kevlar Aramid fiber body making it stronger and more durable. The former lacks a 3.5mm audio port and expandable storage which could be problematic for people who like to store files in their phones.

For battery performance, the Pocophone F1 carries a larger battery capacity as compared with the Mi 9. However, the latter comes with an upgraded QuickCharge technology and support for wireless charging.

Now, to answer the question at the start of this article, is the Xiaomi Mi 9 worth the purchase for an upgrade? Well, it’s a yes mainly due to its crazy low pricing and its specs. For a price as low as PHP 23K, you’ll already have the latest flagship chipset, the top 5 best performing smartphone camera, and the updated features such as In-screen fingerprint scanner and wireless charging. I’m not saying that the Pocophone F1 is obsolete, but if you don’t mind not having a liquid cooling system on your phone along with the expandable storage, large battery capacity, and 3.5mm audio port, then it’s time to change your daily driver.