Realme will soon launch in the country the Realme 6 series, which is set to succeed the Realme 5 devices from last year. And the first to arrive is the Realme 6i. Interestingly, we noticed that it might pack enough punch to take on the Realme 5 Pro, at least, on paper. So, let’s check it out below. 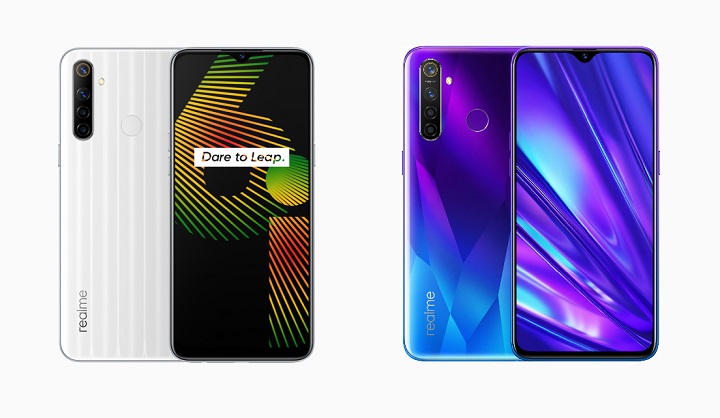 Looking at the specs, the two devices are almost similar except for the display, memory, and battery.

The Realme 5 Pro is still the best choice for those looking for a high-resolution display at it has an FHD+ resolution with Gorilla Glass 3 compared to the Realme 6i’s HD+. The latter’s screen might be slightly larger, but the 0.2-inch difference is negligible.

While we’re yet to finish our review of the Realme 6i, we can take a look at their AnTuTu v8 scores from Kimovil.

The Realme 5 Pro definitely wins in terms of synthetic performance, but the Realme 6i is not that far behind.

The Realme 6i wins in this aspect for having a larger 5,000mAh battery compared to the Realme 5 Pro’s 4,035mAh. However, the latter has a faster 20W VOOC 3.0 flash charge compared to the former’s 18W.

As of writing, Realme is offering the Realme 5 Pro (8GB + 128GB) for under PHP 12K. The price for the Realme 6i is yet to be announced but the company confirmed that it will be under PHP 10K., which makes it a more affordable offering for those in a tighter budget.

What we can definitely take from here is that Realme has definitely improved this new mid-range series, and you can expect the incoming Realme 6 and Realme 6 Pro to be more impressive. We’ll just have to wait for its arrival in the Philippines.