The realme 8i has officially launched in the Philippines. It sports a large screen with a 120Hz refresh rate, a MediaTek Helio G96 chipset, triple-rear cameras, and a 5,000mAh battery. However, there’s another smartphone in the market that shares the same specs, the Tecno Camon 18p. Which one is the better option based on specs? Find out below. 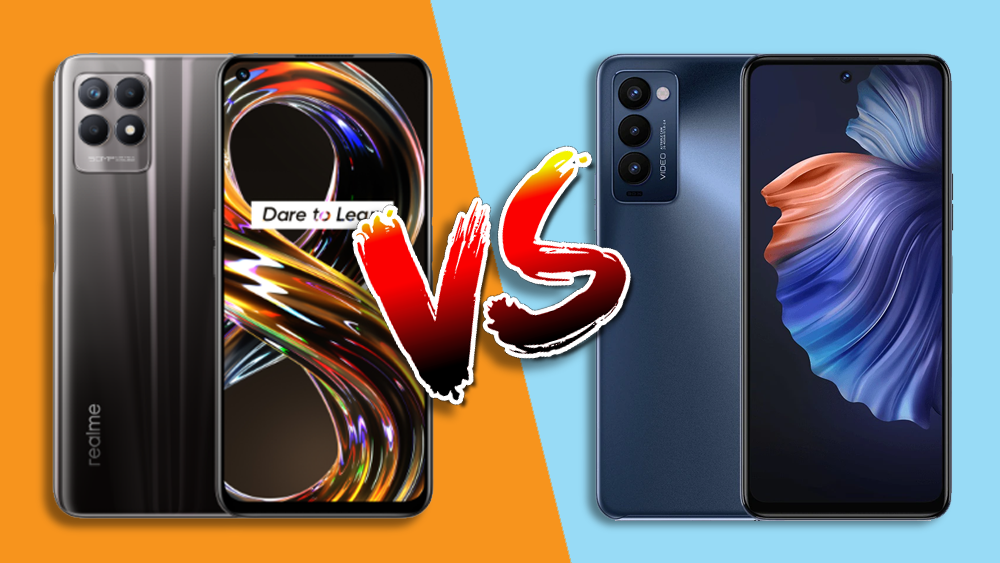 Looking at the screen, both devices sport IPS panels with FHD+ resolutions and 120Hz refresh rates. The Tecno Camon 18p has a slightly larger screen at 6.8-inches with 395ppi, while the realme 8i has 6.6-inches with 400ppi. However, the difference in screen size is very minimal and won’t be noticed in day-to-day use.

Both smartphones are powered by the MediaTek Helio G96 chipset with up to 2.05GHz octa-core CPU and Mali-G57 MC2 GPU. This means we can expect the same level of performance from both.

The realme 8i comes in 4GB + 64GB and 6GB + 128GB models, which has smaller RAM compared to the 8GB + 128GB found on the Tecno Camon 18p. The former, however, has a dedicated microSD card slot, while the latter is yet to be determined.

Both are equipped with triple-rear cameras but use different configurations. The realme 8i has a 50MP main + 2MP macro + 2MP depth, while the Tecno Camon 18p has a 48MP main + 13MP telephoto + 2MP depth. Both have the same 16MP front camera.

In terms of connectivity, the two are pretty much identical with dual-SIM, 4G LTE, WiFi, Bluetooth, GPS, USB-C, 3.5mm audio jack, and side-mounted fingerprint scanners. However, the Tecno Camon 18p has NFC, which the realme 8i lacks.

Both have the same 5,000mAh battery, however, the Tecno wins for having a faster charging rate at 33W compared to the realme’s 18W.

Given the options, if I’m on a strict budget and need a device with the highest main camera resolution, macro camera, and dedicated microSD card slot, the realme 8i is a good starting point. However, if you want something with bigger RAM, a telephoto camera, NFC, and a faster-charging rate, we recommend paying an extra PHP 1K for the Tecno Camon 18p.

And that sums it up. How about you guys? Is it the realme 8i or the Tecno Camon 18p? Let us know in the comments below.