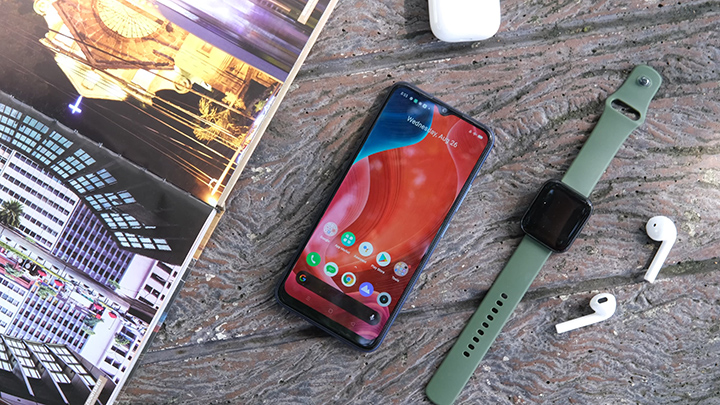 The first thing you’ll notice about the realme C12 is its size. At 164.5mm, it’s a tall device. Chunky too at 9.8mm, but there’s a good reason for that, which we will discuss later. It’s a good thing that realme kept it narrow at 75.9mm so it can still be easily gripped. 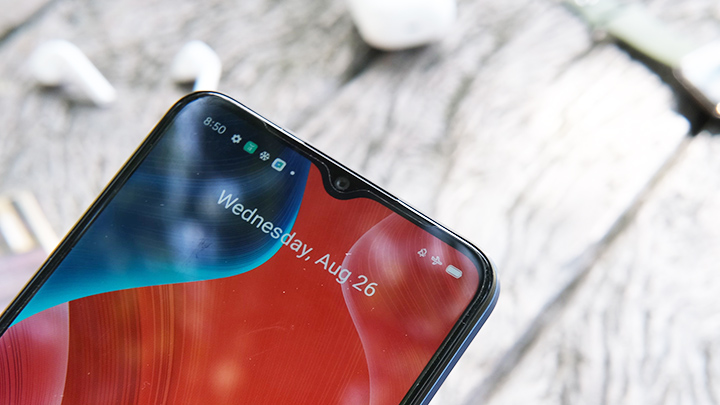 The front houses the 6.5-inch screen, along with the Mini-drop notch. 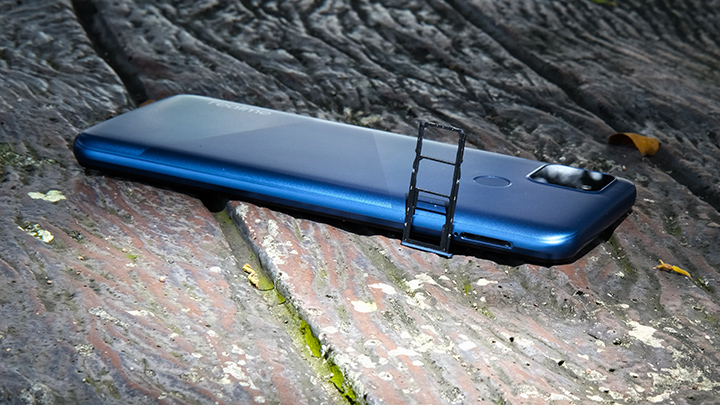 On the left is the triple card tray for the two SIM cards and a microSD card. 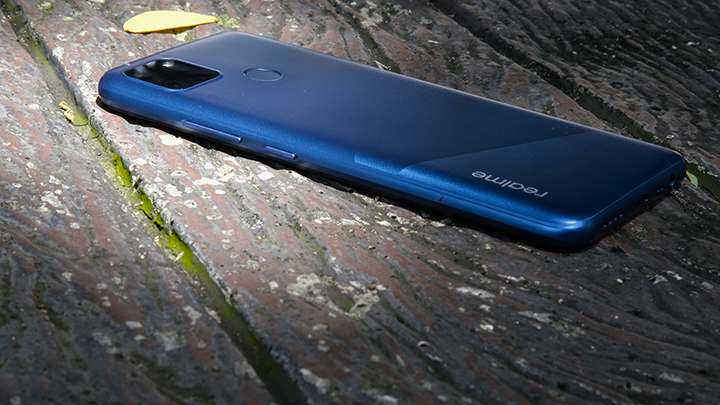 While on the right are the volume rocker and power/lock button. 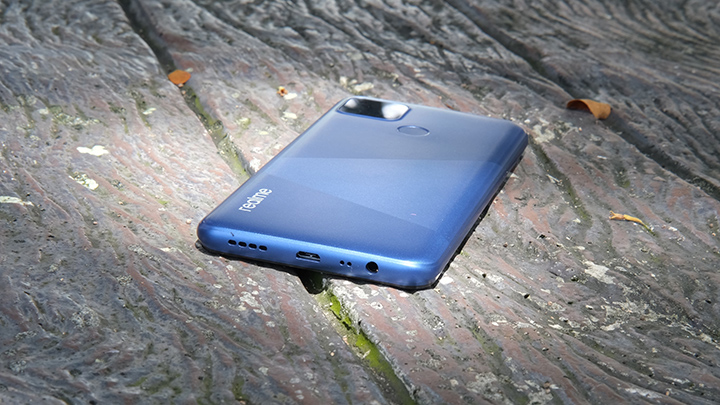 Down below are the 3.5mm headphone jack, main microphone, micro USB port, and the loudspeaker. 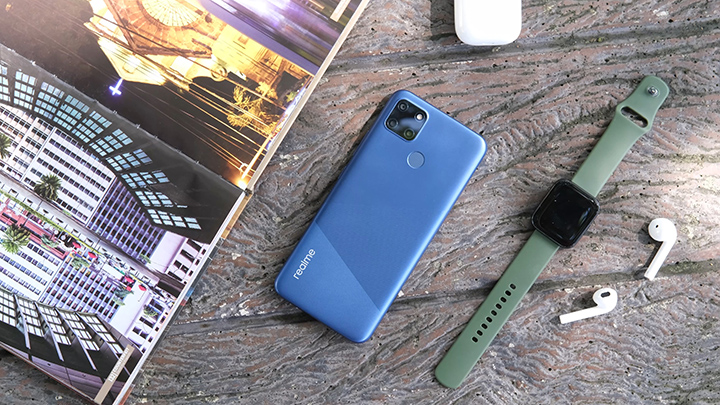 Flip it on its back and you will see the almost flush triple camera module, the fingerprint scanner, and the realme branding. 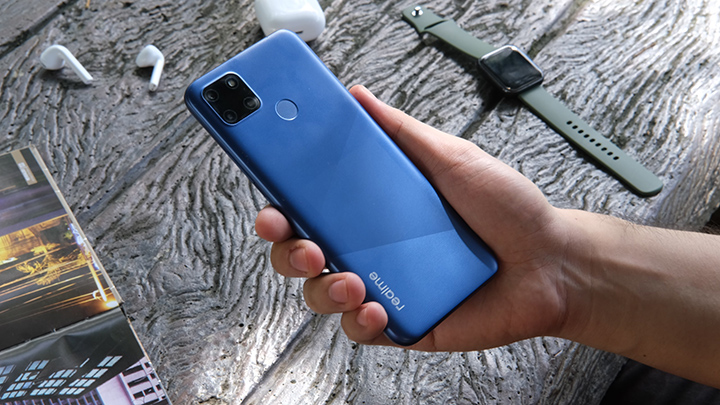 The realme C12 feels hefty at 209g. That’s because it’s carrying a 6,000mAh battery. Still, it’s a joy to hold, thanks to its smooth edges and narrow frame. The body is made of polycarbonate, which is fine, as it helps keep the device light. The frame has this matte metallic finish, while the back is textured with fine diagonal lines, which repels fingerprints and smudges well. Overall, a solid and well-made device, even for an entry-level phone.

The realme C12 sports a large 6.5-inch screen with an HD+ (1560 x 720) or equal to 270ppi. For protection, it has Corning Gorilla Glass. If you’re not nitpicky when it comes to spotting pixels, this should be fine. It’s not even noticeable when viewed from a normal distance. The IPS panel also provides natural colors and good viewing angles. The brightness is good enough for indoor use but a bit lacking, especially if you’re using it outdoors. It can really dim though, to the point that the screen looks off. 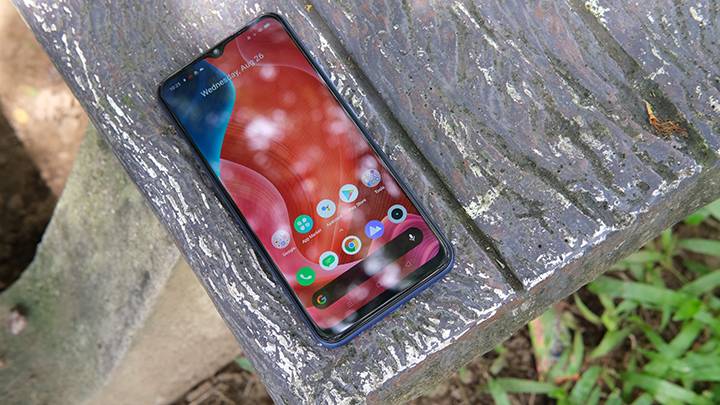 The single loudspeaker is fine for most uses. We enjoy watching YouTube and Netflix on it and some casual listening on Spotify. The audio is crisp and loud but there’s no bass, which is expected. For a better listening experience, a Bluetooth speaker or headphones is still recommended. You can also use your favorite wired earphones since it has a 3.5mm jack.

The realme C12 is equipped with a triple camera system consisting of a 13MP primary, a 2MP B&W, and a 2MP macro. It would have been nicer though if they included an ultra-wide lens, but this should be enough for most users. Image quality is good especially in bright conditions with punchy greens, reds, and blues. 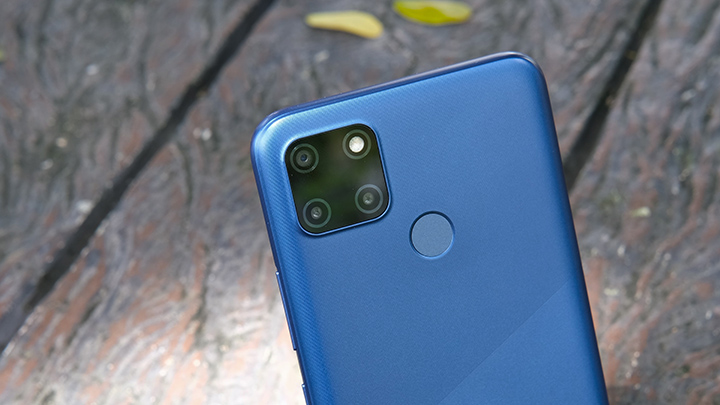 It is capable of decent low-light shots thanks to its Night mode. The portrait mode can also produce an artificial background blur. It’s not perfect but good enough to remove the focus on unwanted background objects. Selfies are handled by a 5MP shooter. Although there’s not a lot of resolution to go around, the resulting images look sharp with natural skin tones.

When it comes to video recording, the realme C12 can shoot up to 1080p at 30fps. Like the images, the footage looks sharp with nice contrast and punchy colors. There’s no stabilization, so shakes are noticeable. 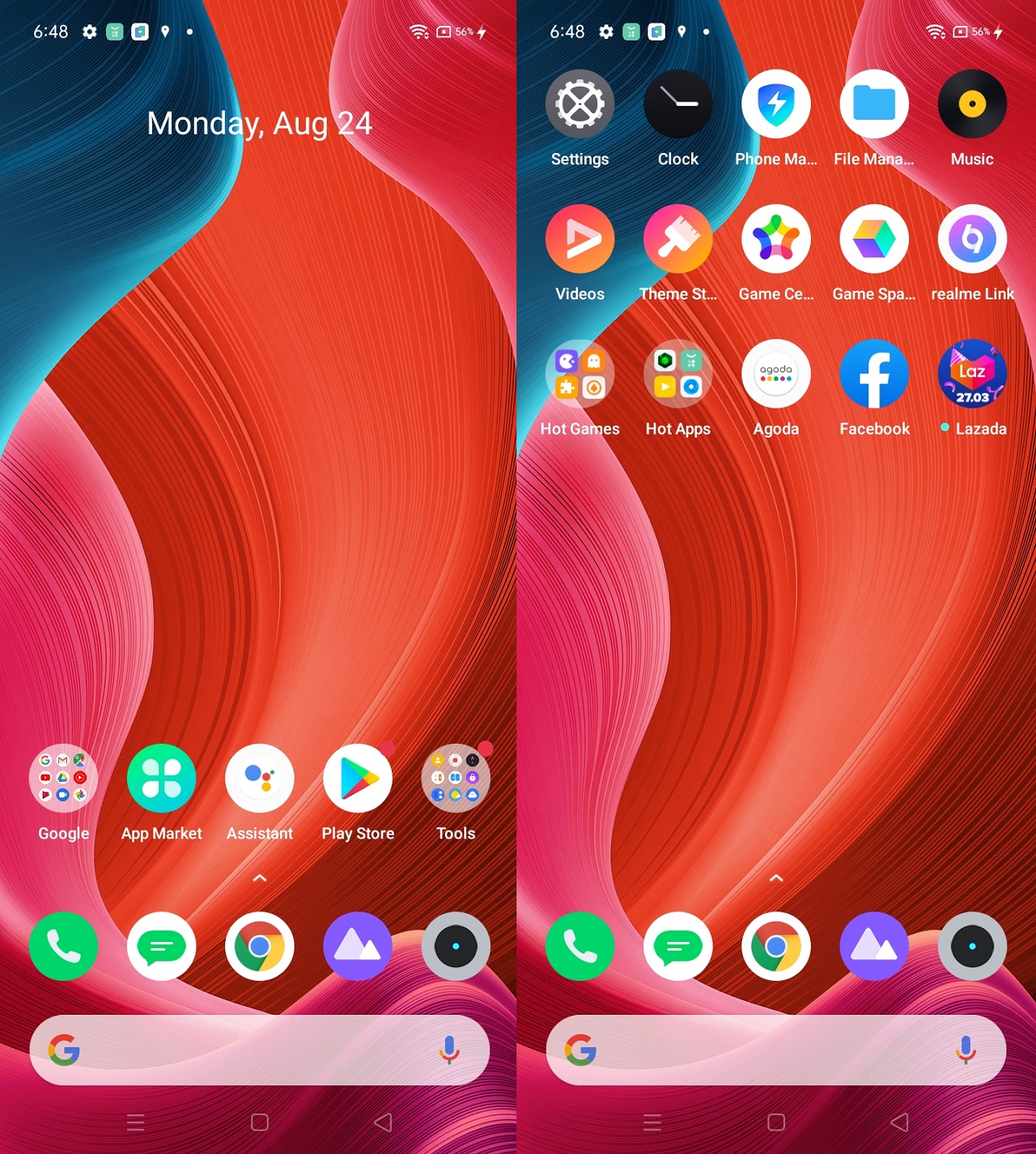 Pre-installed apps include the usual Google services and some of realme’s tools. Third-party apps include Agoda, Facebook, and Lazada. 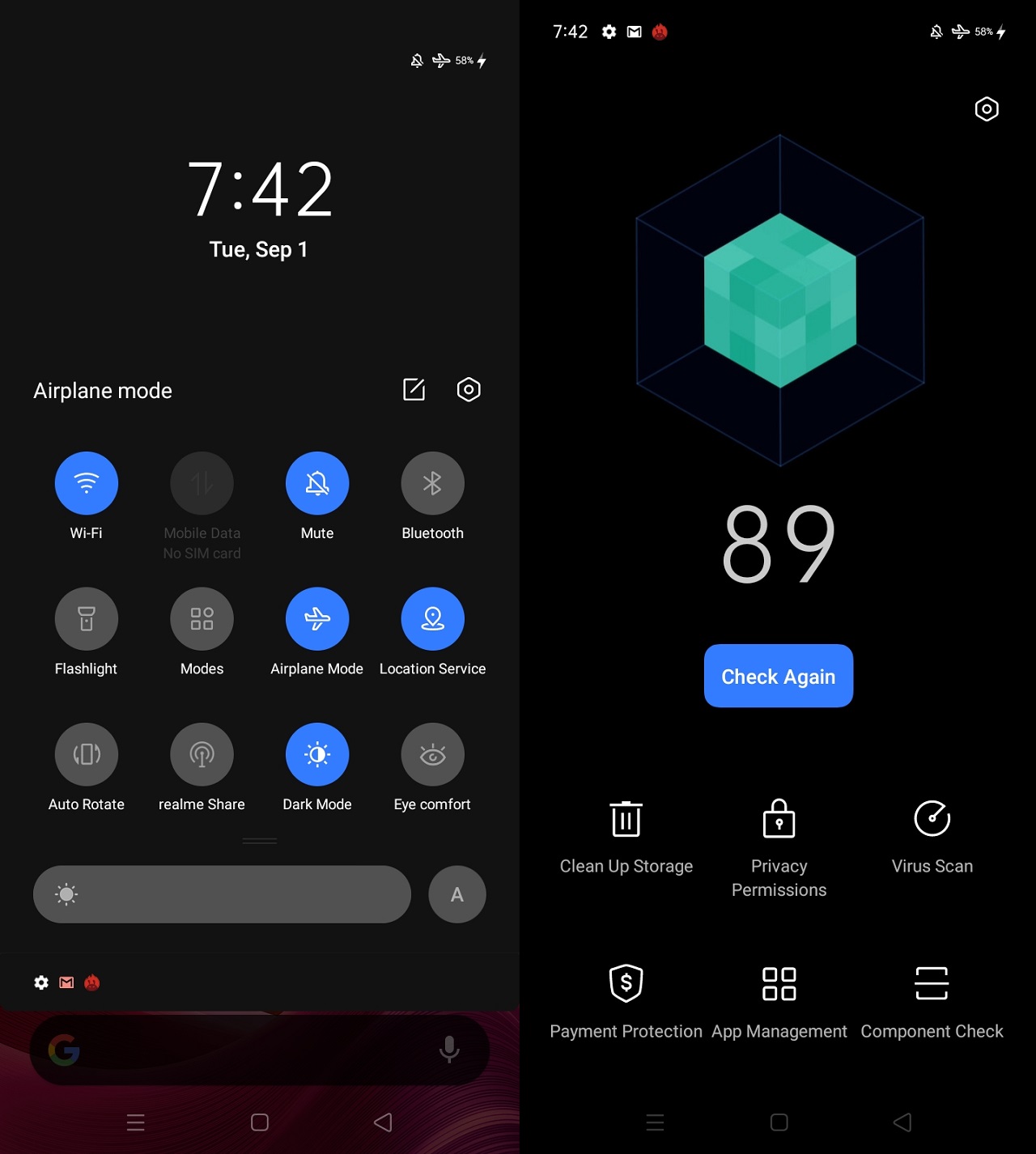 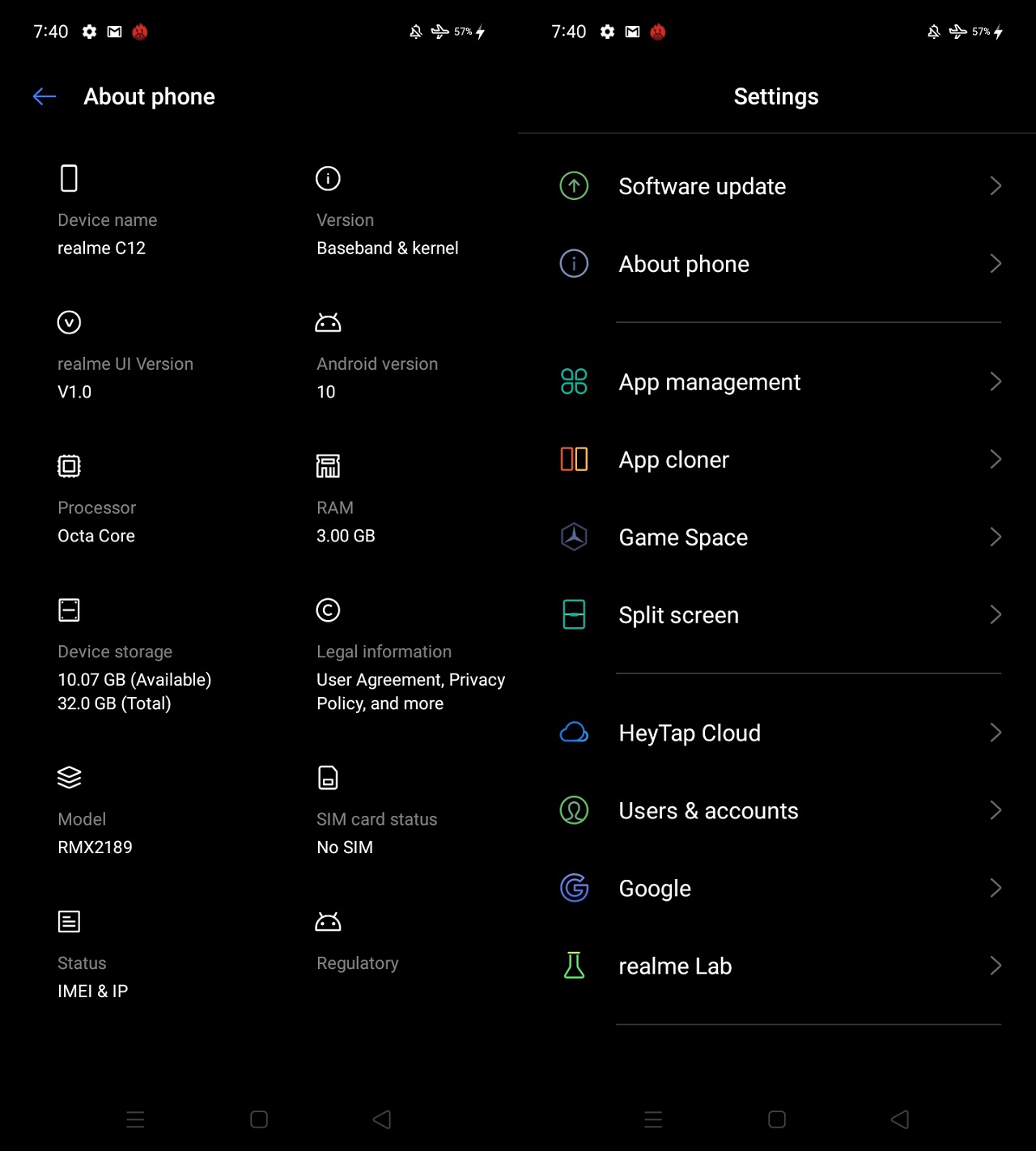 The unit we have has a 32GB eMMC storage. It’s a limited capacity, but if you’re planning to store plenty of files, you’d be glad that it has a dedicated slot for the microSD.

Powering the realme C12 is a MediaTek Helio G35 chip with an octa-core CPU, PowerVR GE8320 GPU, and 3GB of RAM. It’s almost the same configuration as the realme C15 so we’re getting the same level of performance. If you’re just using it for taking photos, browsing social media, or watching videos from streaming apps, this phone can do it smoothly. It can also handle gaming but you will have to lower your the graphic settings, if possible, to get a better gaming experience. Check out the benchmarks below. 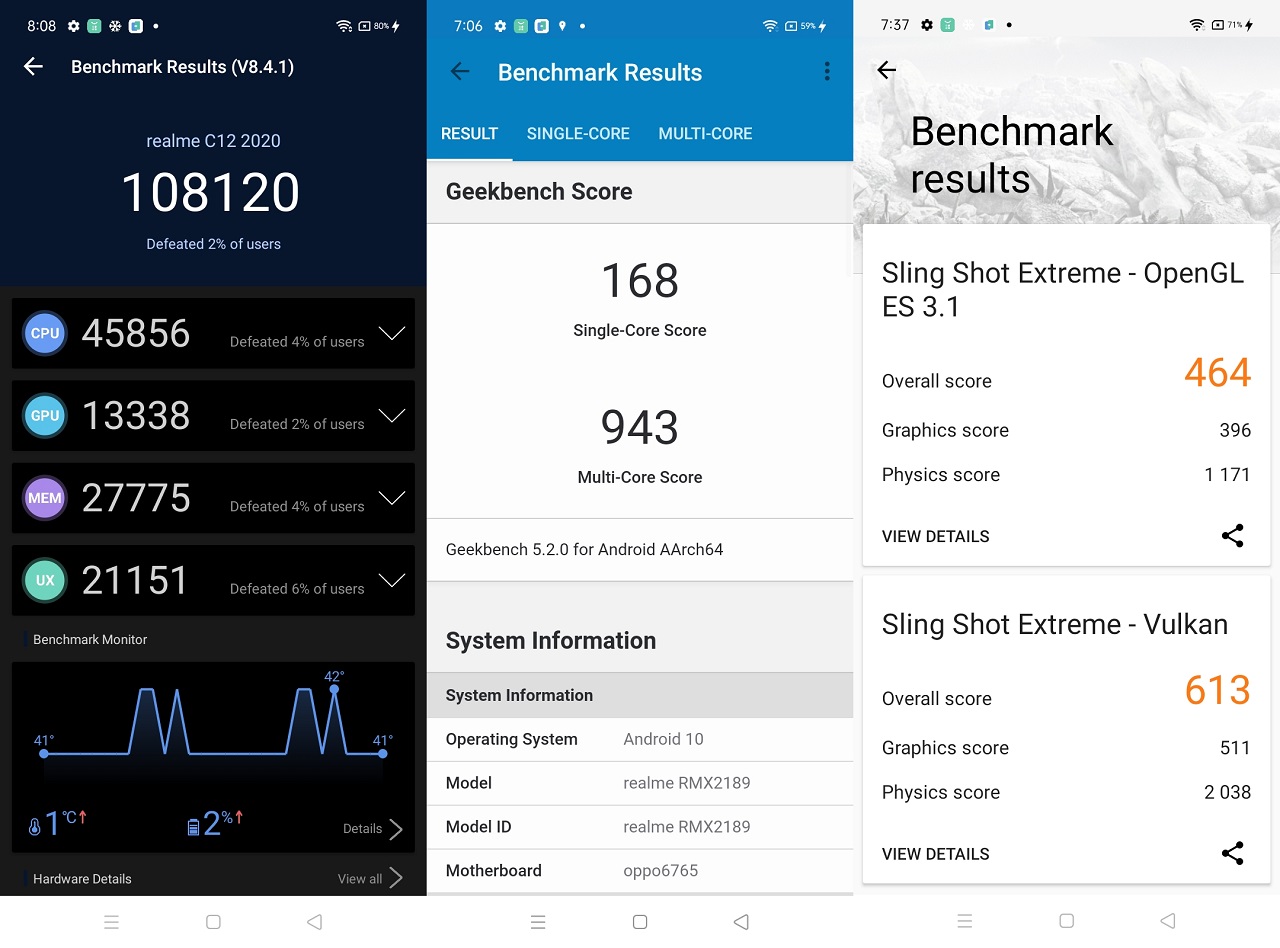 The realme C12 has connectivity features like dual-SIM with 4G LTE, WiFi, Bluetooth, support for navigation systems, and a microUSB port. Pretty basic stuff but gets the job done. You can even use this as a WiFi hotspot given the large battery.

Speaking of battery, it has a 6,000mAh capacity, which is huge! This is basically a power bank as it supports reverse charging. You can easily get 2 days on this phone on light to moderate use. PC Mark rated the battery life at 17 hours and 21 minutes, while our video loop test yielded 25 hours and 32 minutes of playback, which is great! Charging, on the other hand, is slow as it only supports 10W charging.

The realme C12 is basically an improved C11 but with the 2MP B&W sensor, rear fingerprint scanner, and 6,000mAh battery of the C15. In terms of pricing, it sits in between the C11 and C15 at PHP 5,990. So, if you’re eyeing the C11 and can stretch the budget for PHP 1K, the C12 is the best option. It’s a great entry-level device for those who want a large screen, decent cameras, and a good battery life. 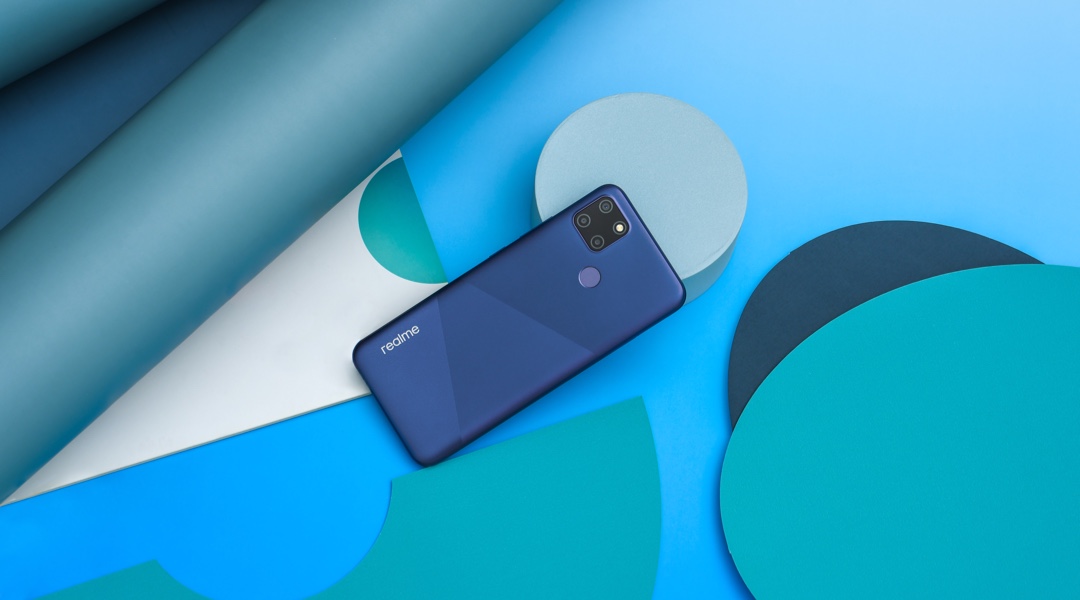