realme Philippines has launched another smartphone and the latest member of the C family, the realme C15. Although an entry-level device, it packs competitive specs for the price, including a large 6.5-inch display, a Helio G35 chipset, and quad-rear cameras. What will probably set this apart from other devices in its class is the massive 6,000mAh battery. Is this phone worthy of your purchase, find out in our review below. 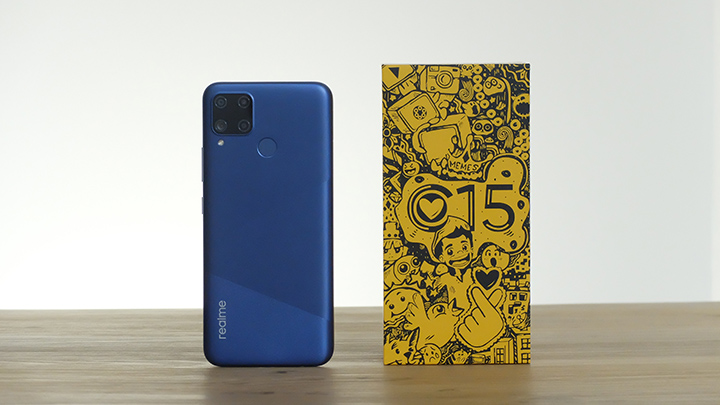 While we consider the realme C15 as an entry-level phone, it doesn’t look and feel like one as it is solid and sturdy when gripped. It has a polycarbonate rear panel with a textured finish and a zigzag cut to prevent it from looking monotonous. We’re liking this kind of texture is it repels fingerprint smudges. From this side, you’ll also see the square rear camera module and the fingerprint scanner. The unit that we have now comes in Marine Blue, but there is a Seagull Gray version as well. 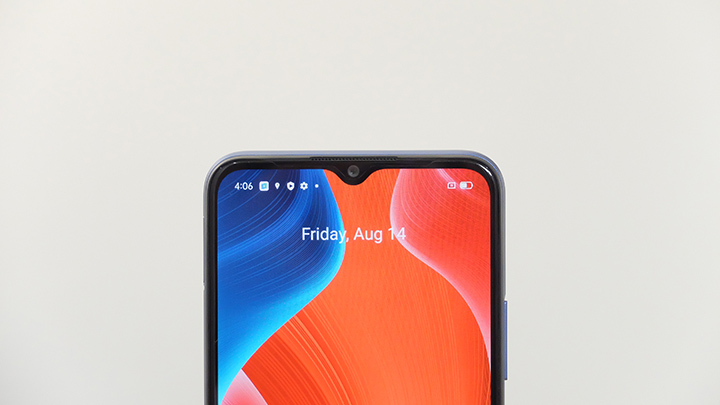 On the front is a sizable screen with a mini-drop notch at the top for the front camera. Side bezels are relatively slim but with a pretty thick chin. 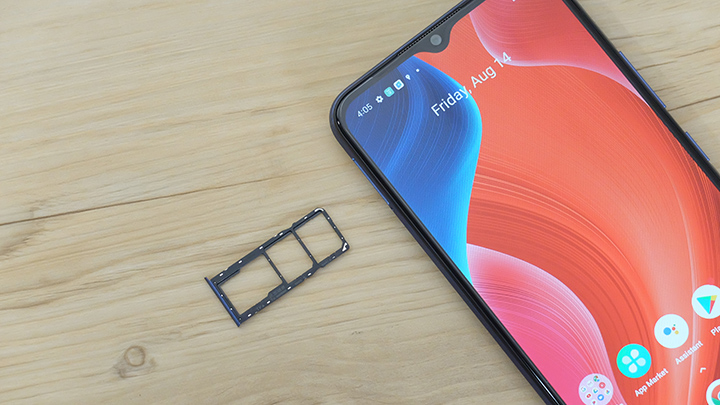 Located on the left are the dual-nano SIM tray and the dedicated slot for the micro SD card. 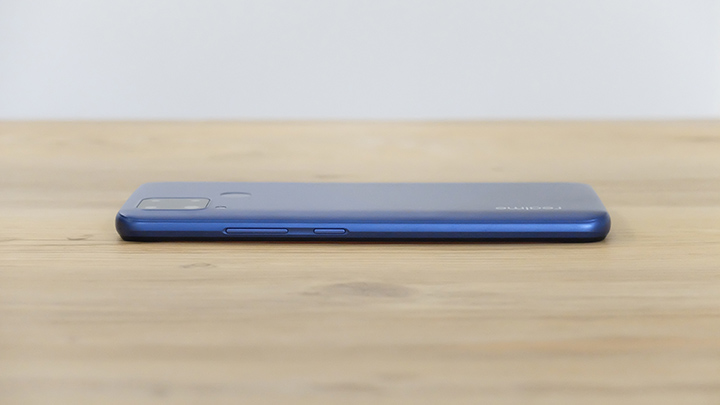 On the right side sits the power button and volume rockers. 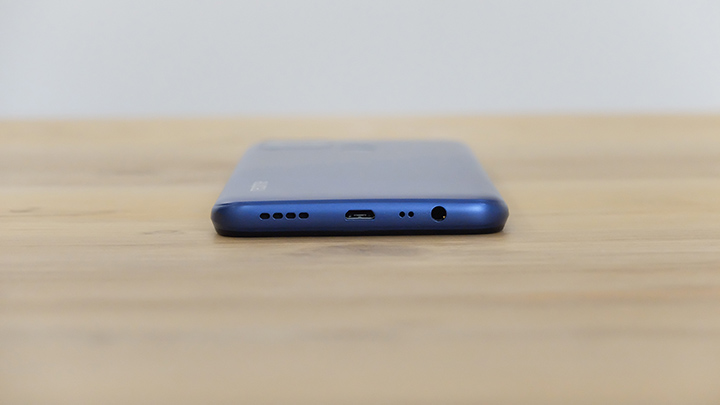 At the bottom, you will find the loudspeaker, the micro USB port, the primary microphone, and the 3.5mm headphone jack.

The realme C15 is equipped with a 6.5-inch HD+ (720 x 1600) Mini-drop display, protected with Corning Gorilla Glass and a pre-installed screen protector. At 270ppi, it’s not exactly hi-res but should be good enough for most uses including gaming and watching videos. The color reproduction on the C15 is great, as colors are rich and vibrant, while viewing angles are decent, too. The screen can also get really bright at 420 nits so you can still comfortably use it outdoors. 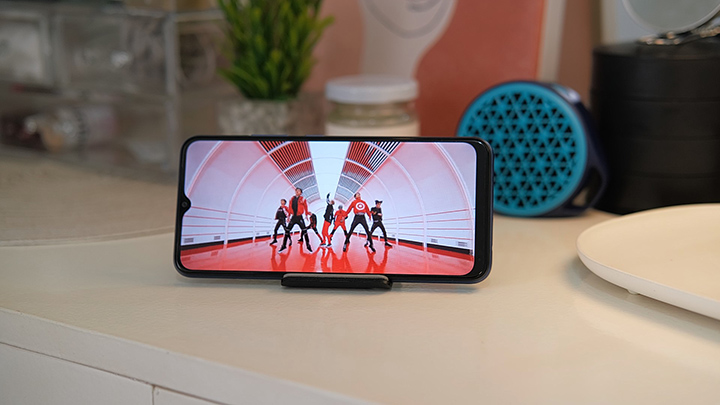 As for audio, this device has a single speaker at the bottom. The audio quality is good for an entry-level device. There’s no bass but it’s crisp and clear enough for handsfree voice calls and casual listening. It can get loud as well although turning the volume up to maximum will distort the sound. If you want a better audio quality, we recommend using a headphone jack or external speaker.

The realme C15 has a total of five cameras with four at the rear consisting of the 13MP main, an 8MP ultra-wide, a 2MP black and white, and a 2MP macro lens. For selfies, it has an 8MP shooter. 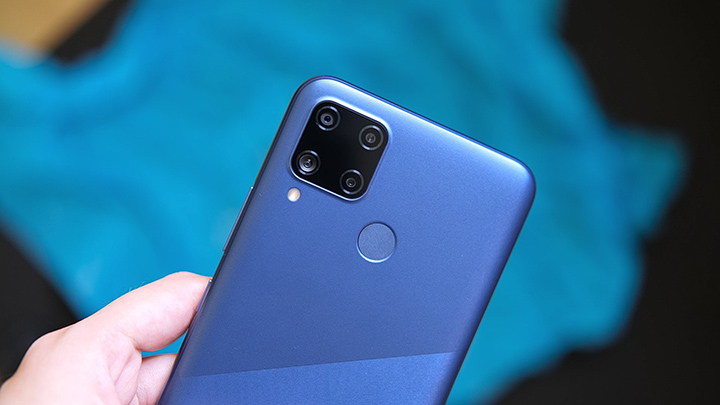 Checking out the rear camera sample shots, the C15 performs well in daylight. The details are clear with punchy colors, especially when the HDR setting is enabled. The 2MP depth sensor also does a decent job in depth sensing, although it could use a little work when it comes to post-processing to create that artificial blur. Low light photography is disappointing as details come out to noisy and muddy. If you’re not picky, some shots are still good enough for social media uploads.

For selfies, it’s not bad with decent details especially in bright conditions, but it could do better. Background blurring for portrait selfie isn’t that perfect but good enough to make the subject pop out. AI Beauty mode is also decent with natural skin tones using the recommended setting.

For videos, you can shoot up to 1080p @ 30fps, and as you can see, video stabilization isn’t present, so recordings will end up looking shaky.

As for software, the C15 runs on Android 10 out of the box with realme UI skinned on top. It’s a pretty straightforward UI that’s easy to navigate with apps housed in multiple home screens. There’s an option in the settings to toggle the home screen app arrangement from standard to a drawer-style one. 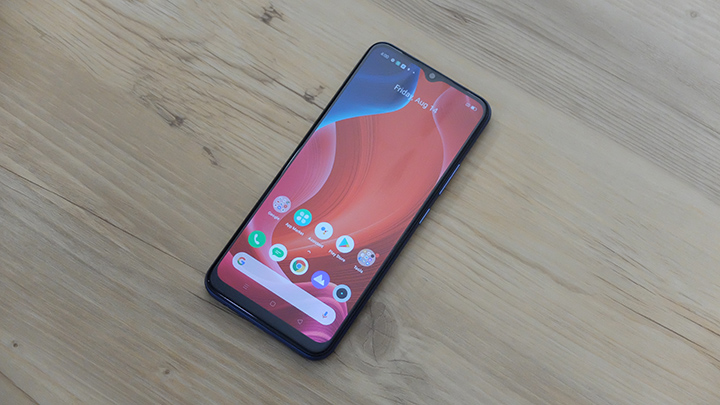 Dark mode lovers can rejoice as this phone also brings native dark mode support from Android 10. Realme UI features a lot of its own stock apps like Game Center, Hey Tap Cloud, an App Market, along with other services like Agoda, Lazada, and Facebook.

Storage-wise, the C15 we have packs 3GB of RAM, with 64GB of internal storage. Expanding the storage is more than welcome as the C15 has its dedicated micro SD card slot up to 256GB.

The realme C15 is equipped with a MediaTek Helio G35 CPU paired with a PowerVR GE8320 GPU, 3GB or 4GB of RAM, and 64GB of storage. When it comes to day-to-day tasks like browsing the web and navigating around social media, the C15 provided a smooth experience. We tried playing graphics-heavy games such as Asphalt 9 and Call of Duty Mobile on it and we experienced frame drops, especially during action-packed moments. You can improve the performance if you lower the quality, which is still not bad considering that this is an entry-level device.

Take a look at the benchmarks below:

For biometrics and security, the realme C15 comes with a rear-mounted fingerprint scanner and face unlock feature. Both work pretty fast, however, the face unlock can slow down in situations where there isn’t much light.

The C15 has the usual connectivity features such as WiFi, Bluetooth, 4G LTE, and support for navigation systems. The smartphone also has a dual SIM card slot so network switching won’t be a hurdle for those who have two functional numbers. Given the large battery, you can even use this as a pocket WiFi. Battery-wise, the realme C15 has a 6,000mAh battery, which is significantly larger than the 5,000mAh found on the realme C11. We’re glad that realme gave it support for 18W fast charging. We ran the C15 through our standard video loop test wherein we played a 1080p movie on loop at 50% volume, 50% brightness, and on Airplane mode, and it yielded us an impressive 25 hours and 30 minutes.

For less than PHP 7,000, the C15 is definitely an upgrade compared to the realme C11 released last month. It has bigger storage, more cameras with better resolution, and a very huge 6,000mAh battery with support for 18W fast charging, making it a better choice if you have a bigger budget. If you’re a consumer looking for a solid daily driver for light to moderate tasks, that can function as a pocket WiFi and can cater to your binge-watching needs, then we recommend the realme C15! 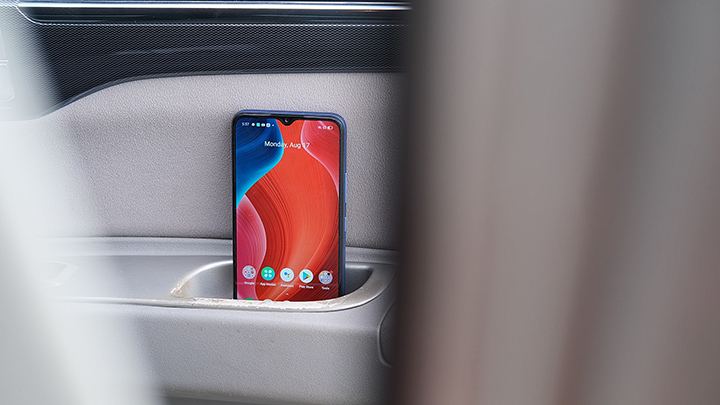 The realme C15 variants are priced as follows: