Realme has officially released the official press image of their upcoming smartphone the Realme X.

The image says a lot about the soon to be unveiled devices. For one, it has a pop-up selfie camera similar to the OPPO F11 Pro so you won’t see any notch here. It also has dual-rear cameras and an in-display fingerprint scanner. 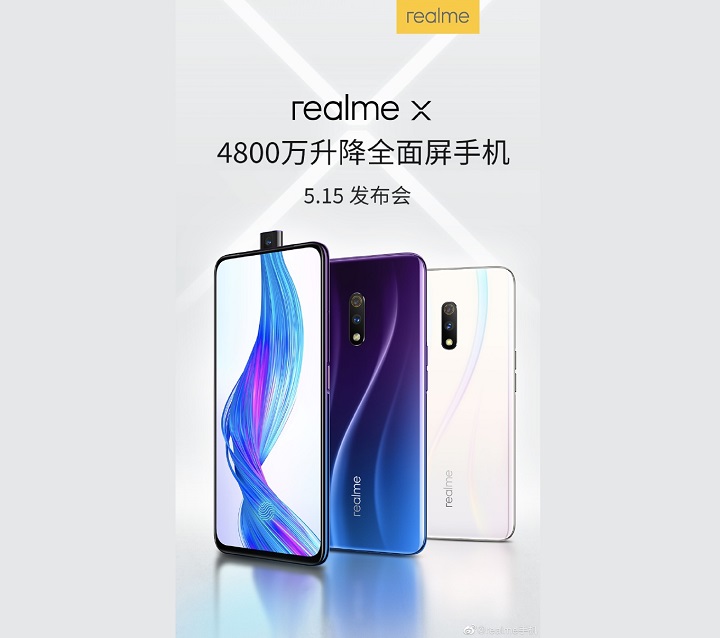 As for other specs, so far Realme has revealed that it has a 6.5-inch AMOLED screen, a 48MP rear camera with Sony IMX586 sensor and F1.7 aperture, and VOOC 3.0 charging technology.

We’ll know more once the device officially launches in China on May 15, 2019.