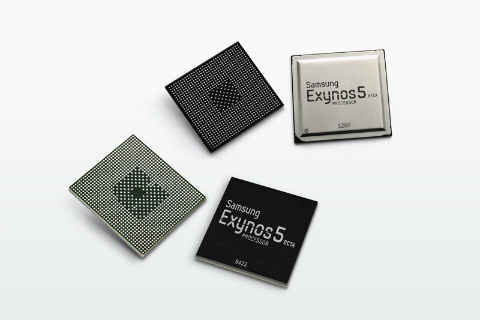 Next is the Exynos 5260, which is powering the recently announced Samsung Galaxy Note 3 Neo, is equipped with six CPU cores; two 1.7GHz ARM Cortex -A15 cores and four 1.3GHz ARM Cortex -A7 cores. It promises up to 42% improved performance compared to previous Exynos 5 Dual products. Like its octa-core brother, the Hexa supports high-resolution displays and 1080p playback at 60fps.

The Exynos 5422 Octa will enter mass production in the first quarter of 2014, while the Exynos 5260 Hexa is already in production.