Launched this 2019, Samsung’s Galaxy A series consists of mid-rangers and entry-level devices. Included in the lineup is the Galaxy A10, an entry-level smartphone with a sizeable display. Here’s our hands-on take of it. 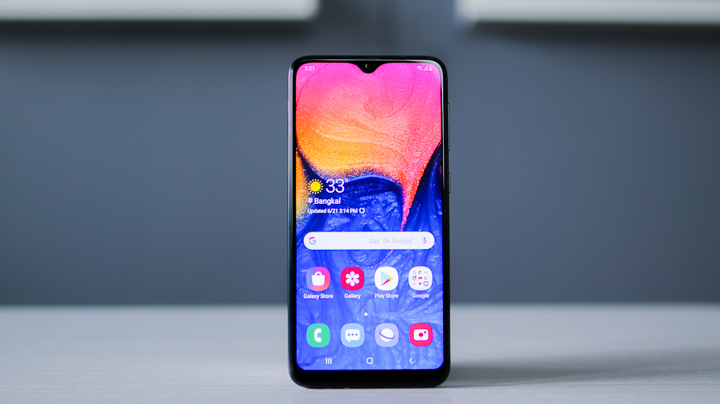 The Samsung Galaxy A10 has a plastic build with a glossy finish that extends around the sides of the device. Due to the finish, it’s pretty smooth to hold and feels quite solid too. The rounded edges allow the smartphone to sit comfortably against the palm. Do note that the glossy plastic finish is prone to fingerprints or smudges, so fitting the A10 with a case would be ideal if you’re not into that. 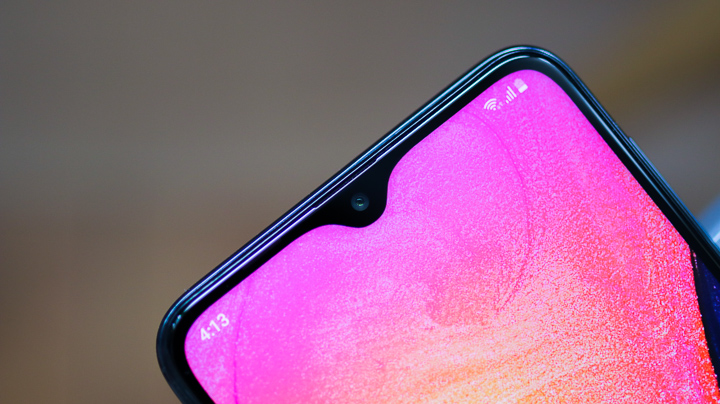 Up front, the A10 has a 6.2-inch IPS HD+ display, with a resolution of 1520 x 720. At the top of the screen sits a drop notch, and it’s where the 5MP front shooter resides. There are noticeable bezels on the sides, and while the chin may look thick, it’s not that much of a distraction. 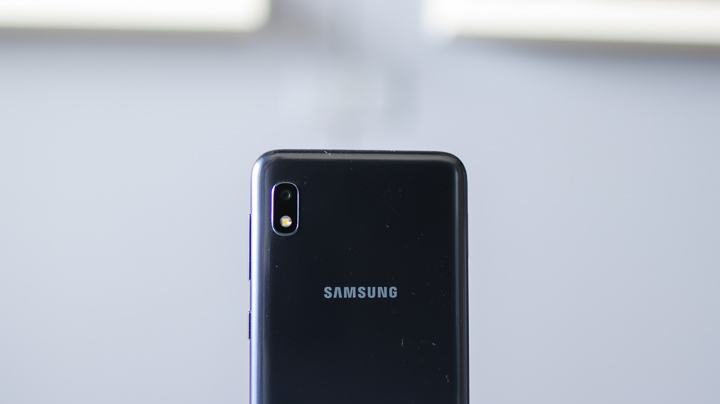 On the rear, Samsung has equipped with the device with a single 13MP shooter and a LED flash under it. The lone camera is to expected, however, given that the A10 is an entry-level smartphone. 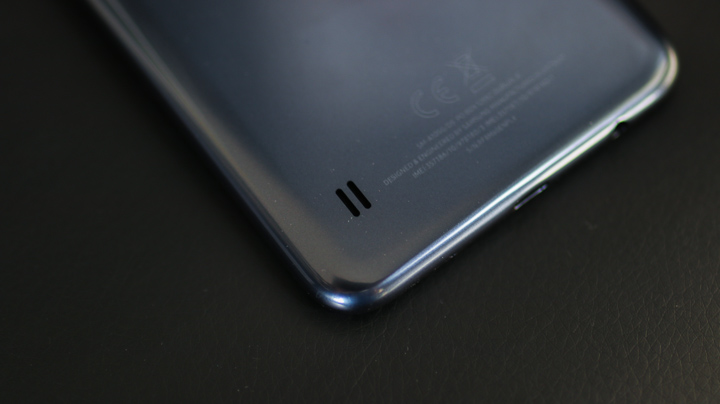 At the lower end of the rear, one can find two vertical openings that act as the smartphone’s speaker. The placement of the speaker is quite an inconvenience; we always ended up covering the speaker holes whenever we held the smartphone. 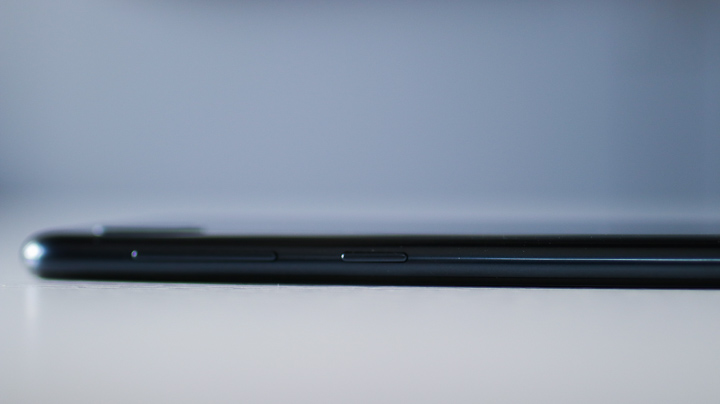 The right side of the A10 has the volume rocker and the power button. In contrast to the easily reachable power button, the placement of the volume rocker is quite high. People would small hands or short fingers would need to stretch their thumb a bit to adjust the volume one-handed. Both buttons are clicky and tactile, though, which is a good thing. 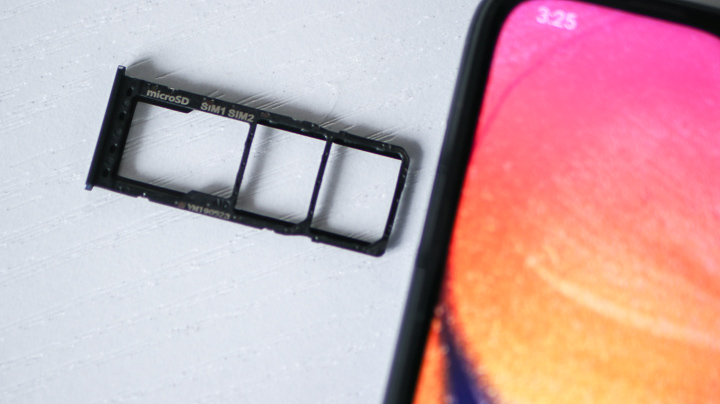 On the left side sits the dual SIM tray and a dedicated microSD card slot to expand the A10’s storage capacity up to 512GB as it only holds 32GB of it internally. 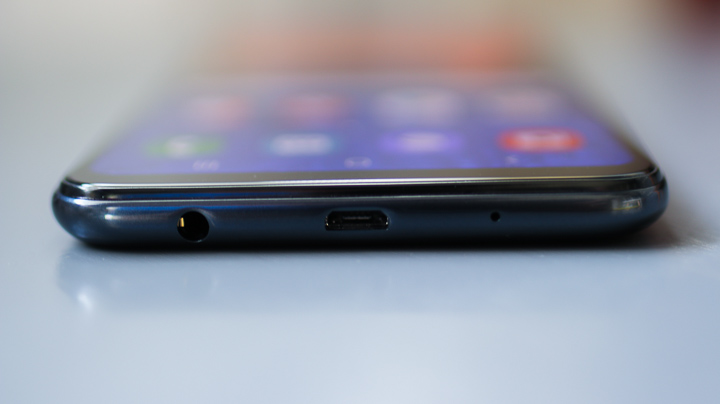 The 3.5mm headphone jack, micro USB port, and microphone are all located at the bottom of the device. 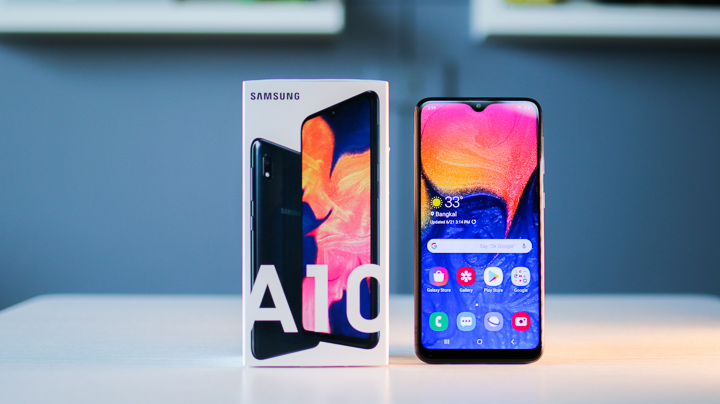 Powering up the A10 is a Samsung Exynos 7884 chipset, paired up with Mali-G71 MP2 GPU, 2GB of RAM, and 32GB of internal storage. Other features include face recognition, a 3,400mAh battery capacity, and runs on Android 9 Pie with Samsung OneUI 1.1 skinned on top. We’ll be taking this device for a full spin, so do watch out for that.

The Samsung Galaxy A10 is priced at PHP 6,990 and is available in the colors of Blue and Black.