Samsung Galaxy A71 vs Galaxy A70: What's Changed?

Samsung Galaxy A71 vs Galaxy A70: What’s Changed? 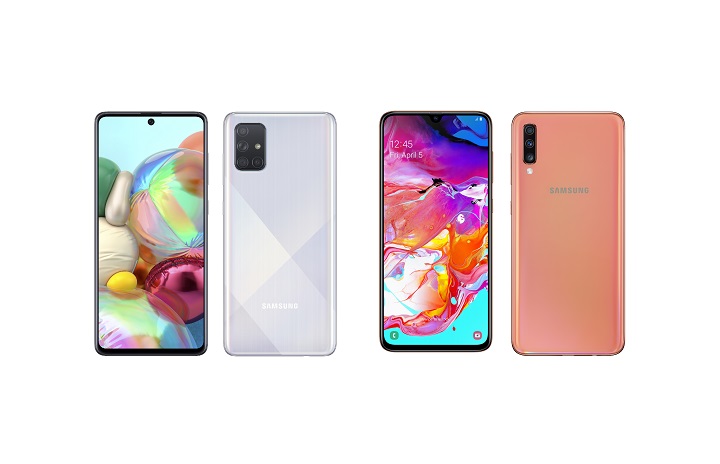 Starting with the display, the Galaxy A71 and A70 have the same screen size and resolution. However, the former has a Super AMOLED Plus panel, which is brighter and more energy-efficient than the standard Super AMOLED. The A71 also uses an Infinity-O design for that hole-punch look.

When it comes to imaging, the Galaxy A71 looks to be a more versatile shooter for having four rear cameras instead of three thanks to the addition of the macro lens. The camera resolution of the primary and ultrawide lenses got a bump as well at 64MP (vs 32MP) and 12MP (vs 8MP), respectively. Selfie cameras, on the other hand, were retained at 32MP.

As for the rest of the specs, they’re all the same, even for the battery capacity which is at 4,500mAh with 25W Fast Charging. There’s a possibility that the Galaxy A71 might provide a better battery life due to the more efficient chipset, but we’ll know once we have it for review.

All in all, the Galaxy A71 is a good upgrade from the A70. If you haven’t pulled the trigger yet on the A70, we suggest waiting for the A71 to arrive.