Samsung Galaxy A8 in the flesh, first impressions

What was once known as the Galaxy Alpha series, Samsung has just created another line of premium smartphones that is positioned just below the Galaxy S and Note series. In a way, the Galaxy A8 with its large 5.7-inch display is like the counterpart of the Note 5, sans the S Pen. 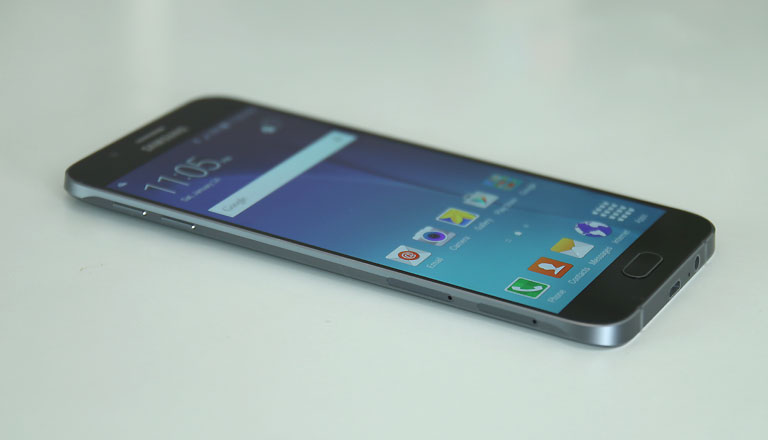 While the frame uses a solid aluminum alloy, the back panel is made up of some polycarbonate thin metal-like material with matte finish that it gives the impression that it is also metal. Nevertheless, Samsung did a pretty good job fusing the metal frame and the plastic back cover. And because the cover is non-removable, they managed to even further reduce the thinness of the device. 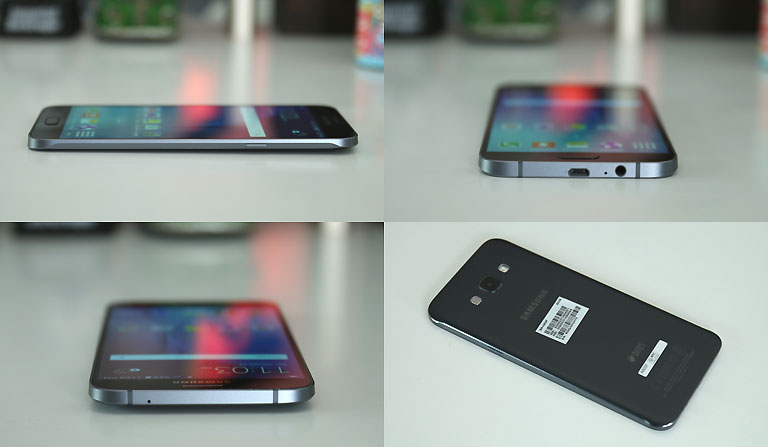 The the right side of the handset is the power button, the volume controls are on the opposite side including the dual-SIM tray for the nano-SIM card as well as another tray for the microSD card. The 3.5mm audio port and microUSB charging port are both found at the bottom.

At the back is the 16-megapixel camera with a single LED flash on the right side and the tiny rear speakers on the left. The camera module protrudes a bit from the surface of the back panel.

The rear camera is good during daylight and when ambient light is sufficient. However, since it does not have OIS, photos tend to become blurry on low-light conditions and even under cloudy outdoors.

Video quality is good and can do 1080p at 30fps — no 4K, not slowmo or [email protected] mode. While quality is very good on well-lit environments, it is shaky when hand-held due to lack of optical image stabilization.

Performance is really good, at par with the Galaxy Note 4 and the Galaxy S5 (for the Exynos 5 Octa variant) although we wish Samsung would have at least bumped the RAM to 3GB. Antutu benchmark gave it a score of 48,583. The 3,050mAh battery also fared well in our PCMark Battery test at 8 hours and 6 minutes. The Samsung Galaxy A8 is out in stores with a suggested retail price of Php24,990 and is available in stores nationwide. Available colors are black and gold.

Article Under:galaxy a8 samsung galaxy a8