Following Samsung’s love for point & shoot and smartphone hybrids, the company releases a new smartphone called the Galaxy K Zoom, and as the name suggests, it has a 20.7 megapixel sensor capable of 10x optical zoom along with a good set of smartphone internals. 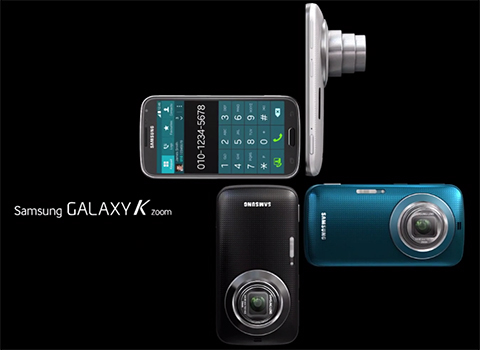 Software and hardware considered, there is a lot of similarities that you can find here with the Samsung Galaxy S5 – from the Android software tweaks to the design pattern on the back. Being a camera-centric smartphone, Samsung has included more exclusive camera features with the K Zoom such as Pro Suggest and Selfie Alarm, and it also packs optical image stabilization (OIS).