Samsung has just launched its latest flagship smartphone series, the Galaxy Note 10 lineup. In this comparison, we matched it up against one of the popular smartphones of 2019, the Xiaomi Mi 9. Check it out! 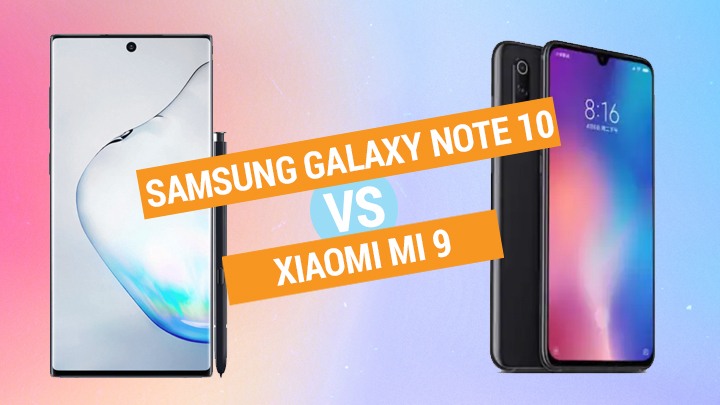 See also  TikTok to allow longer videos on its platform

Beginning with the display, the Mi 9 has the slightly larger panel than the Note 10 at 6.39 inches. However, if you’re someone who’ll ignore the extra point nine, the devices can be pretty much the same in size. They both have an FHD+ display, but the Mi 9 has a bit of an edge with its 2340 x 1080 pixels, in contrast to the Note 10’s 2280 x 1080 resolution. Do note that the Mi 9 has slim bezels around its panel as it has a drop notch that houses its 20MP front camera. On the other hand, the Note 10 has almost no bezels surrounding the screen; instead, it has a hole-punch 10MP front camera situated at the top center of the display.

Both devices are powered by one of Qualcomm’s latest flagship chipsets, the Snapdragon 855. The Mi 9 can handle multitasking and gaming without hiccups; we can pretty much expect the same smooth and breezy performance on the Note 10. RAM-wise, however, the Mi 9 has two variants, namely a base 6GB and 8GB while the Note 10 has a single offering of 8GB. Still, that’s more than enough to support the SD 855 chipset. In some territories though, the Note 10 has Samsung’s very own Exynos 9825 as its processor.

As for storage, the Mi 9 only has two variants, a base 64GB and a larger 128GB one, while the Note 10 only has a 256GB one. Even with the Mi 9 having two variants, clearly, the Note 10 wins in terms of having the bigger capacity. Both of them don’t support storage expansion, but their respective large capacities should be enough to store apps, data, pictures, videos, files, and more.

Looking into the biometrics offered by the devices, they have in-display fingerprint scanners and face unlock capabilities. As for extra features, the Note 10 has an IP68 rating, an S Pen, AKG Stereo Speakers with Dolby Atmos, heatpipe cooling, and Bixby Vision 2.0. The Mi 9, on the other hand, has an IR blaster.

The Note 10 and Mi 9 both employ USB-C as their charging port, and both of them also do not possess a 3.5mm audio jack. Battery-wise, the Note 10 comes out on top with its slightly larger 3,500mAh capacity in contrast to the Mi 9’s 3,300mAh. The Note 10 supports 25W fast charging and 12W wireless charging, while the Mi 9 has QuickCharge 4+ and supports 20W wireless charging.

The Note 10 and the Mi 9 are both flagship handsets produced by their respective companies. While it may look like they’re almost the same in a number of ways, of course, one has more to offer than the other. If you’d like a smartphone that’s almost full-screen, has a larger battery capacity, bigger RAM and storage, go for the Samsung Galaxy Note 10. If you’d like to have a similar excellent processor with RAM/storage options and a more affordable price, go for the Xiaomi Mi 9.

Which smartphone’s your pick? Share it with us in the comments!