Samsung Galaxy Note 4 in the flesh

Samsung Galaxy Note 4 in the flesh

During the Samsung Unpacked 2014 live stream event at Marriott Hotel, select members of the press and distinguished tech bloggers got a chance to play around with the Samsung Galaxy Note 4 and while we’re at it, we decided to share with you guys our initial thoughts about this newly-announced smartphone from the South Korean tech giant. 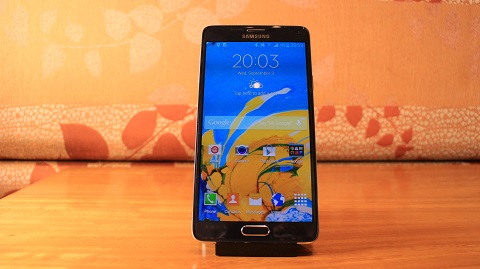 The changes that Samsung made on the latest iteration of the Galaxy Note’s design were very subtle. As a matter of fact, when the new handset is viewed head on alongside its predecessor, it can be a little tricky to differentiate one from the other, particularly for the untrained eye. 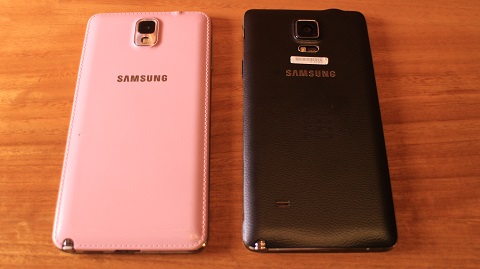 The only obvious indicator that you’re actually holding the latest iteration is the redesigned back plate that hides the battery compartment and two slots (SIM card and Micro-SD card) from plain sight. The SGN4 did inherit the faux-leather-covered back panel of its predecessor, but with a slightly leather-y feel to it and minus the fake stitches. 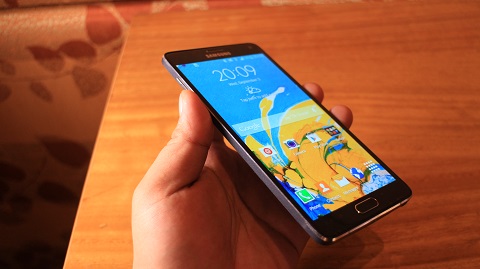 Another aspect of the SGN4 that stood out when we held the phone is the brushed metal borders that add a hint of flare to the device. Other than that, all the usual suspects are present on the SGN4’s body, including the handset’s front-mounted camera with 3.4MP resolution, and the fingerprint-sensor-infused physical home button neighbored by two soft buttons for Menu and Back.

The power button is located on the right flank of the Galaxy Note 4, easily accessible by our right thumb. The volume rocker is located on the other side which again is easily reachable with the left thumb. Meanwhile, the audio jack and the USB port are located on each end of the pole with latter being neighbored by the slot for the phone’s revamped S-Pen. 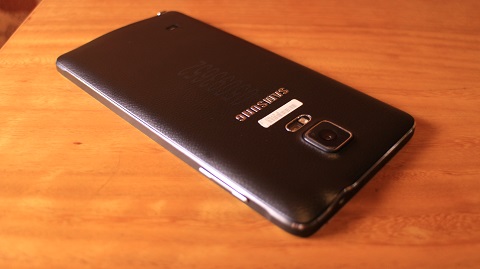 When we flipped the phone on its back and we were greeted with its 16MP smacked right in the center, near the top edge of the phone’s back panel. Below it is the snapper’s accompanying flash unit beside the heart rate monitor.

In the hands, the Samsung Galaxy Note 4 feels very well put together, despite of the fact that it’s mostly made out of plastic. As mentioned earlier, the placement of the buttons are well thought out, making it easy to use the phone (and access the external components) even with one hand.

So far, we like the overall design of the new Samsung Galaxy Note 4. It doesn’t have a lot of new things to offer as far as its design is concerned, but we appreciate the subtle changes that the company made on their new flagship smartphone to make it more pleasing to the eye.

The exact date of when the Samsung Galaxy Note 4 will arrive locally is still unknown at the time of writing, but it’s expected to make its local debut mid-October. The pricing has also not been announced yet.