Samsung has changed its flagship DNA since the introduction of the Galaxy S6. This is also evident with the new Galaxy Note 5 — premium materials, solid unibody construction and a gorgeous design that is so unlike the Samsung of old.

Of course, there were compromises made, some of them might even alienate long-time Note users but Samsung hopes the advantages far outweigh the disadvantages. 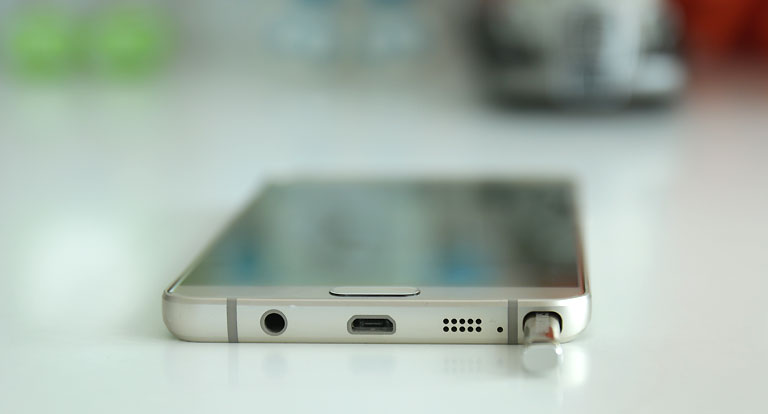 Samsung has a simple but equally complicated task with the new Note 5. A powerful hardware, large screen, stylus pen and interface that maximizes the ability to draw and take notes.

That has been a signature that Samsung tries to improve with each iteration of the Note series. Taking cue from the huge, mostly positive reception of the Galaxy S6, Samsung thought the same formula should work with the Galaxy Note 5. 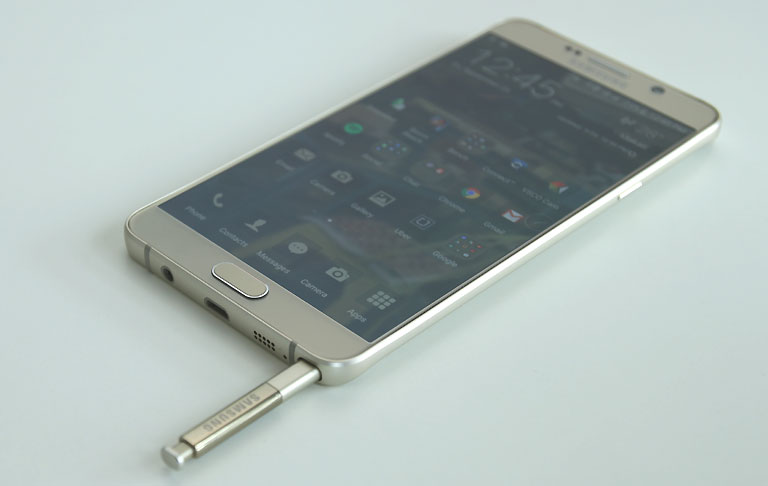 Hence, they engineered a single, solid unibody design completely out of metal alloy and covered it with tough Gorilla Glass 4 both at the back and the front.

While maintaining the same large 5.7-inch display, Samsung shaved off significant amount of excess fat to produce a slim and smaller form factor. That means it is slimmer, shorter and narrower yet offers the same display size.

The Note 5 sheds off any remaining polycarbonate and faux-leather that we saw from the Note 4 and used an all-metal body with a Gorilla Glass 4 outer layer both at the front and back panel. The power button is found on the right side while the volume controls are on the left. Up top is where you can find access to the SIM card tray that pops when you poke the pinhole. The SIM card tray can carry two nano-SIM cards for the Duos variant of the Note 5.

At the bottom end is the 3.5mm audio port, the micro-USB charging port and the S Pen. Unlike previous designs where you normally to pry out the stylus, the Note 5 has a spring mechanism that easily pops out the stylus in a single press on the head.

The front panel is flat with slightly rounded corners where the surface is completely covered in tough Gorilla Glass that is somewhat beveled along the edges. 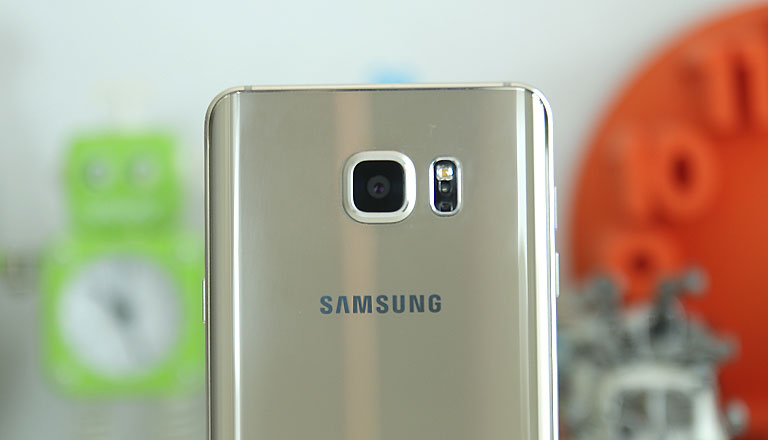 At the back is the 16-megapixel camera that slightly protrudes from the flat surface along with the dual-tone, dual-LED flashes. The Duos label indicates the device is dual-SIM which is the official release in the Philippines (this is also true with the Galaxy S6 Edge+).

To make the profile more comfortable to the hands, the back panel has been redesigned to have a more curved or tapered edges allowing for a better grip.

In many ways, the only difference between the Galaxy Note 5 and the Galaxy S6 Edge+ is the exterior design and the S Pen. There are also a few specific UI implementation that are found in the Note 5 only. 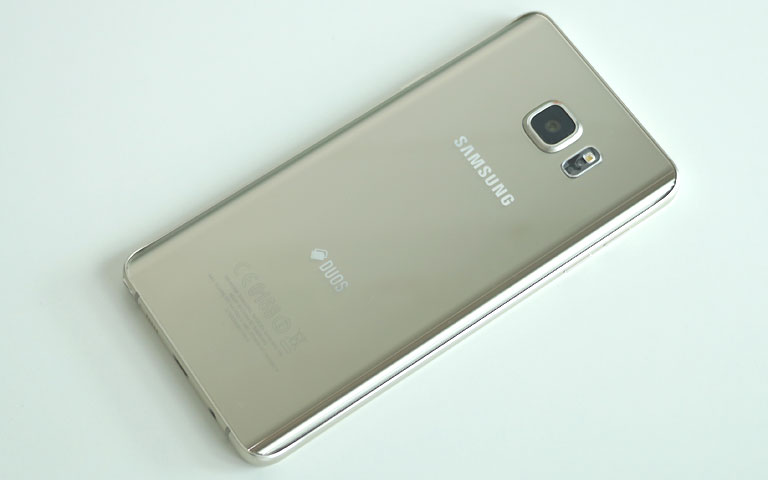 While the unibody design allows for a thinner and lighter profile, it also means that Samsung has to do away with the removable back cover which have been traditionally one of the more practical advantages of the Galaxy Note family. Likewise, the battery capacity has been reduced compared to the Note 4. However, Samsung claims the actual battery performance should be equal or better than that of the previous generation as they moved on to the 14nm technology which is more power efficient as we’ve experienced in the Galaxy S6.