Samsung has been beefing up their sub-Php10K offerings with the Galaxy On Series smartphones and one of their members is the Galaxy On7. It sports a 5.5-inch HD display, LTE, Snapdragon 410 CPU, 1.5GB RAM, and Android Lollipop. Is this phone worth getting for under Php9K. Find out in our review below. 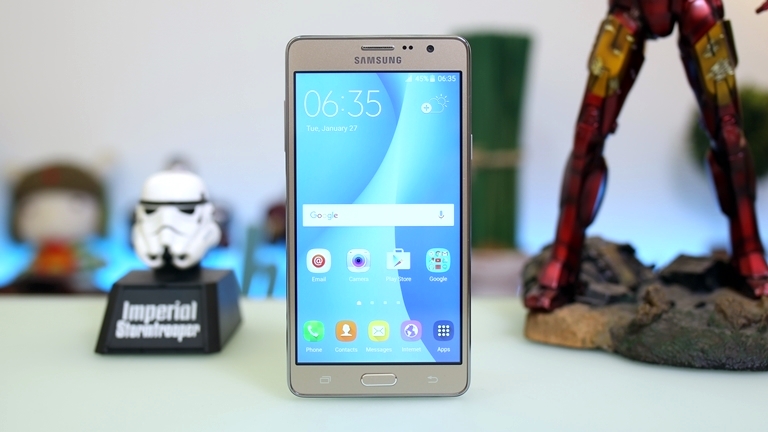 Right off the bat, we have the the 5.5-inch TFT display with a resolution of 1280 x 720 or about 267ppi pixel density. Nothing to nitpick here since it has wide viewing angles and good overall picture quality. Above it is the earpiece, 5MP front-facing camera, and a couple of sensors. Below is the usual Samsung set of keys for navigation — a physical home button in the middle with two capacitive keys on each side of it. 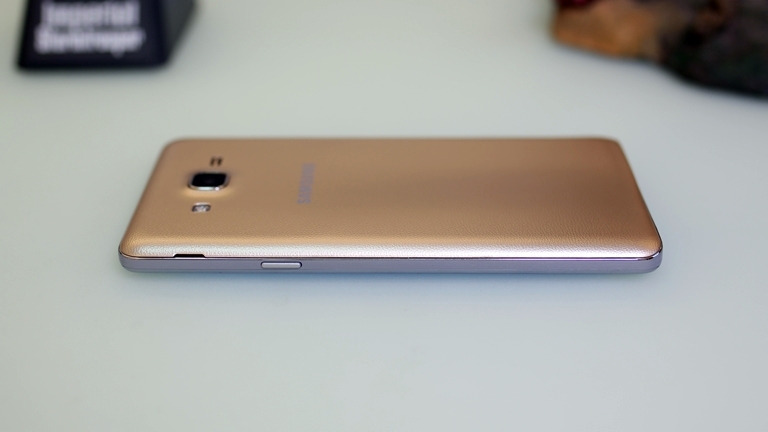 To the right-hand side of the device is the power/lock key that’s easily reachable by either the thumb or index finger, depending on your grip. The volume rocker is situated to the left side of the phone. 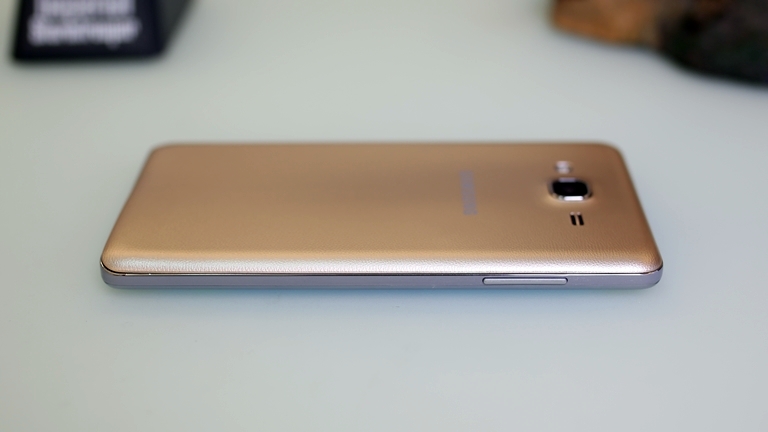 The top part is voided of any ports or holes. Although, there’s a tiny sticker label for the Qualcomm 4G radio chipset used. 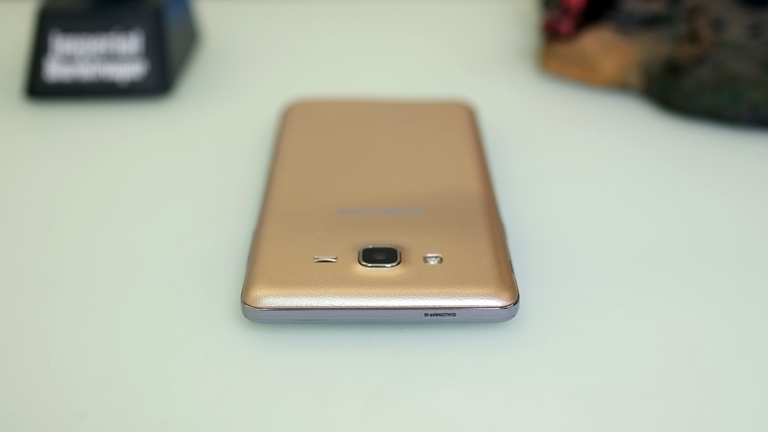 The bottom end is quite busy with the micro-USB in the middle, microphone pinhole, and the 3.5mm headphone jack. 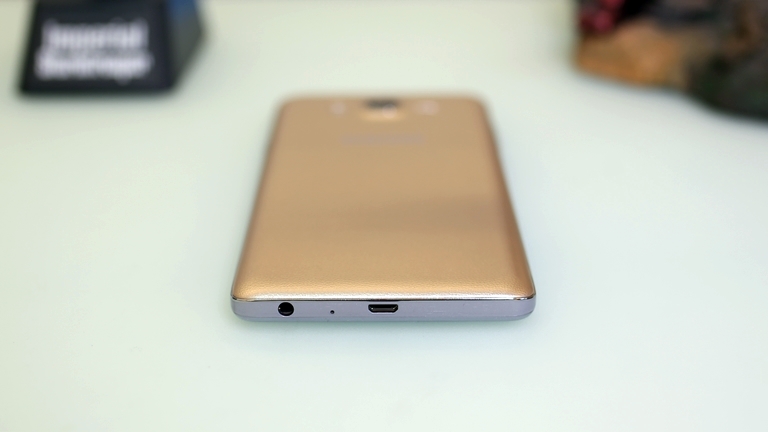 At the back is the main 13MP camera with its LED flash and the loudspeaker. 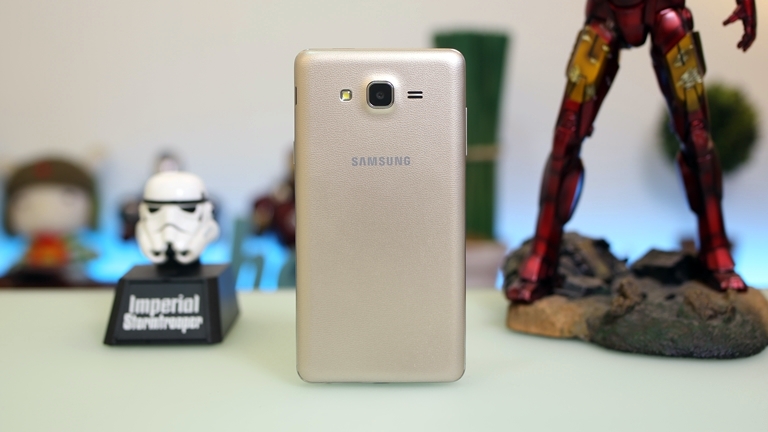 The rear panel has a faux-leather texture to it which feels good on hands. While the faux-leather panel is a bit grippy, the shiny frame of the handset is smooth to the touch.

If you like watching videos in a large screen, the On7 won’t disappoint with its 5.5-inch screen-size. The resolution and display type won’t impress you though at HD, 267ppi, and TFT screen. On the bright side, the resolution will suffice for most casual users, and although there was no mention of IPS, it has decent viewing angles with very little dimming when viewed at extreme angles, has good colors, and has an Outdoor mode that boosts the brightness when used, well, outdoors. 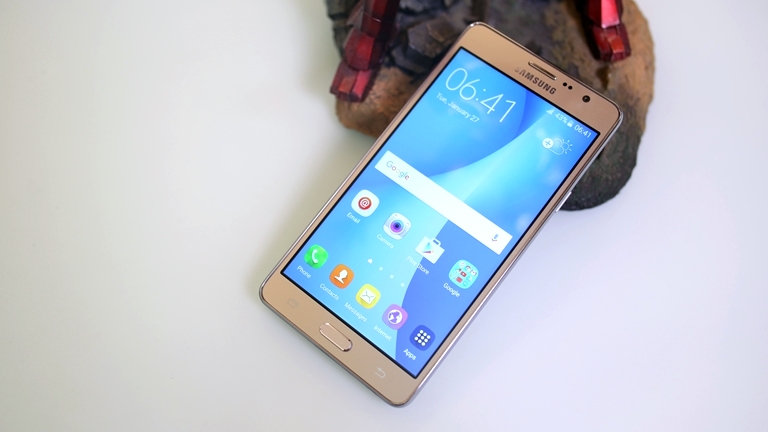 The only thing that disappointed us is the lack of auto-brightness. It’s already 2016 and for smartphones to lack this feature doesn’t make sense.

As for the speaker, it’s decent but won’t provide you with rich trebles and deep bass. It’s not that loud as well and sometimes find ourselves cupping our hands behind it to amplify the volume. If you’re in a quiet room, the speaker’s performance will suffice.

Handling the software department is Android 5.1.1 Lollipop with TouchWiz. It features an app drawer and Samsung’s colorful icons. Not everyone will like it but you can simply install your favorite launcher from the Play Store. 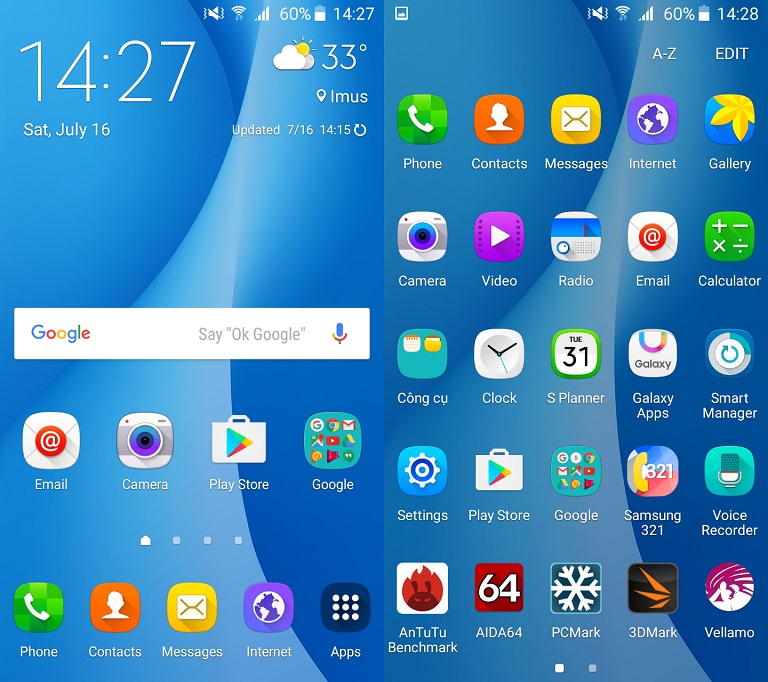 Third-party apps are not present on the On7 but comes with its own like the S Planner, Smart Manager, and Samsung 321 emergency hotline app. The rest are basic Google apps that you cannot uninstall. 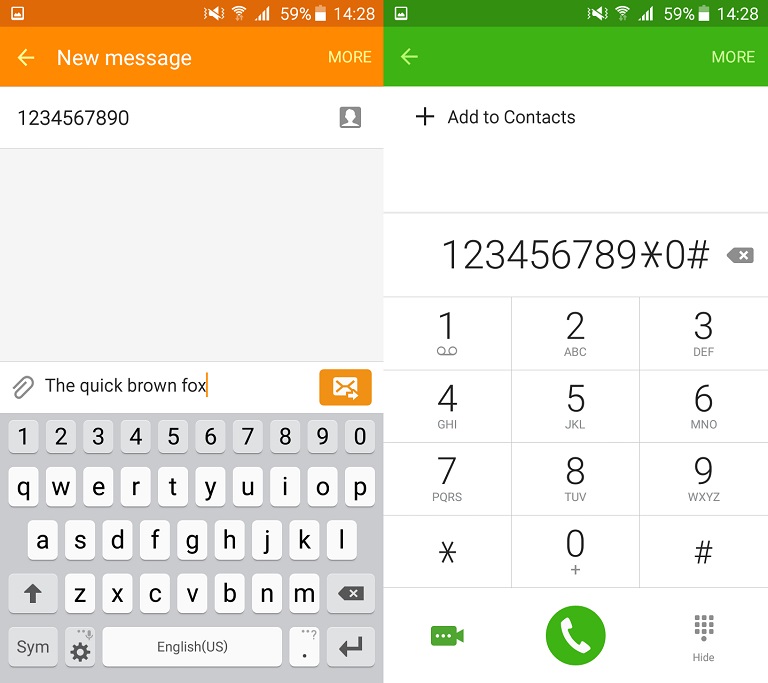 That said, this adds a toll to its measly 8GB of internal storage. Less the 3.46GB system memory and you’re left with just 4.54GB of usable space. We just loaded it with a 2GB video file and installed our benchmark apps and it’s already warning us that the memory is low. On the bright side, there’s support for microSD cards and USB OTG.

The Galaxy On7 has a main 13MP shooter on board partnered with a 5MP front. It’s not the fastest and brightest for its class, but it can produce photos with decent sharpness and colors. Low-light performance is not so good while the auto-focus tend to be slow and we often find ourselves using the tap-to-focus to speed things up. See samples below:

For in-camera features, it has Auto, Pro (manual), Panorama, Continuous shot, Beauty Face, and some filters. Video recording can support up to Full HD resolution at 30fps and stored in MP4 format. Watch sample video below.

Powering the device is a Qualcomm Snapdragon 410 clocked at 1.2GHz and Adreno 306 GPU. Perhaps the most disappointing part is the RAM at 1.5GB. Samsung could have at least made it to 2GB. Performance is good when it comes to mundane tasks but if you’re thinking of running graphic intensive game or putting lots of apps in the background, the limited RAM will choke it. Check out the benchmark scores below: 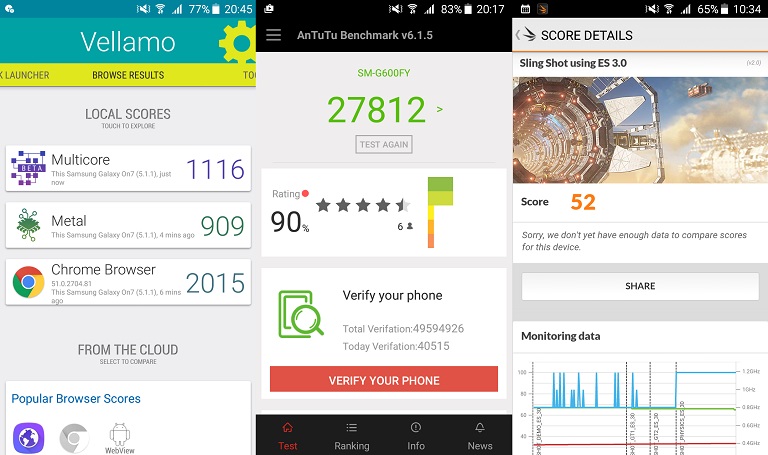 The Galaxy On7 got basic connectivity features covered. It has support for LTE, WiFi, Bluetooth, and GPS. No NFC and fingerprint scanner though. What surprised us is that our review unit does not accept SIM cards from Globe and Smart out of the box and requires a network unlock PIN. We reached out to Lazada to clarify this issue and assures that the Galaxy On7 units being sold works with PH SIM cards.

Providing juice to the device is a 3,000mAh battery. Considering the modest specs, the capacity can already be considered above average. Daily use which includes moderate calls and texts, heavy social media browsing, and very light gaming (considering the specs), we got around a day and a half before we had to charge. 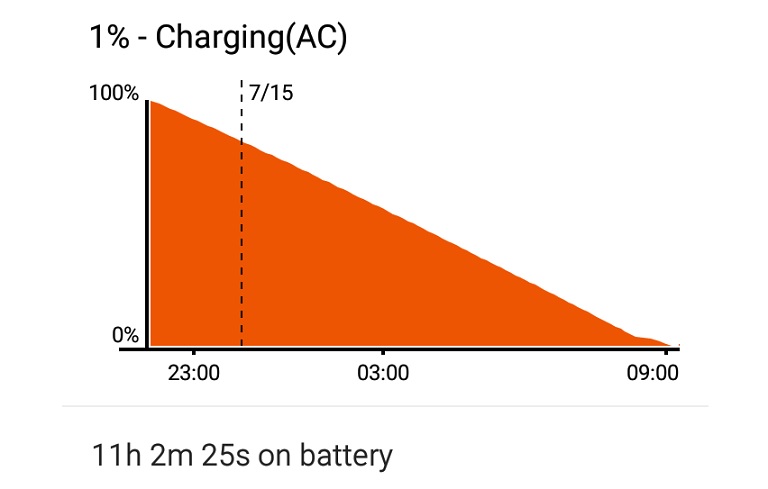 Using our video loop test (Airplane mode, 1080p video on loop, 50% brightness and volume with headset), we got 11 hours and 2 minutes which is good. As for PC Mark, unfortunately, it keeps on crashing on us during tests so we don’t have the data.

The Galaxy On7 looks like a good entry-level smartphone for casual users who are looking for a nice build and design, large display, LTE connectivity with dual-SIM, and above average battery life. It’s a hard sell though considering its asking price of Php8,990, given its limited RAM and internal storage. For that price you can get a ASUS Zenfone 2 Laser 5.5S (ZE550KL) with 3GB RAM and 32GB storage plus a better Snapdragon 615 CPU. Another option is the Infinix Note 2 with 6-inch display, 2GB RAM, 16GB storage, 4,000mAh battery, and Android Marshmallow for just Php5,999. So going back to the question if the Galaxy On7 is worthy getting for Php9K, the answer is no.

The Samsung Galaxy On7 is available for purchase at Lazada. See listing here.

What we liked:
* Nice build and design
* Good battery life

What we dislike:
* Small RAM
* Very limited internal storage
* Pricey given the specs