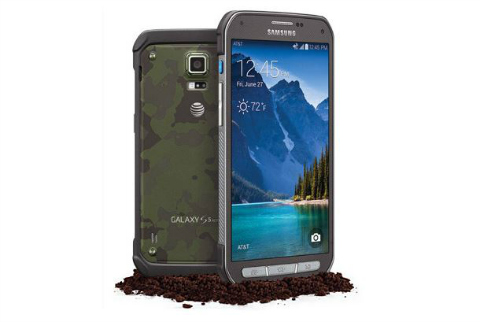 The more robust version of Samsung’s flagship Android smartphone is the successor to last year’s Galaxy S4 Active. Early rumors state that an “Active” version of the Galaxy S5 might not come because the popular smartphone is already IP67 certified (dust and water resistant).

Since the ‘regular’ version is already IP67 certified, Samsung raised the bar even further. The Galaxy S5 Active is also MIL-STD-810G certified. Aside from the usual dust and water resistance, it is also salt, humidity, rain, vibration, solar radiation, transport and thermal shock resistant. Might be too much for the average consumer but this phone is perfect for construction and other related profession.

Another physical difference from the Galaxy S5 is the inclusion of a “convenience key” on the side that starts the Active Zone app. Also, the capacitive + home button combo is replaced with hardware buttons. It’s not bulky either at 8.9mm. Who needs a thick case now?

The Samsung Galaxy S5 Active is only available for now through AT&T in North America for $199.99 with a two-year contract or a staggering $714.99 w/o contract. No word on international availability.