Samsung Electronics has announced that they have begun mass producing its latest smartphone memory solution, the LPDDR5 UFS-based multichip (uMCP). 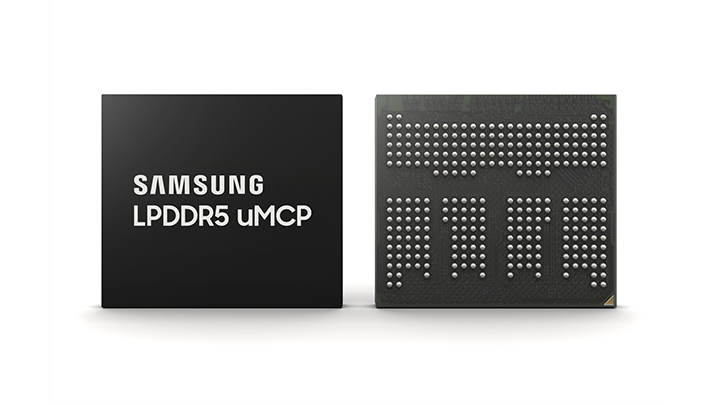 According to Samsung, the uMCP integrates the fastest LPDDR5 DRAM with the latest UFS 3.1 NAND flash, delivering flagship-level performance to a much broader range of smartphone users. Based on the latest mobile DRAM and NAND interfaces, Samsung’s uMCP can deliver lightning-fast speed and high storage capacity at very low power. This combination allows more consumers to use 5G applications that were previously only available on premium flagship models. Such flagship-level capabilities are made possible by a nearly 50% improvement in DRAM performance, from 17GB per second to 25GB, and doubling of NAND flash performance from 1.5GB to 3GB. 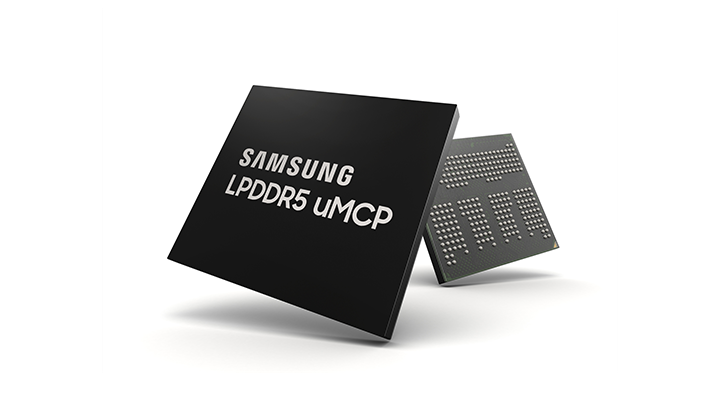 The new uMCP also maximizes space efficiency within a smartphone by integrating DRAM and NAND storage into a single compact package that measures 11.5 x 13mm, allowing more space for other features. With DRAM capacities ranging from 6GB to 12GB and storage options from 128GB to 512GB.

Moreover, Samsung has completed the compatibility testing of the LPDDR5 uMCP with several global smartphone manufacturers and expects its uMCP equipped devices to hit the markets starting this month.