They’ve outlined the problem in this infographic:

Noting the back-to-back problems that plagued the Note7 in a span of just 6 weeks, Samsung is taking itself to task in order for this incident not to happen again, especially to the upcoming Galaxy S8. 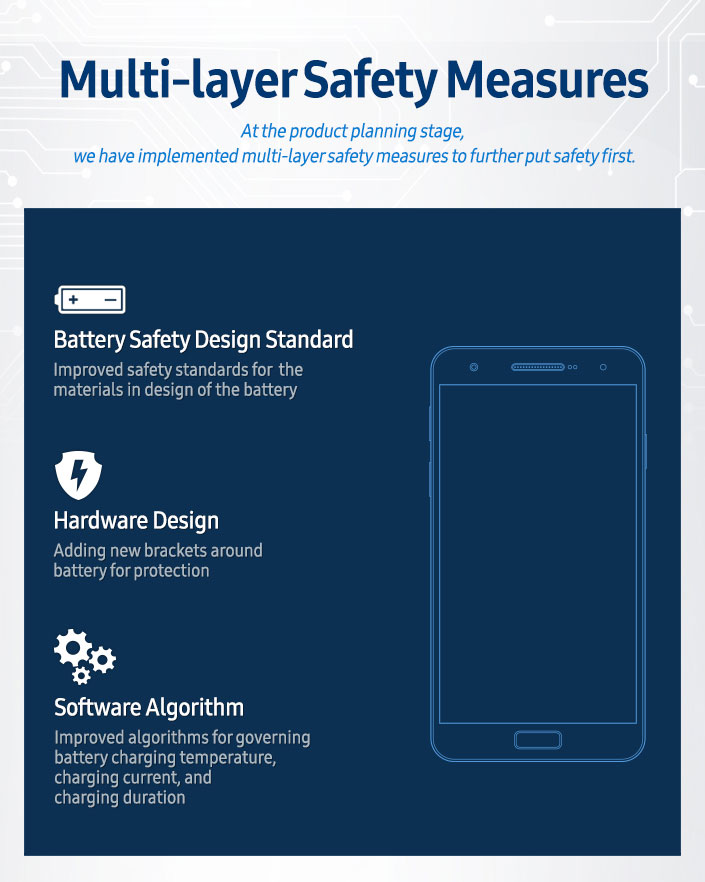 Despite the fact that the main fault came from the 3rd-party battery manufacturers, Samsung is adding 6 more Q&A tests on top of the existing 2-point test they’ve been doing. Of the close to 3 million Galaxy Note7 units that have been released, around 96% of them have been recalled while the remaining ~120,000 are still being used actively. Samsung will continue to convince users to return these units back for replacement or refund.

This development might help out at ease a lot of the questions and concerns regarding the safety of Samsung smartphones, especially the flagship ones. It’s also a timely update now that Samsung is preparing the announcement of the Galaxy S8 this March.