The handset packs a Qualcomm MSM8960 (Snapdragon S4) chip which features two powerful and efficient Cortex-A15 ‘Krait’ cores as well as the Adreno 225 GPU alongside a pretty standard 1GB of RAM. 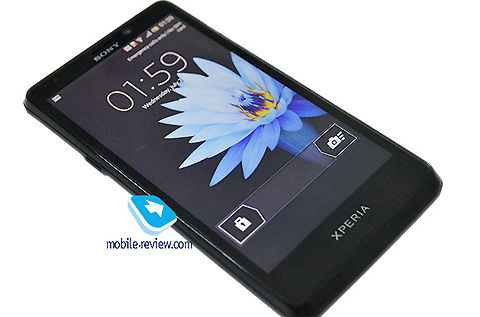 Sadly, the upcoming flagship from the Japanese giant has inherited the Xperia S’s built-in battery so users are only left with a flimsy rubber flap which houses the micro SIM and micro SD card slots underneath. As for radios, itâ€™ll come with the latest Bluetooth 4.0 standard that can reach transfer speeds of up to 1mbps and WiFi b/g/n but Mobile Review has not mentioned what cellular frequencies the phone supports or if it has Near-Field Communications under the hood.

The LT30P also has a 13 megapixel shooter at the back with full HD 1080p video recording, 3D sweep panorama, smile detection, geotagging, among many others. It’s worth noting that the device is still undergoing development so more features will probably be added once Sony decides to officially announce the phone.

Here’s performance comparison between the LT30P and some of the top Android smartphones currently out in the market:

The phone certainly crunches numbers and churn out graphics quite well and it’s not even running on a completely polished firmware, hopefully Sony decides to equip it with a larger-than-average battery pack — thatâ€™ll surely serve as the icing on the cake.