The Xperia Neo L seems to have the same exact hardware configuration as the Neo V (L stands for large, I was told).

The only two updates Sony made to the handset over its predecessor is the larger screen (4.0″ vs. 3.7″) and the update to Android 4.0.3 ICS. 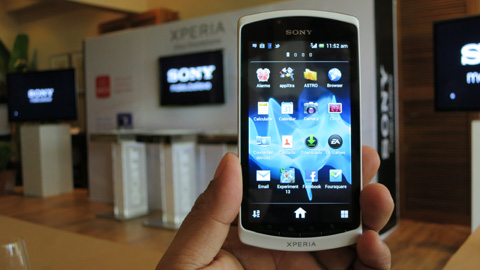 The rest, seems the same.

The Neo L is slightly thinner compared to the Neo V but at 12.2mm, it still feels a bit chunky. The design is a little different too. 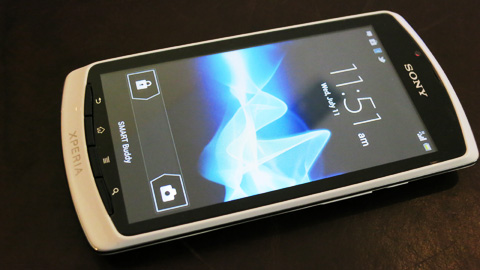 The Sony Xperia Neo L will be available in stores next week and in two colors (white and black) with a suggested retail price of Php12,490.

I agree. I am not highly recommending this phone. The 300mb usable memory is a significant disadvantage. this is the same case with my Xperia PLAY. you’ll soon get the annoying” low in space” warning since somebAndroid apps tend to reside in the phone memory. sucks. Adreno 205 and 512mb RAM is quite restrictive for the resource hungry apps of 2012.

So it really only has the screen going for it.

They even omitted the camera shutter button.

Just when I thought manufacturers have graduated from limited storage (been seeing phones with 4GB internal, and about half of that is usable).

C’mon for 12k what do you expect? this phone is great for that price range.Get a life dumbass!

Moron. Do you even fucking know me ? Dumbass ? Oh i’m sorry if making comments makes me a total dumbass. You don’t even know what the fuck Android is. Just trying to make the world a better place. No need to be rude.