Launched in the Philippines around the 3rd week of April along with the Xperia S, P and U, the Sony Xperia Sola deviated from the line-up and introduced some nifty features we’ve only seen on this smartphone. 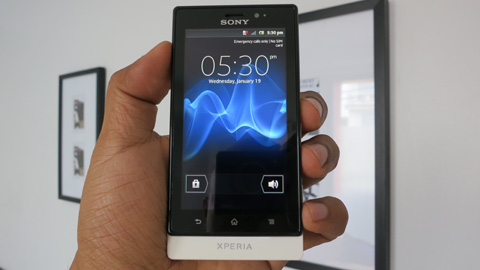 The “Floating Touch” feature on the Xperia Sola allows you to hover your finger on the screen when using the browser (also acts as a cursor when you hover over links on a web page).

We’ve tried this feature and it works but really could not figure the importance or practical use until we discovered it will still work even if you’re using gloves or touching the screen with cloth.

Short of calling it magic, Sony promises to expand this feature to other apps in the future. 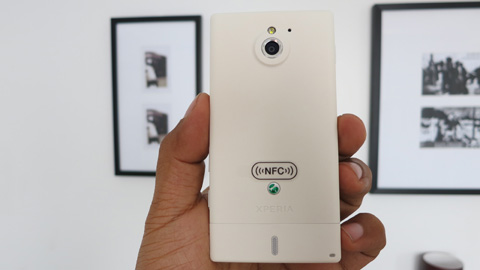 Since the Sola came with built-in NFC, there were NFC tags included in the box that allows you to customized commands when you touch it with the handset.

The handset design and construction closely resembles the Xperia S, P, U line-up but with some minor design changes.

It’s noticeably thinner with a more boxy figure and less curved back panel. The semi-translucent border at the bottom is gone. 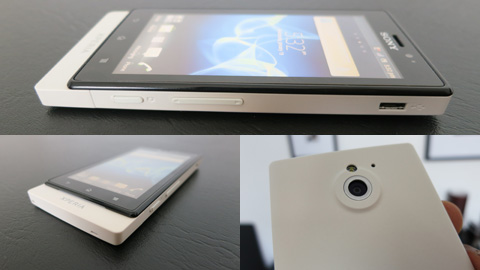 The display panel is raised a few millimeters above the body leaving a small depressed surface at the bottom end.

The normal Gingerbread soft bottoms are situated at the bottom of the black bezel.

There’s also a dedicated camera button on the side, along with the volume rocker and the micro-USB port along the right side. 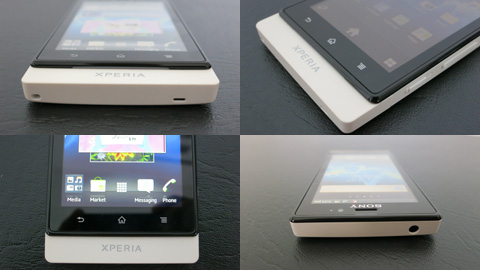 The hardware configuration of the Sola is pretty close to the Xperia U. 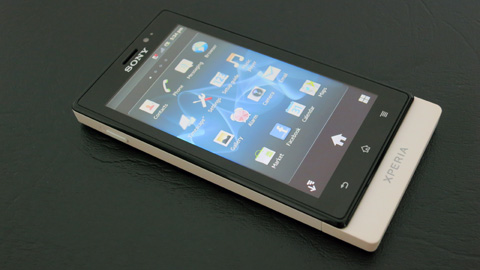 The Xperia Sola has a suggested retail price of Php16,990 but the unit we got from Widget City was selling for just Php15,800 (see here).

Watch out for our full review of the Sony Xperia Sola in a week or two.