Sony’s new flagship device was just announced yesterday and judging from its specs we can definitely say that this one’s a serious beast. Get acquainted with the Xperia Z1 by reading our first impressions below.

What Sony has done here is took they took the Xperia Z, beefed it up for some extra muscle, gave it steroids, then dressed it up nicely. Compared to the Xperia Z, it’s slightly larger, thicker and heavier, but a lot better and faster. As mentioned in the announcement, the Z1 sports an aluminum frame body which is then mounted with tempered glass on both the front and the back. Found on the front of the device is the familiar 5-inch Full HD TFT Triluminous display, along with the earpiece and 2 megapixel front-facing camera. No capacitive buttons here so the rest are all glass. Take a peak on the left side and you’ll see two flaps that cover the microSD card slot and microUSB port. Also found here is the magnetic port for the dock. On the right is another flap for the microSD slot along with the power/lock button, volume rocker, and dedicated camera button.

Right on top is the headset jack, while at the bottom is the wide speaker grill and provision for a lanyard. Flip it on its back and you’ll see the 20.7 megapixel camera with G Lens, and LED flash. 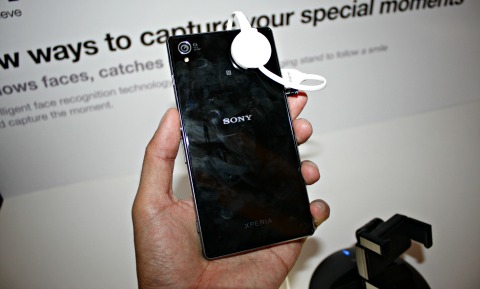 Although it carries a larger footprint compared to the Z, on hand, the Z1 screams authority and performance – the two major characteristics of a true premium flagship. If the Z and the Z1 walked into a bar, the latter would certainly grab more attention. Let it sit beside the Z Ultra and the Z1’s beefiness would make the Ultra appear lanky. 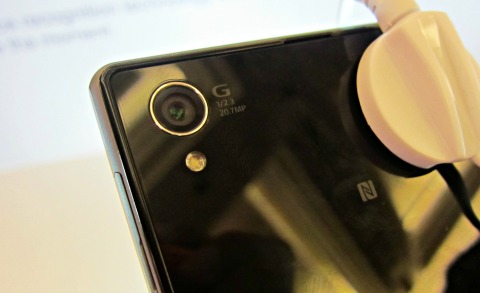 One of the main power-features of the Z1 is its 20.7 megapixel Exmor RS camera with G Lens and BIONZ for mobile image processing engine. We’re yet to go deeper into this fancy camera but here’s a couple of shots together with their 100% crops. 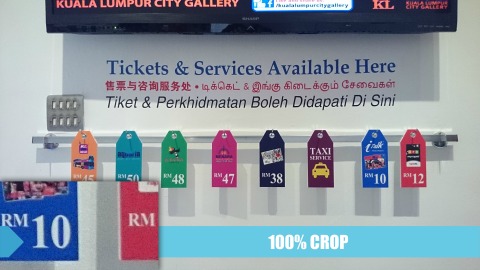 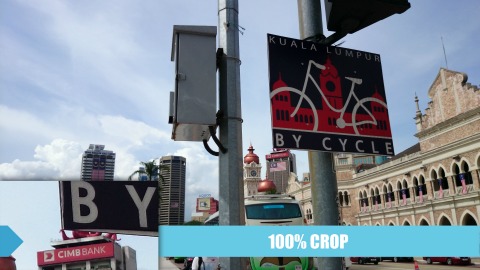 We also did a couple of benchmark tests to give you an idea on how many horses it is packing under the hood thanks to Qualcomm’s Snapdragon 800 CPU: 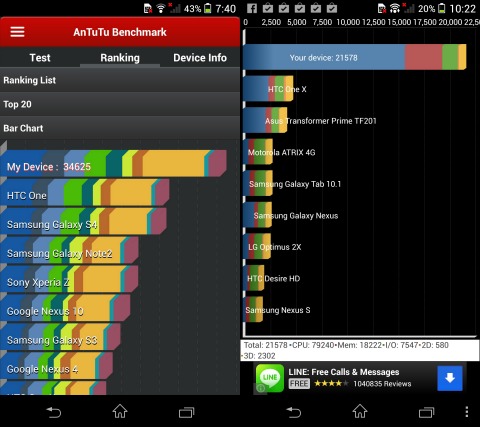 As you can see, it clearly blew away the listed competition. We’ll be playing more with the device in the coming weeks so watch out for our full review.

The Sony Xperia Z1 is slated to arrive in the Philippines in October. Pricing is yet to be announced.