Along with the glass-laden Xperia Z, its shorter counterpart – the Sony Xperia ZL also made its first APAC debut during the recently concluded launch in Singapore. Let’s take a closer look at the Japanese company’s other 5-inch offering after the break.

As mentioned in our previous post, the Xperia ZL boasts a similar configuration as its flagship sibling. The significant difference between the two 5-inchers lies in the design and make which led to the ZL not having the water and dust resistant features of the Xperia Z. 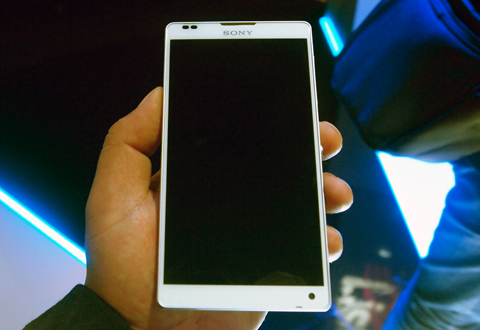 Though both the Z and the ZL has 5-inch display, the latter has a more compact frame which makes the screen look slightly smaller when placed beside the former. However, in order to fit the same screen size in a shorter profile, the ZL sacrificed a few millimeters of thickness and heft which measures 9.8mm and 151g respectively (the Xperia Z is only 7.9mm thick and weighs 146g).

This added weight and thickness isn’t as bad as you think. In fact, the phone felt more natural when held and the extra heft gives a more reassuring feel to the device. Throw the matte back cover in to the equation and you got yourself a well-built smartphone that provides a very nice grip. 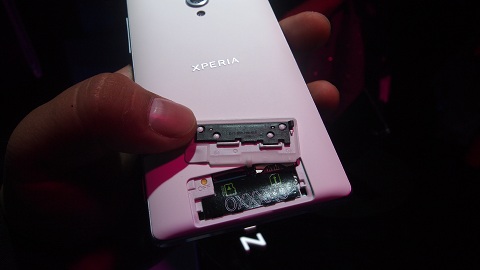 Unlike the Z, the Xperia ZL only has one tempered glass with shatter-proof film which guards its display from being scratched. In exchange for the glass at the back, Sony outfitted the ZL with a matte plastic with a flap towards the bottom which hides the Micro-SIM and Micro-SD slots. 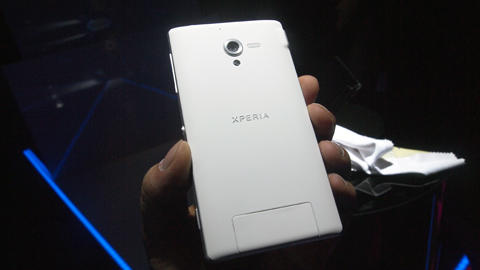 Although both handsets sport the same pair of snappers, the placement of the camera is different. The main camera of the Xperia ZL is placed in the top middle portion while the front-facing one is oddly placed at the bottom of the 5-inch screen.

Here’s a short hand’s on video of the Sony Xperia ZL:

In essence, the Sony Xperia ZL is just a compact and non-IP55/IP57 version of the company’s flagship handset. It comes with all of the desirable traits of the Xperia Z minus the thin and stylish form factor. This should be perfect for consumers who don’t mind not having the additional tempered glass at the back and water/dust resistant feature of the Xperia Z. And if priced accordingly, the Xperia ZL should give its competition a run for its money.

Speaking of pricing, Sony is yet to formally announce the price of their two new smartphones, although they did mention their plans of releasing the Z and the ZL on the latter portion of this quarter. We can probably expect these handsets to be launched locally around April or May.