Before 2017 ended, Samsung has unveiled the Galaxy A8 (2018) and its beefier sibling the Galaxy A8+ (2018). Despite being categorized as a mid-range smartphone, the Galaxy A8 has some features which are commonly found in Samsung flagship smartphones.

In this specs comparison, we will put the Galaxy A8 (2018) and Nokia’s flagship smartphone, the Nokia 8, head-to-head and see which one looks better on paper. Let’s dive in! 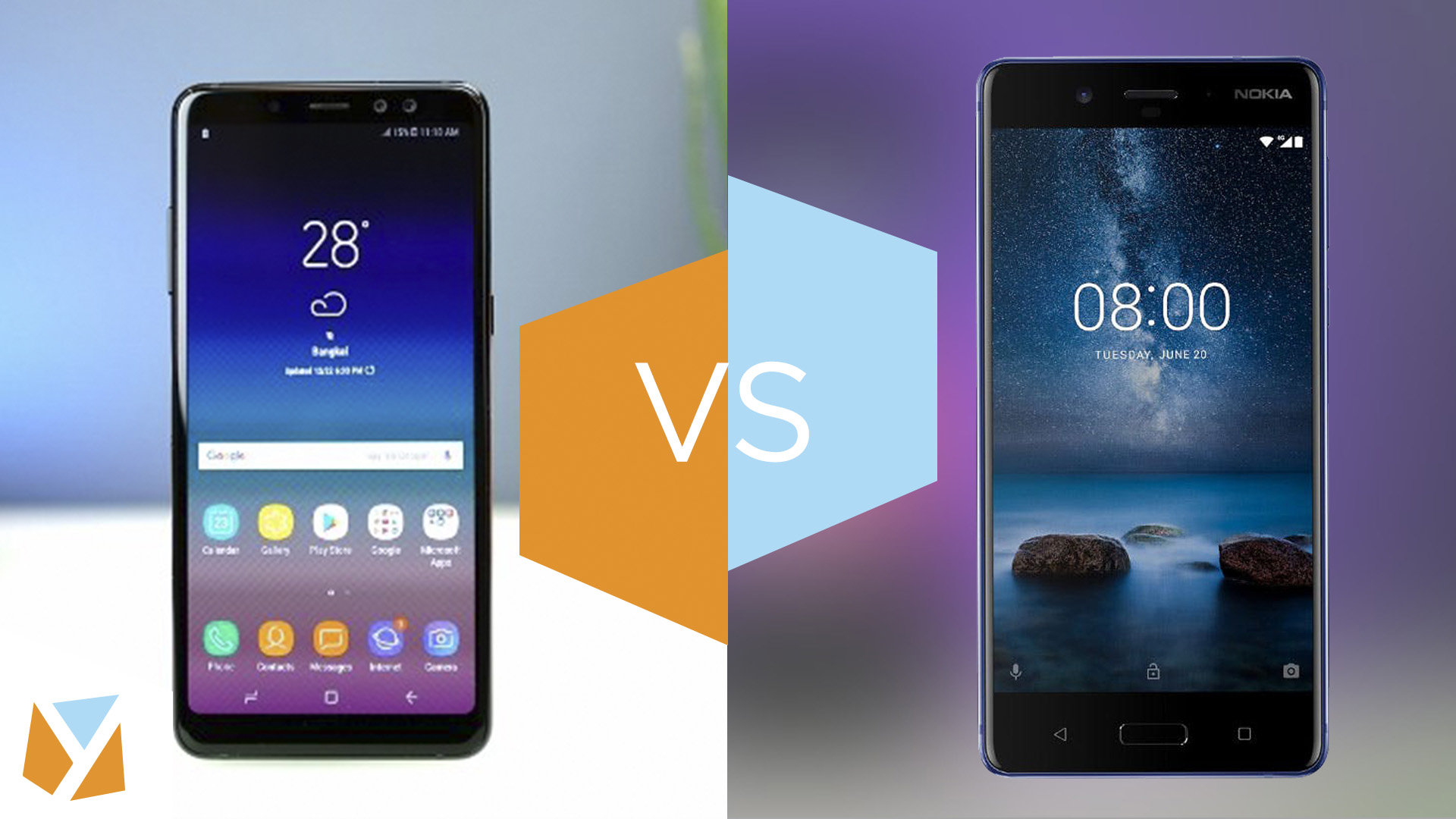 Based from the info above, the A8 (2018) takes the crown by having a slightly larger screen and an 18:9 display, which is a now trend for most smartphones released in the market today. This configuration will appeal to users who are into large screen size when viewing or watching contents.

Storage-wise, the Nokia 8 gets the upper hand since the A8 (2018) only comes with 32GB of internal storage out of the box. However, the latter has a dedicated microSD slot so users can use two SIM cards without sacrificing storage expansion. The former uses a hybrid setup.

When it comes to its batteries, the Nokia 8 has a slightly larger capacity with 3090mAh compared to the Galaxy A8 (2018)’s 3000mAh. The latter comes with fast charging technology while the former doesn’t. During our PCMark battery test, the A8 yielded 12 hours of playback. Unfortunately, we’ve yet to test the battery life of the Nokia 8.

For their special features, the A8 (2018) has IP68 Water and Dust resistance meaning, it can be submerged under 1.5m of water for 30 minutes while the Nokia 8 only has IP54 splash and dust resistance.

How about you, guys? Which one do you prefer? Leave a comment down below and let us know.

Agree with Alex but this is also the fact that Nokia also have introduced affordable and nice smartphone with awesome specs. I know that its not a much famous brand as compared to Samsung in smartphone industry but this is also a fact that Nokia also gave tough time to its competitors I am also thinking to develop a mobile app from redleos(.)com/mobile-app-design-and-development/ but as i have no experience before with this company. Anyone, who have a experience with trusted brand please share it with me. Thanks

So true,
I discharged the battery as instructed, but the charge took over 4 hours. Can’t comment on life as it just finished charging. Updated review – unlike my OEM Samsung battery, this one requires a genuine Samsung charger (as stipulated in the product details). Now charges in about an hour. Also, I am very impressed with the battery life, nearly 2 days between charges. I can’t give it 5 stars, as I need to be able to charge in my car & from other USB sources.

the battle between Samsung and Nokia is amazing since both have amazing features. people like me want both mobiles but I am confused that’s why I’m thinking to design and develop an App comparison site but you know, it’s not an easy job to collect mobiles data. A lot of time and cost is required to build such a website and I don’t want to spend a lot of money as I am new in this field. My colleague has recommended me RevGlue for this purpose as this a UK based registered company and are providing app and its deals data for the UK only with the name of RevEmbed technology as I have read its blog revglue.com/blog-detail/13-setup-free-uk-mobile-comparison-website but I am a little bit confused as its a newborn company. Anyone, have experience with RevGlue. Guide me guys in this respect. Waiting for your kind response. Thanks in advance. Once again thanks for sharing the nice piece of stuff with us.

a choice between samsung ang nokia? I would go for the nokia for better build. samsung phones feel like plastic compared to nokia smartphones (feels like a lump of aluminum).