When it comes to bang-for-the-buck smartphones, two brands come to mind – Xiaomi and OnePlus. These two have recently launched their newest devices, offering flagship specs at very competitive prices. Check out our specs comparison of the Xiaomi Mi 8 and the OnePlus 6. 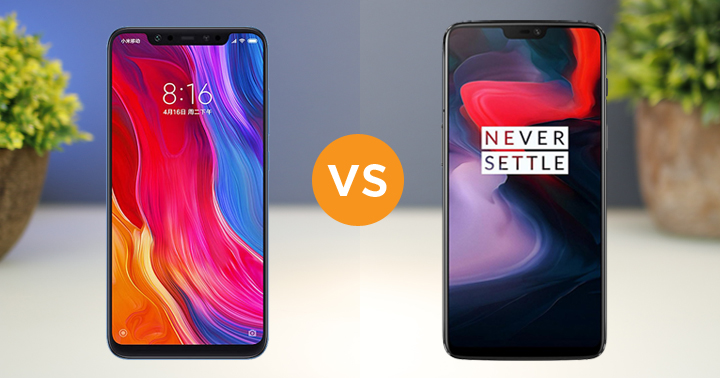 The two smartphones are almost on equal footing by sporting almost the same screen size and pixel density, Snapdragon 845 chipset, and storage variants, so you can be sure to get good viewing experiences and powerful performance.

The Mi 8 wins for having a higher front camera resolution with AI, and features such as an infrared face recognition which is theoretically better than the standard face unlock, and dual-band GPS, which Xiaomi boasts precision positioning compared to your standard GPS setup.

It also has a higher battery capacity but is able to maintain a thinner and lighter body than the OnePlus 6.

The OnePlus 6, on the other hand, has an 8GB model. Although the Xiaomi Mi 8 Explorer Edition has this RAM option, that is a different device altogether. It also has a 3.5mm audio port which is still a handy feature and splash resistance.

When it comes to imaging, the OnePlus 6 has a higher resolution dual rear cameras, but we’re yet to see how it fares against the Xiaomi Mi 8 in terms of quality. DxOMark rated the Mi 8 at 99 points, while results for the OnePlus 6 are yet to be released.

So what do you guys think? Which flagship smartphone do you think deserves your wallet’s attention? Let us know in the comments section below.