With Xiaomi announcing their phablet with premium specs and affordable price tag, they’re obviously going after and competing against other manufacturers in the same scene. One of them is Apple with its iPhone 6 Plus. Let’s take a look at the side-by-side comparison of both their specs. 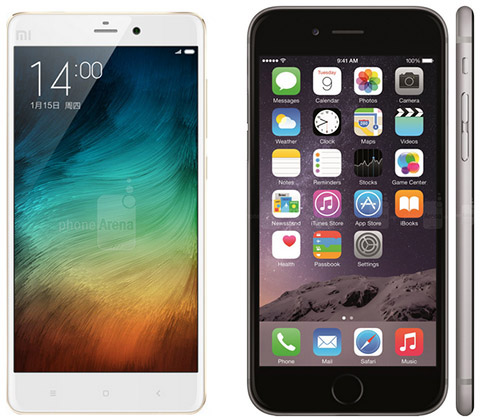 In favor of Mi Note Pro:

In favor of iPhone 6 Plus:

On paper, the iPhone 6 Plus’ specs are a far cry compared to that of Xiaomi Mi Note Pro’s. Same is the case for both their pricing with the Note Pro being much more affordable than the iPhone. But since we know that the iPhone’s decent specs work together more efficiently than other higher spec’d internals, it will all just boil down to user experience to prove whether the Mi Note Pro is indeed the iPhone 6 Plus killer.