Let’s take a look at the cheapest of the bunch first, the Flare Lite DTV 2. The new DTV 2 doesn’t differ that much from its predecessor or rather it’s almost the same device save for the operating system which is now Android 6.0 Marshmallow. The device it still has the same form factor, 4-inch display, 1.2GHz Quad-core processor, 4GB internal storage, 512mb RAM, 5MP rear camera, 2MP front camera, and 1,400mAh battery as it’s predecessor. Cherry Mobile might’ve saved some time and effort if they just updated the software of the previous device instead of releasing this new one. The Flare Lite DTV 2 is spotted to have a price of Php 1,799. 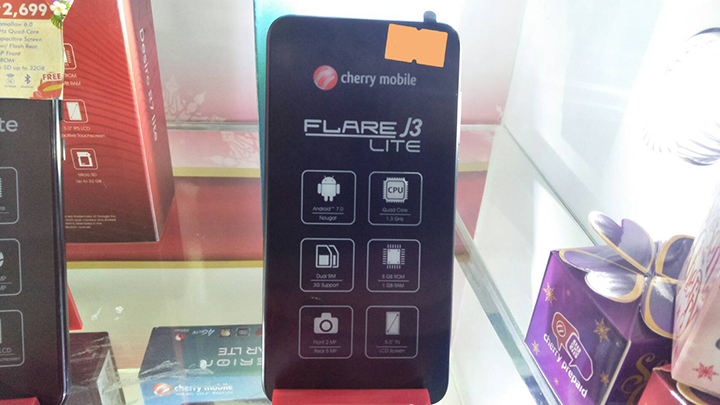 Next in line is Cherry Mobile’s Flare J3 Lite. The newest member of the J family line sports a 5-inch TN LCD screen, a 1.3GHz Quad-Core processor, 8GB of internal storage, 1GB of RAM, a 5MP rear camera, a 2MP front camera, and Google’s Android 7.0 Nougat. The device seemed to be a slightly watered down version of the Flare J3 but with an updated OS. It is spotted to have a price of Php 2,499. 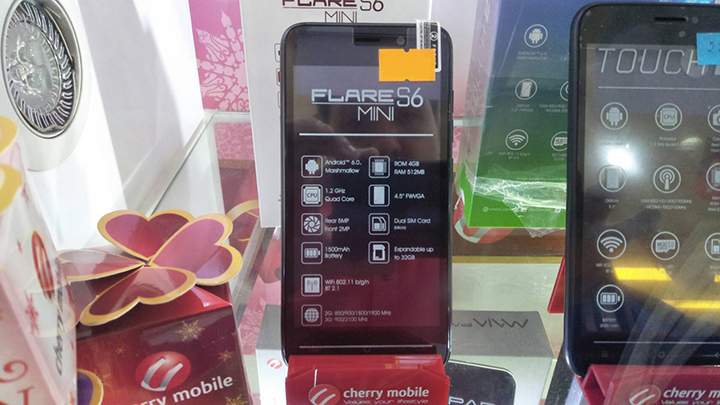 Last but not the least is the Flare S6 Mini, which is a part of this year’s updated Flare S line. The device is powered by a 4.5-inch FWVGA display, a 1.2GHz Quad-Core processor, 4GB of internal storage, 512MB of RAM, Android 6.0 Marshmallow, a 5MP rear camera, a 2MP front camera, and a 1,500mAh battery. It is perhaps the lowest specced phone of the S6 series but it might be the most affordable at a rumored price of Php 2,299.