OPPO has yet to reveal most of the details about its newest F5 selfie smartphone, but YugaTech was able to scour bits of information regarding the device by interviewing sales agents from a known OPPO retailer — Technokid. 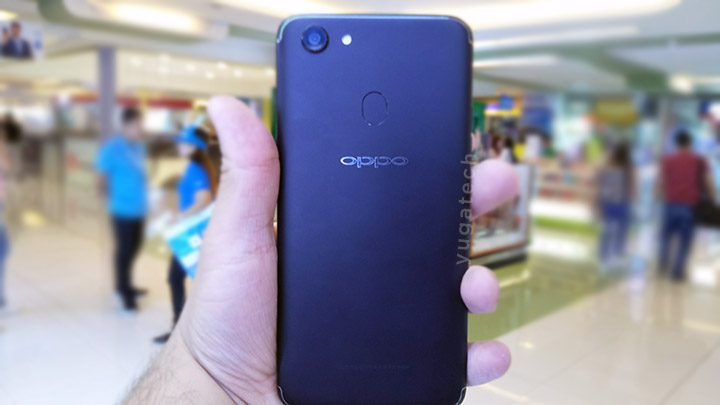 The brands’ sales associates that we’ve talked to at the SM Cyberzones we frequently visit seems to always tout the single front camera the phone possess which is assisted by Artificial Intelligence (AI). Judging by the words alone, the AI will assist the user on which parts of their selfies should be improved each time they take one. Aside from the camera, there’s also the 6-inch Full HD+ display and the fingerprint scanner which is now placed at the rear as a result of the longer 18:9 display aspect ratio. We were able to experience the phone’s physical feel and profile as well, through dummy units that are already displayed in a few stores.

According to Technokid, the OPPO F5 will be launching in the country with a Php14,990 or Php15,990 price tag. This puts the device just in-between the recently-launched Huawei Nova 2i and Vivo V7+, which are both equipped with an 18:9 aspect ratio display and their own camera features to boot. The phone will also be available at 0% installment up to 12 months on major credit cards,  as well as 0% interest installment through Home Credit with a yet to be determined term, according to sources. 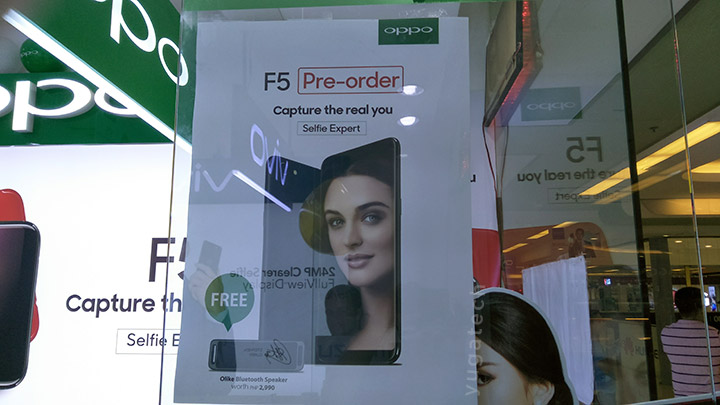 Pre-orders are already underway at several of these stores such as the one photographed above, offering an exclusive Olike Bluetooth speaker worth Php2,990 to those who avail. A Php1,000 deposit will be required to pre-order and is deductible upon claiming when the phones are available for sale on Saturday, November 4th.

More info about the device will be revealed and made official as the brand reveals its newest ‘Selfie Expert’ smartphone tomorrow, October 26. Tune in to YugaTech for our coverage.