Launched only in January, the Starmobile Diamond X1 is the 1st octa-core phone released by a local brand in the Philippines. With its octa-core processor, 6-inch IPS 720p screen, 2GB RAM, let’s take a look if the X1 has the potential to be the best locally branded phablet. Here’s our full review. 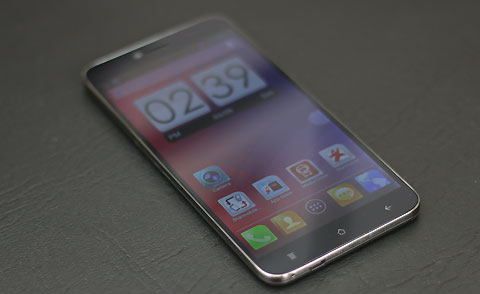 Starmobile teased us with their octa-core handset as early as December. When the Diamond X1 came out and finally revealed itself, it became an instant hit.

The X1 only comes in 2 color palettes: one is a black front, polished metal frame, brushed aluminum back cover, and white back panels; while the other is a two-tone black finish with a matte, metallic back panel (one is a unit we bought on the first day it was released and the other one was later sent out by Starmobile to review). Polished metal frames the front of the phone, where it houses the 6-inch display, 3 capacitive buttons (menu, home and seek), the earpiece, front-facing camera, light and motion sensors.

The thin bezel (only 2mm on the side) and the rounded corners make the phone look sleek and elegant. These also help make the phone surprisingly easy to handle, despite its massive screen. 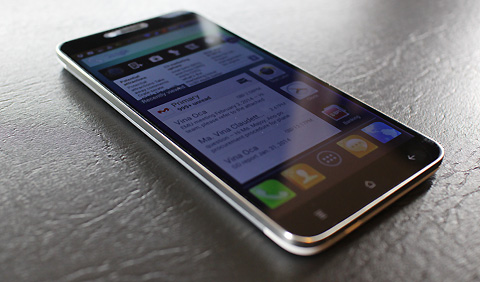 Placed on top are the headset jack and the power buttons. On the right is the volume control, while the bottom has the microusb port.

Flip it on its back, and you’ll see 18 megapixel camera, a single LED flash, and the 2 Yamaha speakers. The removable brushed aluminum back cover protects the battery, dual-SIM and micro-SD slots. 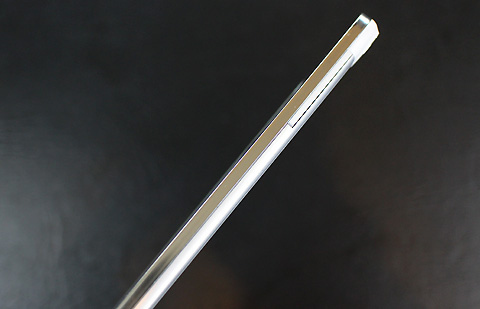 Just make sure to buy one of their phone covers. Although the screen is scratch resistant, the metal cover and frame may easily get scratched if you have keys in your pocket.

With its heft and better than average build, it looks like Starmobile pulled all the stops to please the end user.

Up at the front is the 6-inch IPS LCD display with 720p resolution (245ppi) that’s decent enough even for its size. The display quality is good, color reproduction is great and has good viewing angles. The images are crisp and clear and the only time you will notice the pixels is if you look a little closer to the screen. 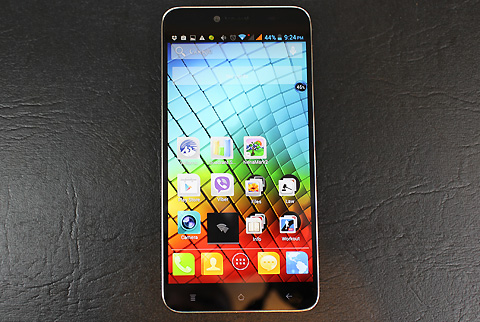 Starmobile uses its own custom UI on top of Android 4.2 Jellybean. It looks simple, nothing fancy but really clean and well-done. It comes with a few pre-loaded apps like Starmobile App Store and Starmobile Sync. With apps like Facebook, Twitter, Whatsapp and Youtube, third-party apps were kept at minimum. The handset performs well, is very snappy and loads apps quite fast. Gaming is also equally good and so are the dual Yamaha speakers at the back.

We played Dead Trigger 2, and the X1 didn’t fail to impress! Even when graphics were set on high, game play was buttery smooth. The octa-core processor and the 2GB RAM certainly make this a topnotch gaming phone.

Users who like taking photos with their smartphones won’t be disappointed with the 18MP BSI auto focus camera. It comes with a LED Flash, so taking pictures in the dark isn’t half bad. Just like most other smartphones, the camera app itself is pretty much standard and comes with the usual bells and whistles like HDR, Smile Detection, Multi-Angle shot, and some filters.

You can also manually adjust exposure, white balance, and scene modes if you dig inside the settings. As for its 8 megapixel front-facing camera, it will suffice for video calling and some selfies as long as you have an ample amount of light available. Check out some samples below:

The X1’s camera is also capable of recording 720p videos at 30fps and saves it in 3gp format. Watch the sample video below:

As for multimedia capabilities, the X1 is a top notch phone for watching movies, listening to music, and playing games. The 2 Yamaha speakers are very audible and can produce acceptable levels of bass. When playing Cytus or Deemo, earphones now become optional.

The X1 is equipped with a MediaTek MT6592 1.7GHz Octa-core processor, Mali 450MP4 GPU, 2GB RAM. It has an 8GB internal storage, can be expanded up to 64GB via microSD card. After a month of using the phone, we’re happy to report that apps launch fast, animations and transitions are smooth, and overall, very responsive. If things do get a bit slow, just use an app killer or restart the phone, and it’ll be back to giving you an lag-free experience.

As highlighted above, the X1 was able to handle 3D and 2D games with ease. We also took a bunch of benchmarks on the device and got these scores.

The Antutu score was pretty high, coming close to the Snapdragon 800 of Qualcomm. So is the Sunspider score (lower is better).

The X1 handled calls normally as expected. We can be heard clearly on the other line and vice versa.

The final battery rating of the Diamond X1 is only 2,400mAh. In our usual battery test which includes playing a 1080p movie file in Airplane mode with volume set to 50% and brightness at 50%, the result is a below average 6 hours’ worth of movie playback. 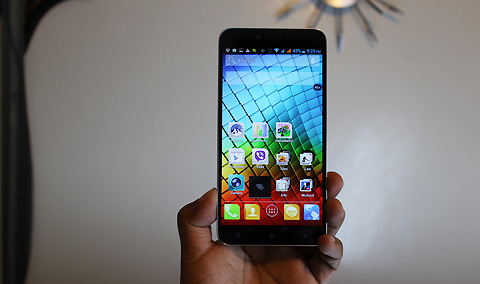 As we use the X1 to share mobile internet in the office, the unit barely has enough juice to last the day. The battery may not be enough to power all the goodies under the hood.

With its relatively affordable price, yet impressive hardware, this may indeed be the best locally-branded phablet. But the X1 is not for everyone.

The display size may be too big for some; but for those who love 6-inchers and bigger yet are afraid of spending too much, this phablet is perfect. Well, almost perfect. The Starmobile Diamond X1 is available in stores with a suggested retail price of Php13,990.

What we didn’t like about it:
* Below-average battery life