Starmobile has recently unveiled a new device to their portfolio called the Up Groove, and it boasts of listening to tunes at an affordable price. Here’s a quick look at th?e local brand’s newest offering.

Boasting an amplified loudspeaker (dubbed as PocketPunch) for multimedia consumption, the Up Groove is an entry-level phone that’s made for those who want booming sounds that come from their small devices. From the get-go, one can receive the following: the unit itself, a removable battery, a microUSB cord, a wall charger, a pair of stock earphones, couple of papers for warranty and quick start, and a Smart LTE SIM card. 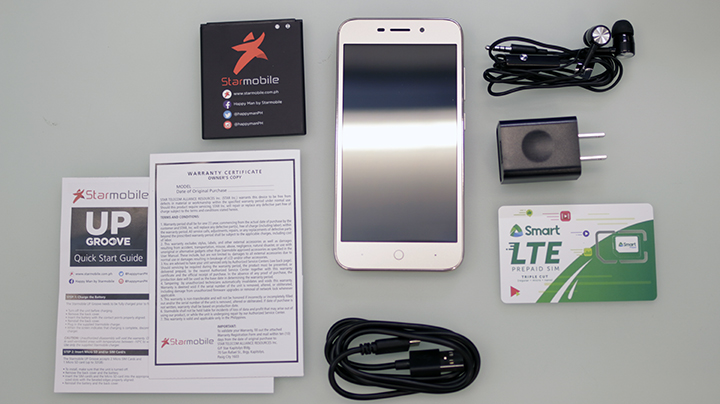 The device doesn’t stray far from other Starmobile devices we’ve reviewed in the past few months when it comes to structure. The front consists of a 5-inch display, the usual set of front sensors along with the eight-megapixel selfie camera, and three non-illuminating capacitive buttons used to navigate the phone. 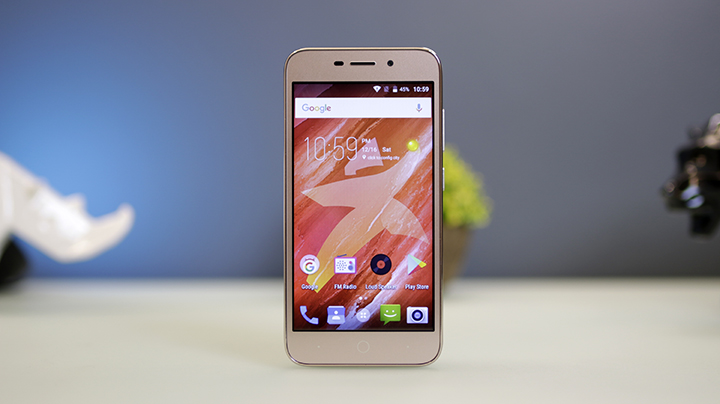 At the top of the device are the 3.5mm audio port and the microUSB port. A chrome part separates the front panel and most of the body from the back shell. 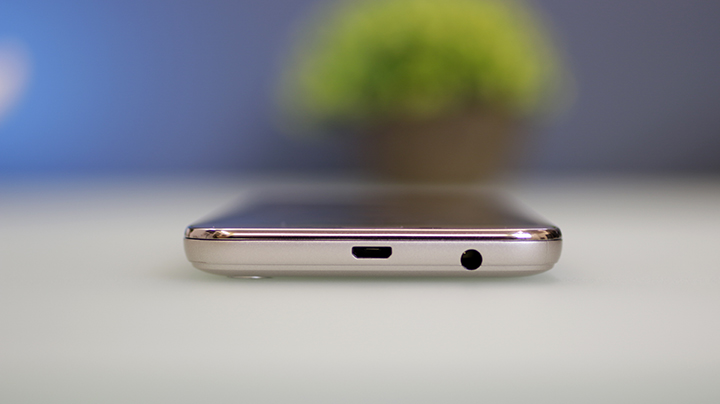 The left side of the device, on the other hand, has the volume rockers and the power/lock button. There’s also the small indented space for prying open the back shell safely. 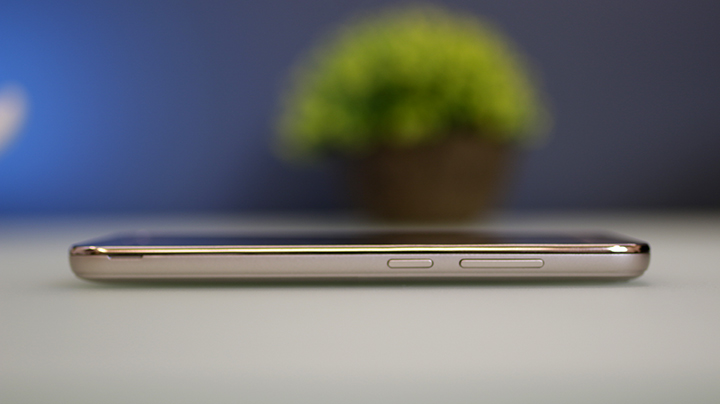 At the back of the device around the upper-left, accentuated by a chrome embellishment is the 8-megapixel rear camera accompanied by its dedicated LED flash just right below. It also has a unique design — the lower half of the device sports horizontal lines embedded on the shell for a supposed better grip. Prying open reveals that there are slots for two micro SIM cards and a microSD card. Judging from the layout, you’d have to remove the battery more often if you are keen on changing what you insert on any of these slots. 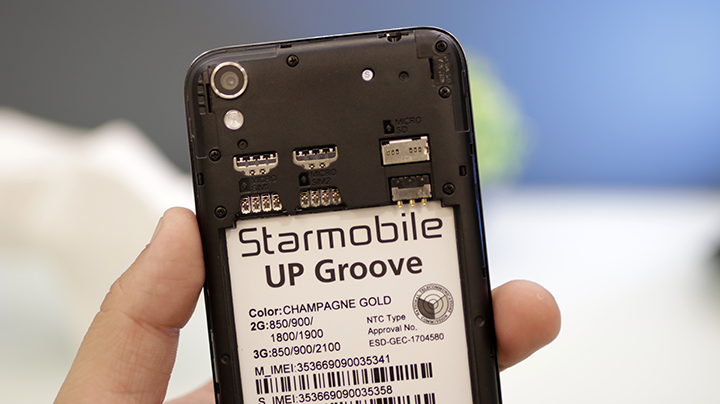 The Up Groove is quite bulky at 9.1mm considering more premium-looking budget smartphones are entering the market, but there isn’t anything that would be of an inconvenience as it’s solidly built — the phone is still good to hold for prolonged periods of time and is not that slippery thanks to the ribbed texture at the lower back. 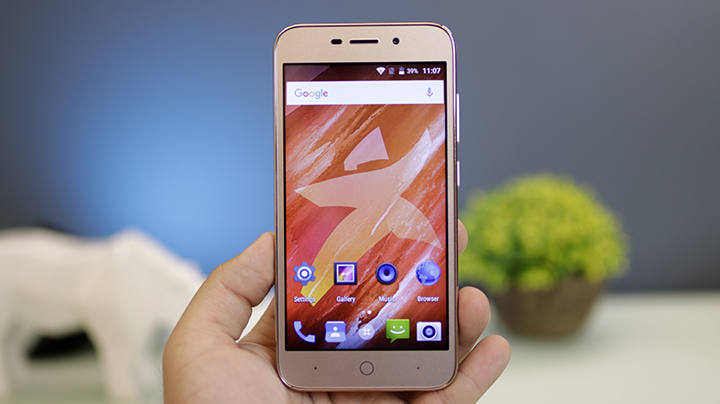 The Up Groove’s display is decent, as it packs punchy colors, good viewing angles, and appropriate brightness though you wouldn’t see that much at high noon. Seeing it on a five-inch display could make those who want a bigger size scream for more but the device is decent for both multimedia and gaming. The phone’s audio is set, by default, to the normal sound that you would hear from other smartphones which is in the 60-65dB range. The Up Groove has around 68dB at normal peak, but turning on its PocketPuch/LoudSpeaker feature amplified the music without compromising much of the music quality to 80dB.

Both its eight-megapixel-cameras are just right for social media uploads with decent colors, brightness, and contrast, though focusing could be a bit slower than the usual especially on low-light instances. Here are some sample shots:

With 1GB of RAM and a quad-core MediaTek chip in tow, it’s capable of performing decent light to medium tasks with a few slowdowns especially on social media, but there are system features that can help minimize this such as DuraGuard which kills background applications. Here are our initial benchmarks:

The Starmobile Up Groove is available in stores for Php3,490 at Starmobile stores and kiosks, and at authorized dealers.