OPPO is gearing up to launch its newest selfie-centric F5 smartphone this week, and we may be in for a treat with not one but three variants arriving in the country this holiday season. 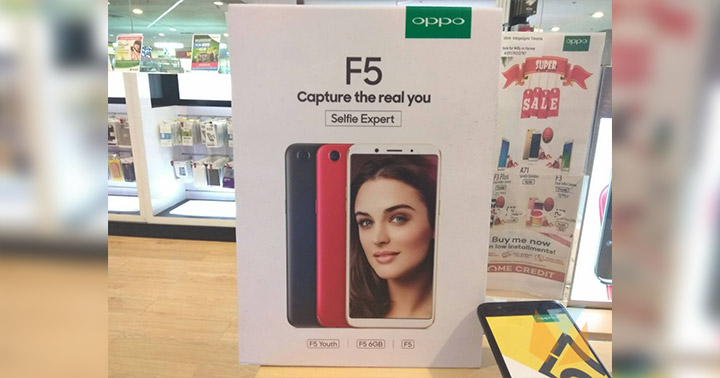 Similar to a poster that’s seen in Thailand, we may expect the OPPO F5 to arrive in three variants here in the Philippines as seen from a material at several stores in a Quezon City Mall. A regular OPPO F5, a beefier variant sporting 6GB of RAM, and a ‘Youth’ version is advertised. Unlike its other advertisements, though, this one doesn’t have the usual local endorsers on the photo which is quite confusing.

Not much has been mentioned about the new OPPO F5 aside from a rear fingerprint scanner and a new AI technology designed to make your selfies better, so we’ll see as we cover the launching of the new selfie smartphone (or smartphones) in a few days.

With report from Vaughn Chua