A few days ago, the key specs of the vivo Y20 has been spotted on Geekbench. vivo seems to be working on its launch, adding Y20i on the lineup. Recently, marketing materials for both smartphones indicating its key specs and design renders surfaced on Twitter. 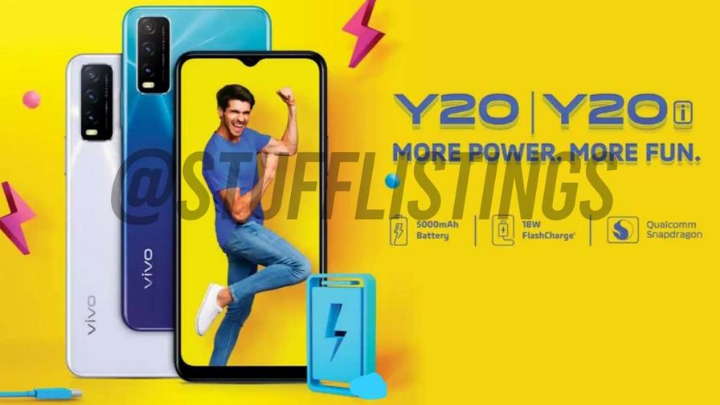 As posted by Twitter user Mukul Sharma, the vivo Y20 and the Y20i are powered with the Snapdragon 460 processor. The former has 4GB of RAM and 18W flash charging while the latter has 3GB of RAM and a normal charging rate. Both have 6.51-inch displays with a waterdrop notch that houses its 8MP front camera, triple-rear cameras consisting of a 13 MP main, 2MP macro, and 2MP bokeh sensors; side-mounted fingerprint scanners, and 5000mAh batteries. In terms of software, the smartphones run under  FunTouch OS 5 based on Android 10. It features Dynamic Effects, EasyShare, iManager, and AI Albums.

There are no words yet from vivo about its launch. However, it is most likely to launch in India. Stay tuned on our page for its official specs and availability.