This is the Vivo Y55s, packed with a 5.2-inch display, a Qualcomm Snapdragon chip, and a 13-megapixel rear camera. It may be the successor to the Y55L launched last year, but is the Php8,490 tag worth the experience it provides? Here’s our full review. 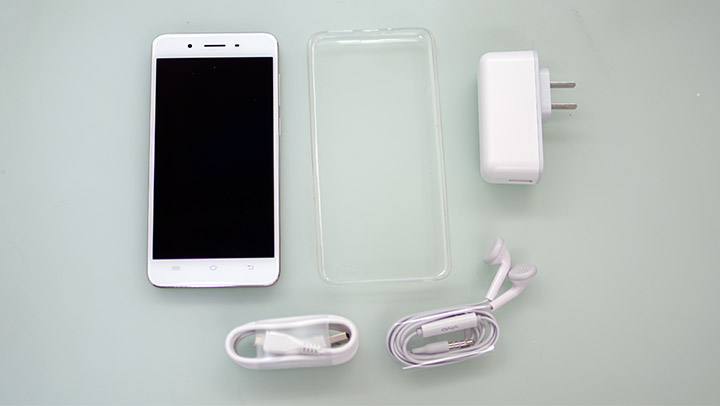 What’s inside the box is typical of other Vivo phones: There’s the unit itself, a micro USB cable, the charging adapter, a pair of earphones, a silicon case, a SIM ejector pin, and several papers for instruction and warranty. The Y55s takes design cues from other Vivo smartphones with an iPhone-like back and feel and a two-toned color scheme. At the front are the usual sensors with the 5-megapixel camera, the 5.2-inch display, and three buttons that do not illuminate. It’s worth noting that there’s no LED light for notifications. A chrome lining at the edge of the device services as an accent and separates the two tones the phone possesses. 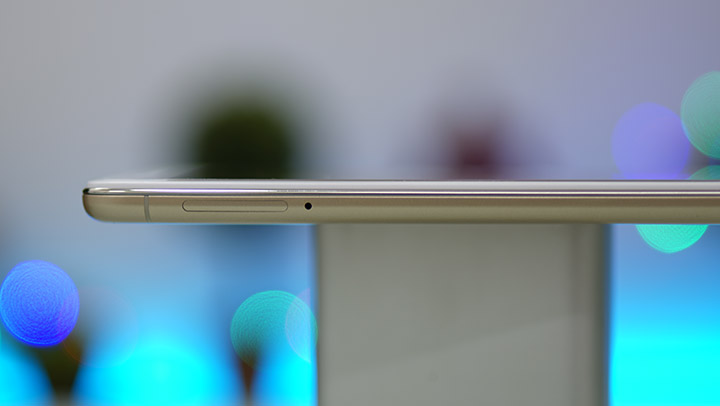 The right side houses the volume rockers and the power/lock button, while the dual-SIM card tray is at the opposite side. Contrary to single multi-slot trays, the microSD has a dedicated slot placed at another side. 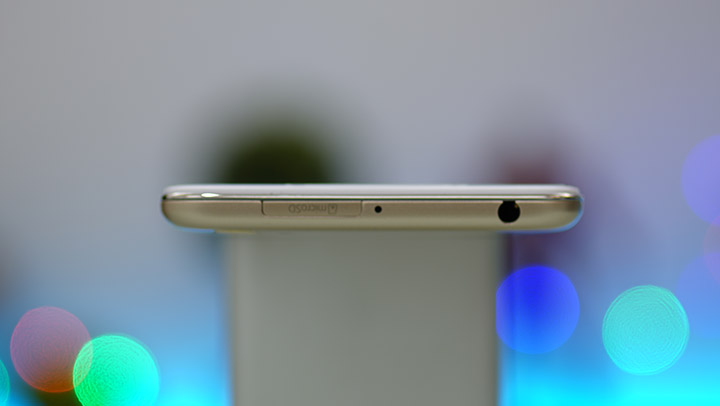 Up atop is the 3.5mm audio jack and a covered micro SD card slot, while the micro USB port and the microphone are down below. You’d need to use the ejector pin to pry the flap open, which adds extra security to the slot. 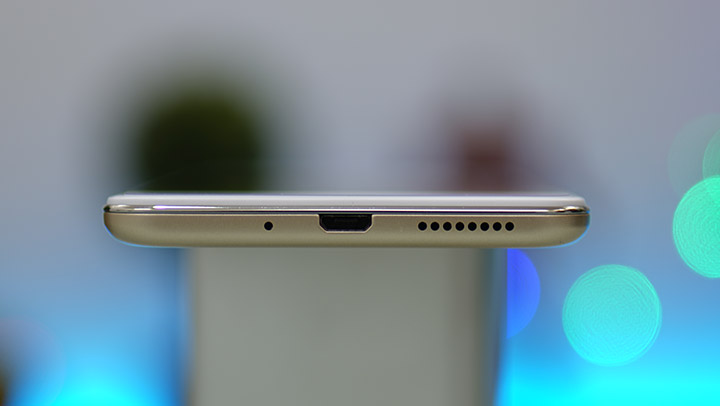 A 13-megapixel rear camera, accompanied with an LED flash, and the Vivo logo are all at the back of the device, which is made of polycarbonate material with a metallic paint coating. Our device does have a shimmer of gold which is usual for the brand’s smartphone lineup, so we felt there was nothing new. 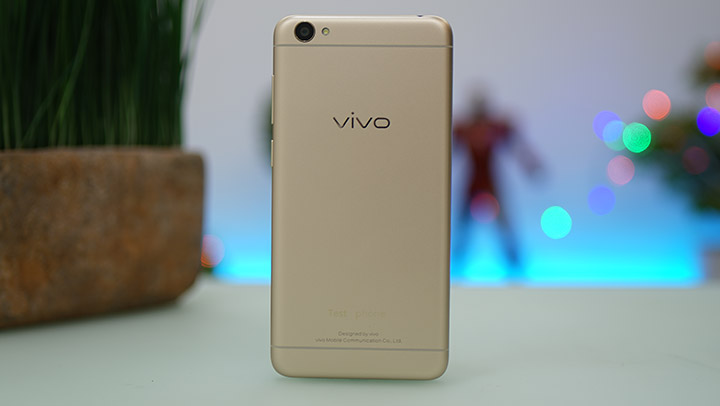 We don’t mean to say that the Y55s is plain-looking, but the device has an uncanny resemblance to most smartphones in its price range and thus, it looked a bit forgettable. Using it is good enough for one-hand operation —  the device has a good grip and at 142 grams, it also is light and could be used for long periods of time without having wrist strains.

The device’s HD display may resonate to a 282ppi resolution, but the sharpness is just fairly right considering the device is just sized at 5.2 inches. Colors are vivid, looking at it from multiple angles bear no difference, and the brightness is just enough to be seen out on a sunny noon. We’re also glad to have known that retail units will be shipping with pre-applied protection on its front panel since the glass doesn’t offer some sort of protection. 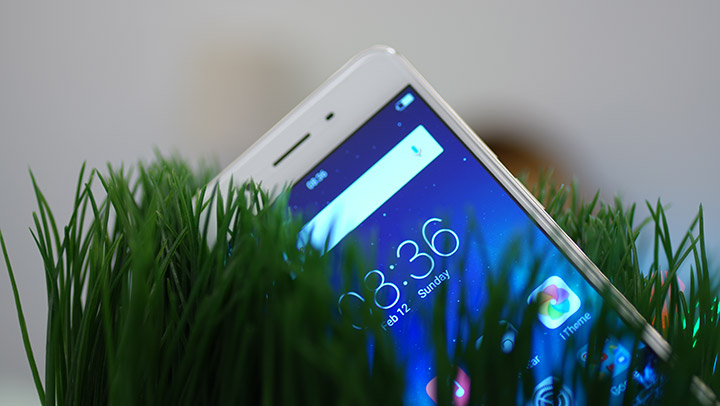 Blasting up audio on the loudspeaker is not a good idea, as it will tend to cause distortion and muffling at some point. We recommend taking down the volume a bit down to listen to decent audio with a little hint of thumping bass and well-balanced levels. Listening to the device via its dedicated headphone presents itself with a good experience as well, but we still recommend to use your favorite headphones if you are not into over-ear buds.

Vivo takes pride in placing a 13-megapixel rear camera with a dedicated LED Flash at the back of the device, and the results have been satisfactory. The camera shoots fast in between 0.2-1 second and quickly focuses on the subject as well. As such, photos taken have a well-balanced composition of color, vibrancy, and contrast. Noise is present at most times but is not visible in conditions where the camera shoots well-lit scenarios, so low-light photography could be a problem. There are several options available for shooting, including Time lapse, Professional mode, Ultra HD mode, PPT mode, Night mode, and Slow Motion. 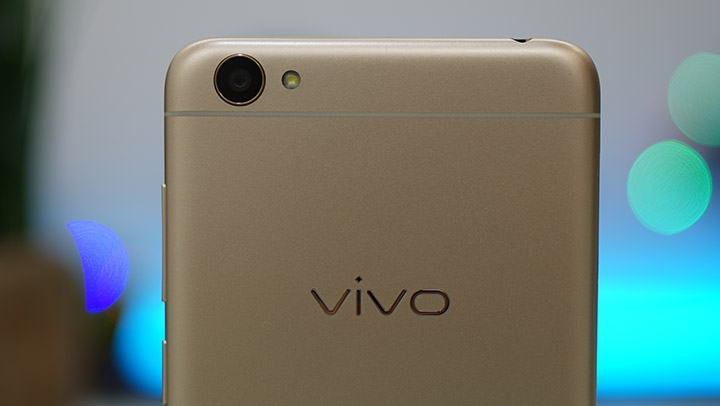 The five-megapixel front camera, on the other hand, does a good job of capturing in selfies, with the addition of a Face Beauty mode to beautify your own shots. It’s also great for small group selfies as the camera can accommodate three to four people in one shot with just an arm’s reach. Here are a few sample photos:

Videos taken with the dedicated camera app can record clips up to Full HD resolution, but there had been persistent noise issues that plague the device even when captured on bright, well-lit environments. There’s no stabilization present, so you may produce shaky videos as well. Here’s a sample clip:

Vivo takes pride in its FunTouch OS, which in this device is a highly-skinned Android Marshmallow operating system. A lot of nifty features are present, which would be of use or not depending on how you look at it. The company’s FunTouch OS is very reminiscent of other devices of Chinese origin: no app drawers, iOS-like icons, and added features not present on stock Android. Incremental updates are also present — we received a few while we had it in our hands. Notifications still stay atop the device, but quick toggles are now revealed by swiping up from the bottom of the home screen. There’s also a smart split function that lets you multitask on messages while doing full-screen activities, Smart Motion that lets you customize gestures and actions, a mini-screen function for one-hand operation, and a more functional screenshot function that lets you edit your screen before you save them into photos. VivoCloud, a backup service for calls, messages, and contacts, is also available on the phone.

Other preinstalled apps include Facebook, WPS Office, and UC Web browser, as well as a handful of Google apps. With that, you’re only left with around 7GB of the measly 16GB internal storage to store new files, which restricts you from installing more apps and games than the usual. This is where the dedicated microSD card comes in handy as it can support up to 128GB of extra storage for more files, but the OS does not allow merging of the microSD card into the internal storage which has been a standard for devices running Marshmallow and up.

Vivo promotes the V55s as a device built for speed with its 3GB RAM and Qualcomm’s quad-core Snapdragon 425 on board, and it does bear truth in some way — multitasking with the phone is a breeze, and gaming gets decent performance with low to mid settings and a few occasional stutters. With that being said, the phone’s design allows for the phone’s internals to breathe properly and thus, heating is at tolerable levels, which can be felt at the upper-back part of the phone. 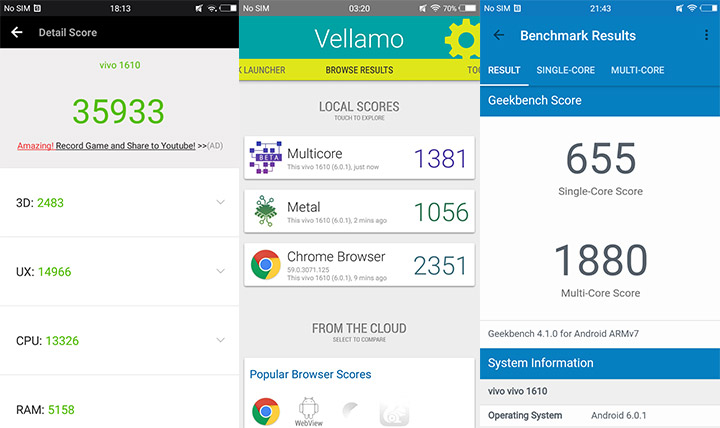 Here are some benchmarks we took from the device: 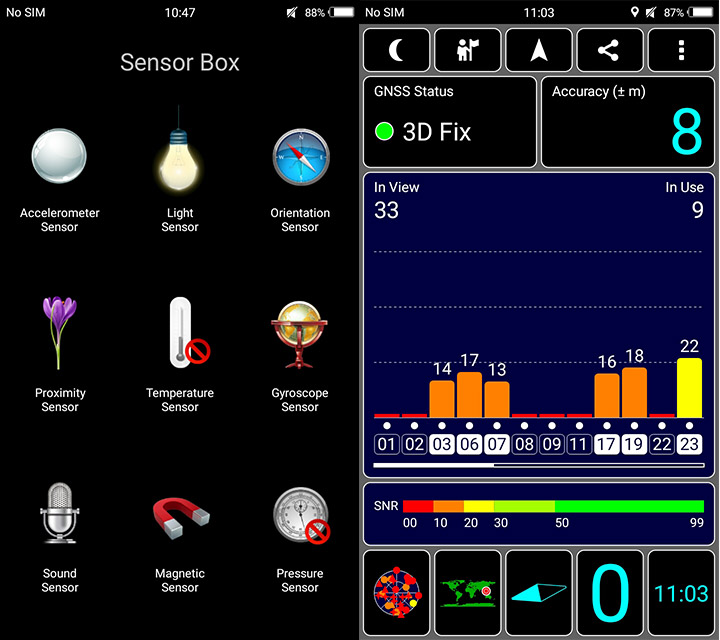 We were not able to experience any problems with its connectivity options — Bluetooth works well with our device, GPS is accurate, and WiFi connects to a wide range of routers as we have tested. There’s also support for USB-OTG, but you’ll need to manually allow it through the settings menu. Calls made using the phone are really good, with the microphone emulating your voice really well and the call speaker being audible enough to be heard in noisy environments. Mobile data, on the other hand, is receptive and does not have any issues when we tested it. 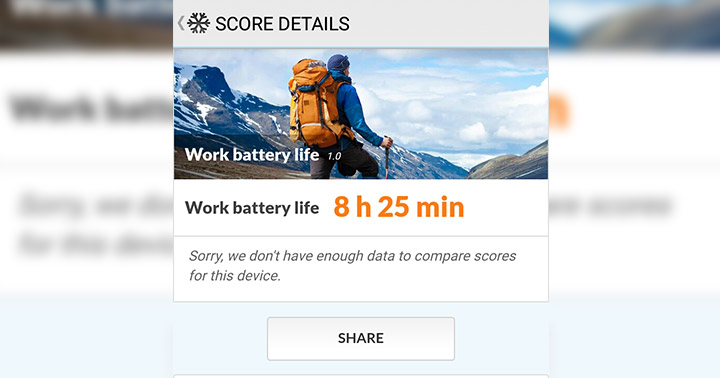 The 2,730mAh battery built inside the Y55s may be a downer for some, but it can pack a punch based on our usage and tests. It lasts for up to a day on light to moderate use which includes social media browsing, camera and video, and playing games on WiFi. When we put in two SIM cards (primary mobile data is SUN which is set to data roaming), battery drains quite a bit faster and lasts up to 6 hours on a single charge. Recharging takes some time as it can last up to 2 hours given its default adapter. Our PCMark battery test gave the device at 8 hours and 25 minutes, which is it a par with other devices like the Samsung Galaxy J2 Prime (8h 27m), Meizu M2 (8h 20m), and OPPO A39 (8h 19m).

Vivo promises a speedy smartphone when they introduced the Y55s in the country, and the company did not disappoint. At Php8,490, it’s one of the most affordable devices packed with 3GB RAM and a quad-core Snapdragon chip, and it does a good job balancing all elements into one smartphone into a device that[‘s good for overall multitasking, casual mobile photography, and good connectivity. As with other devices, there are a few letdowns that made the device this affordable– most notably the very limited 16GB internal storage the device is equipped with. It’s also worth noting that you can’t merge your microSD storage into the internal as it bears a heavily-customized Android mobile OS, so you’re pretty much limited to essential applications and games you really need. FunTouch OS could also be a make-or-break deal, as it’s down to user preference. Nonetheless, the Vivo Y55s is a good phone if you’re one who likes performance within one’s reach.

What we liked about it:
– Good display
– Good performance for its price
– Dedicated microSD card slot
– Good price to specs ratio

What we didn’t like:
– Grainy photos and videos produced by the camera
– Low internal storage for the price

Is these have a appdate? Beacaus oppof1s
3gram 32grom
Will become a 4gram and 64gram.. Ihope vivoy55s soon have that kind of addate.