Xiaomi has officially launched in the Philippines its new series of smartphones and one of them is the Xiaomi 11T, sporting an AMOLED screen with a high refresh rate and powered by MediaTek’s Dimensity 1200 5G chipset. But there’s another smartphone in the market that has similar specs, the OnePlus Nord 2 5G. Which one looks better on paper? Find out below. 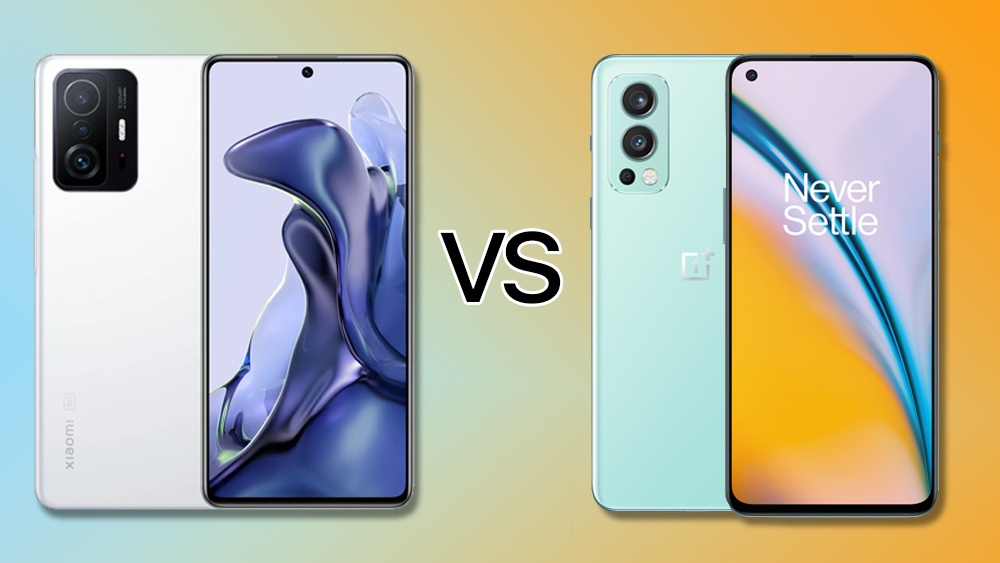 Both smartphones have large screens above 6-inches. The Xiaomi 11T 5G, though, is slightly larger but the 0.27-inch difference is negligible. The same can be said on the pixel count. Both have FHD+ resolution with the OnePlus Nord 2 5G having a higher ppi, but it’s only a 14ppi difference and won’t be noticeable. Both also pack AMOLED screens, so you can expect deep blacks and punchy colors from them.

The huge difference, though is in the refresh rate. The 11T 5G can offer up to 120Hz, while the Nord 2 5G maxes out at 90Hz, meaning the former can provide a smoother viewing experience. The former also has the tougher Gorilla Glass Victus compared to the older Gorilla Glass 5.

Both devices are powered by the MediaTek Dimensity 1200 SoC. The one in the Xiaomi, though, has the Ultra in the name, which is an indicator that it is part of MediaTek’s Dimensity Open Resource Architecture program that allows device makers access to the chip’s internal hardware and software for better optimization. The OnePlus, however, while it doesn’t have the “Ultra” tag, is also part of that program. That said, we can expect the same level of performance from both.

When it comes to RAM, the Nord wins for offering a 12GB option. Storage-wise, the two are tied with 128GB and 256GB UFS 3.1. No support for microSD cards from either.

The two devices have triple rear cameras, however, the Xiaomi has a higher main camera resolution and a telemacro camera for those who want to shoot distant and close-up subjects. The OnePlus, on the other hand, has a monochrome sensor.

For selfies, the OnePlus wins in terms of resolution with its 32MP sensor.

Do note that the analysis is based on specs. We’ll know which one can provide better image quality once we have reviewed both devices.

Both the Xiaomi and the OnePlus devices offer good connectivity features, which include dual-SIM, 5G connectivity, WiFi 6, Bluetooth 5.2, NFC, GPS, and USB-C. However, the Xiaomi has a bit of an extra with its IR blaster, which is great if you want to use the phone as a remote control. Both are also powered by Android 11 with custom skins.

The Xiaomi wins for having 500mAh more capacity than the OnePlus. It also has a slightly better fast charging rate, so it can replenish the battery more quickly. As for the battery life, we’ll know which one can offer more once we’re done with our review.

Let’s review their respective prices below:

While the two devices offer the same entry price, the Xiaomi 11T 5G offers more advantages, so get this one if you have a PHP 21,990 budget. But if you’re willing to shell out more and need that 12GB of RAM, the OnePlus Nord 2 5G is the option. But if 8GB of RAM is not a problem for you and just need the extra storage, the 8GB + 256GB Xiaomi Mi 11T 5G should suffice, and you get to save PHP 1K.

So, what do you guys think? The Xiaomi 11T 5G or the OnePlus Nord 2 5G? Let us know in the comments below.