Black Shark, a company with the support of Xiaomi, is set to launch their own competitor to the likes of the Razer Phone. The Chinese brand is gearing up to unveil their first gaming smartphone on April 13 in Beijing, China. While it’s being backed by Xiaomi, the phone’s branding and logo will feature Black Shark’s. 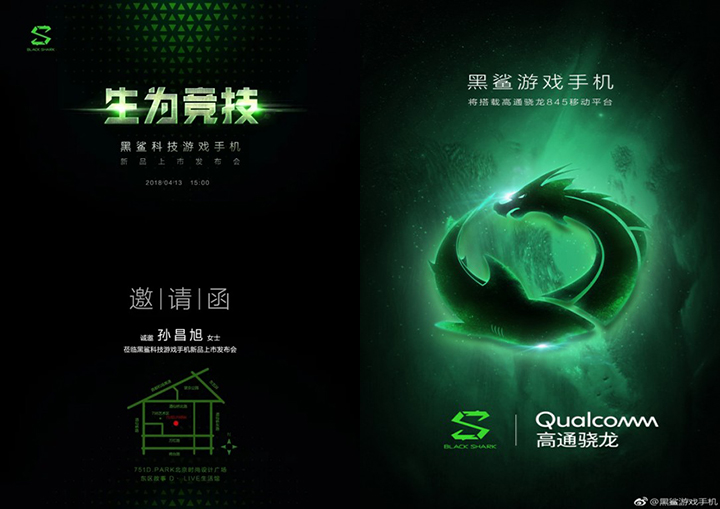 Little information is known about the soon to be launched device but expected specs points at a 120Hz display, Qualcomm’s Snapdragon 845 (based on the invite), 6GB or 8GB of ram, and 64GB or 256GB of storage. We’ll just have to wait until April 13 to find out if these specs hold true.