Time and time again, Xiaomi never ceases to stun us every time they release an affordable flagship smartphone. No wonder why they’re a crowd favorite. With the recent release of the Mi 10T lineup in the country, we’ve spent much time with its Pro version, the Mi 10T Pro 5G. Let’s see what it’s all about. 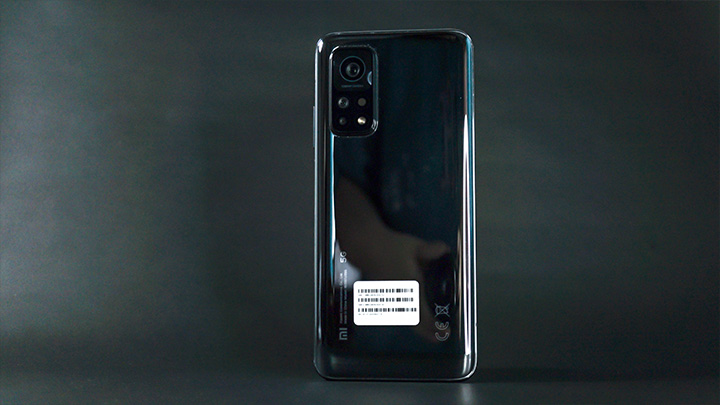 As we previously mentioned in our hands-on, the Mi 10T Pro 5G is one premium smartphone, both externally and internally. It’s built with a glass back topped with a ceramic-like sheen clad in an aluminum frame. Apparently, the device is prone to fingerprints and smudges, so it’s cool that Xiaomi provided a case with the retail unit. 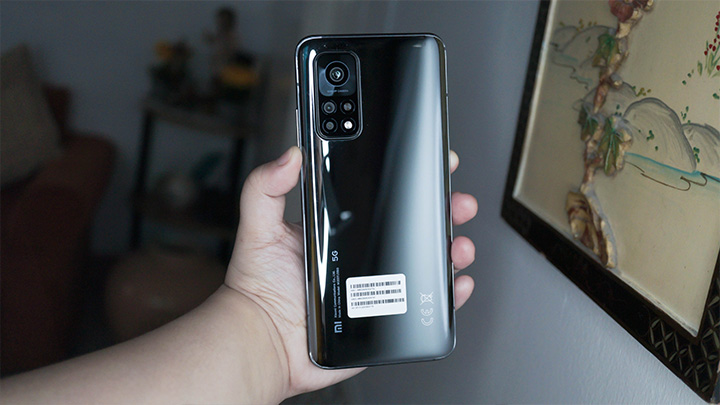 We want to note something we missed to mention in our hands-on that the screen protector and the case included in the box are anti-bacterial. The company claims that the case eliminates more than 99% of bacteria after 24 hours of contact. Timely indeed, Xiaomi. 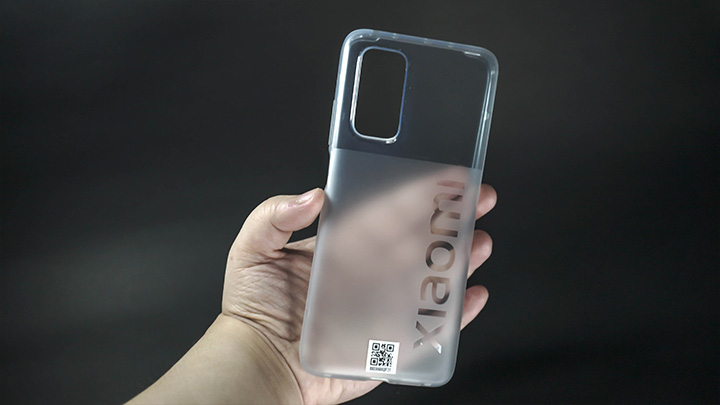 The device is also slippery in the hands, but we like that it comes with quite a heft at 218g, giving you that impression of a flagship feel. Its back and front are protected with Corning Gorilla Glass 5, so rest assured that this device is tough as heck. 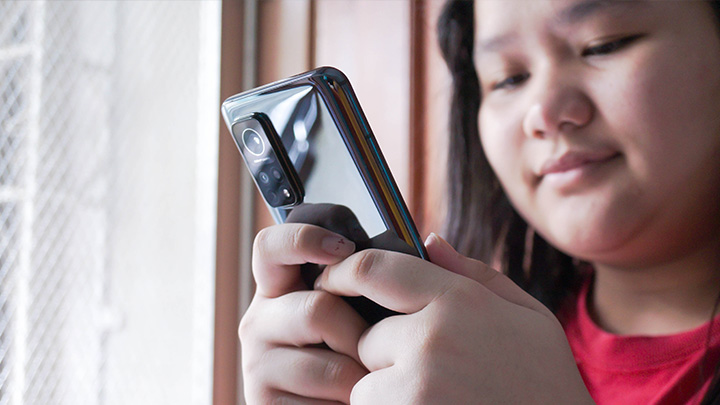 Found here at the back are its protruding triple rear cameras with that mini 108MP camera label located underneath the primary lens and the Xiaomi branding and 5G logo. 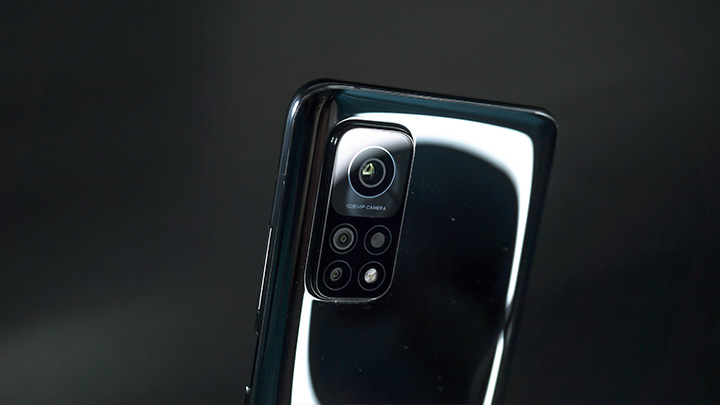 Located at the top left corner of the screen, we’ll find the dot notch that houses the front camera, the call speaker, and the tiny LED notification light. 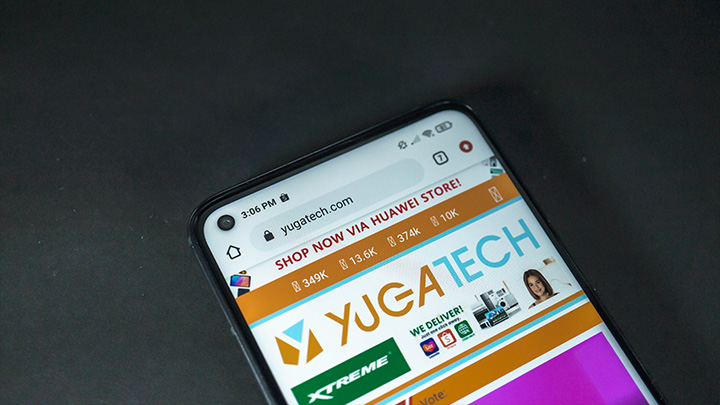 The top part houses the IR blaster and a pair of noise-canceling microphones. 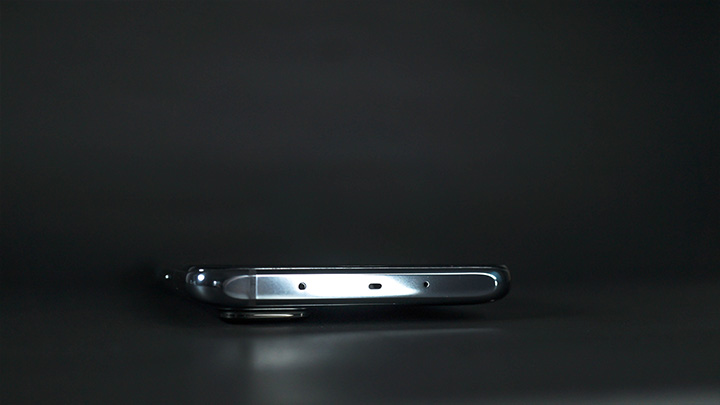 We have the volume keys on the left side, the power button that also functions as the fingerprint scanner, and the antenna bands. Nothing can be found on the right side. 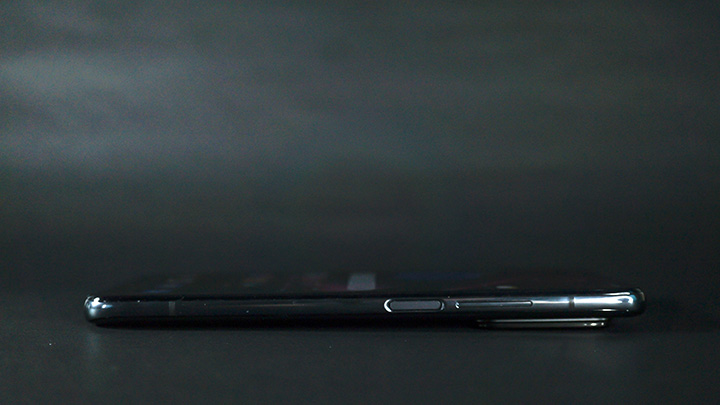 Underneath, we’ll find the primary microphone, the speaker grille, the USB Type-C port, and the SIM card slot that can accommodate two nano-SIM cards. No microSD slot and 3.5mm audio port in here. 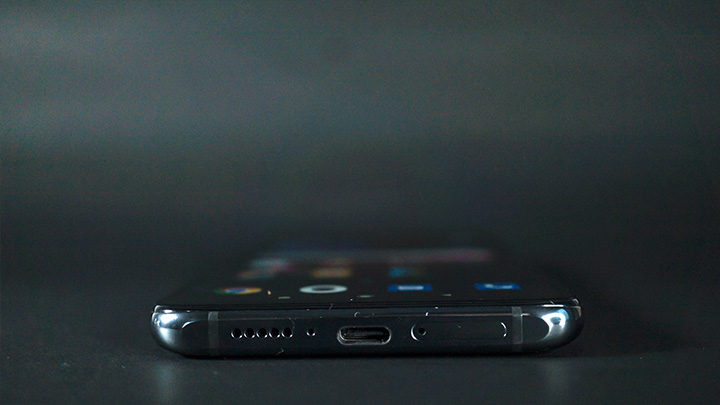 The Mi 10T Pro 5G sports a huge 6.67-inch FHD+ DotDisplay with support for HDR10 and 144Hz refresh rate with Adaptive Sync. Although utilizing an AMOLED or OLED panel would be a cherry on top, the IPS panel didn’t disappoint. The screen still looks great if you’re not too nitpicky. The colors look vibrant and punchy. Details are also very sharp. 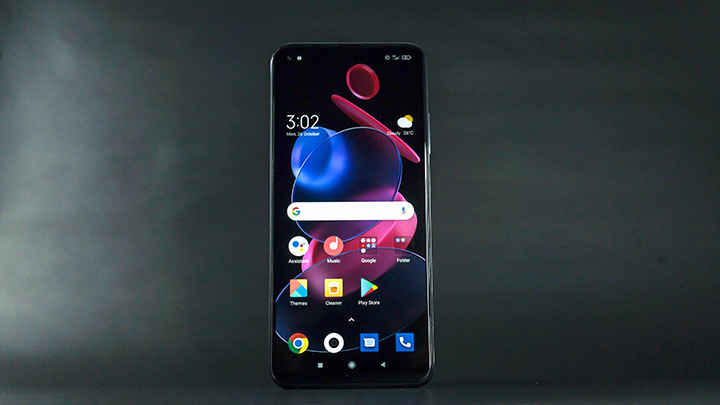 The 144Hz refresh rate is buttery smooth and responsive. It truly is a feast for the eyes. If you want to consume less battery, we suggest that you lower the refresh rate to 90Hz, which is also equally butter. You may again go back to 60Hz, but would you? There’s also an option to adjust the color scheme and color temperature, and if you don’t like seeing that dot notch, you have the options to hide it. 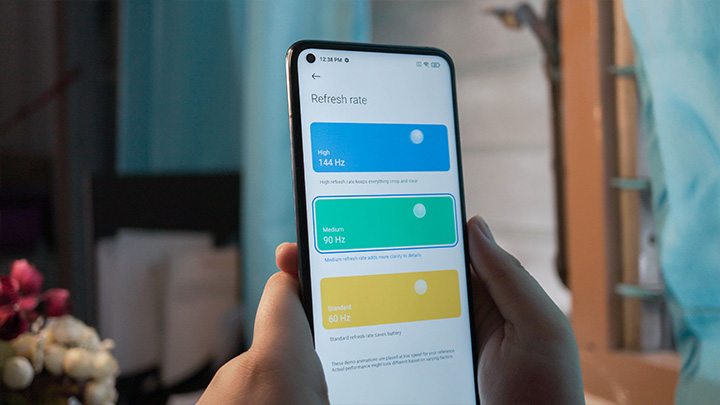 Audio-wise, the sound quality is good but not too impressive. Indeed, it does get loud and clear and comes with an ample amount of bass, but the voice tends to overpower the instrumentals most of the time. It also sounds a teeny bit muffled sometimes. 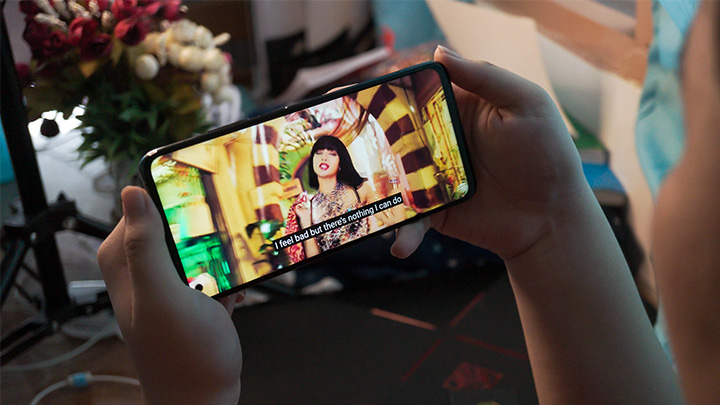 You can tweak the settings more on the audio as it comes with a nifty feature that lets you pick sound effect presets. We usually use the Smart preset as it adapts to whatever we’re watching or listening to. There’s also a feature that enables you to play music with visual effects, even when you turn off the screen, and we think it’s cool.

Another feature we like and found useful is the equalizer and the ability to customize the volume based on your auditory perception when listening with your earphones/headphones. 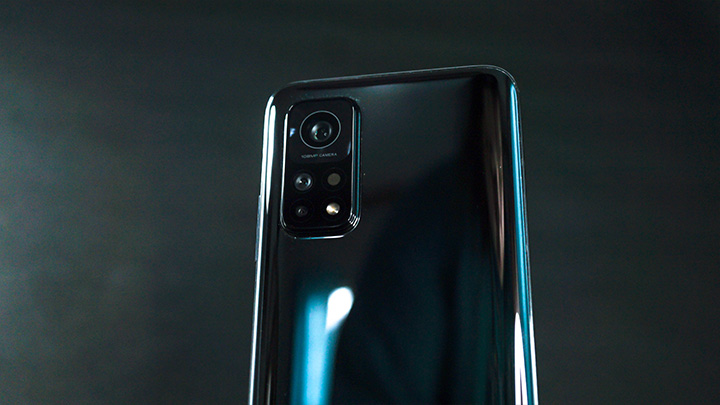 For camera features alone, you’d get tons of it. There’s Pro, HDR, Portrait, Google Lens, Portrait, and Movie Frame, to name a few. You can even customize the Camera’s interface’s colors and layout and save images in HEIF or high-efficiency image file format, which is nifty. 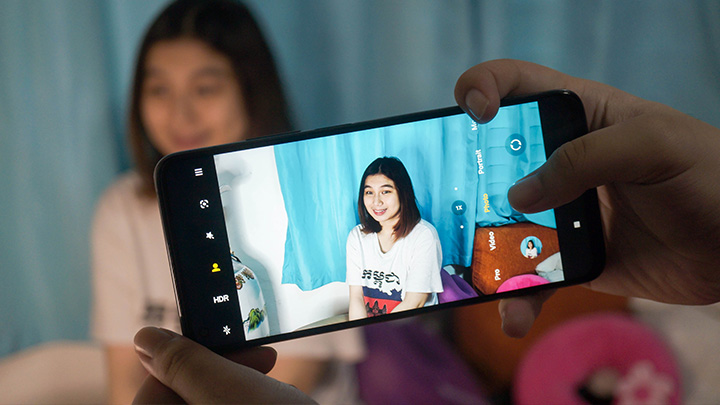 Images produced on the rear cameras are excellent, but it’s not perfect. You get a wide dynamic range with a significant number of details. We like that the color reproduction didn’t come out too saturated, even though we used its AI feature to give us more control over post-processing. Other than that, the shots look crisp and clear, though, as you can see, some of them tend to lose shadow, especially when shooting in a backlit environment. The same can be said for the ultra-wide-angle lens. Macro shots also look clear, though there’s a little distortion going on.

The 30X digital zoom is a fun feature to have, but shots are, more often than not, plainly unusable. They look washed-out and soft, and you’d barely see any details. We think that Huawei still holds the crown for having the best camera smartphone zoom.


The 108MP lens, on the other hand, produce crisp photos. However, if you’re going to ask us if it’s a gimmick, we think it is– unless you’re very detail-oriented. Indeed, it does preserve a lot of details, especially when you zoom in. That’s where you see its magic. That’s pretty much it. Nonetheless, it’s still a great feature to have and would probably be useful if you’re going to print your photos in a huge tarpaulin or whatnot. We think that no matter how much you increase the camera resolution, it doesn’t guarantee that it would look as crisp and clear once it’s uploaded to your social media.

For the lowlight shots, they’re subpar. The lights look blown-out most of the time, and it’s noisy even with the Night mode on. We hope that this can be improved with software updates.

Selfies, on the other hand, look great. The natural skin tone is retained, and we like that it doesn’t go overboard with the beauty mode on. The portrait mode also has an excellent background to subject separation, and you could even play with the aperture and blur style afterward.


Now for video, it can shoot up to 8K 24fps and 4K 60fps for the rear camera, and 1080p 30fps for the front camera. The 8K video quality is impressive and comes with a tremendous dynamic range. Most users would appreciate it once they view it on a 4K/1080p display. However, you cannot use the ultra-wide lens and the Ultra Steady mode while shooting in 8K.

The 4K video quality is excellent as well, and you can use the ultra-wide lens on this one. The Ultra Steady mode, unfortunately, only works at 1080p.

Moreover, it comes with tons of vlog-centric features. It comes with a Vlog feature that helps you create cool videos with slick transitions. It also comes with a quirky front and back feature. It’s quite similar to Nokia’s bothie feature that uses a split-screen format to capture photos or videos through the device’s front and rear camera simultaneously. But with this one, you can change the position while recording. You may also add a movie frame to make your clips look cinematic. We’re sure that many content creators would love the video offerings of this phone.

Running this device is MIUI 12.0.3, based on Android 10. Apart from the OxygenOS from OnePlus, MIUI is also one of our favorite skins as it almost looks close to stock Android. We like that it didn’t come with bloatware. We only get a couple of Xiaomi proprietary apps, as well as some from Google. 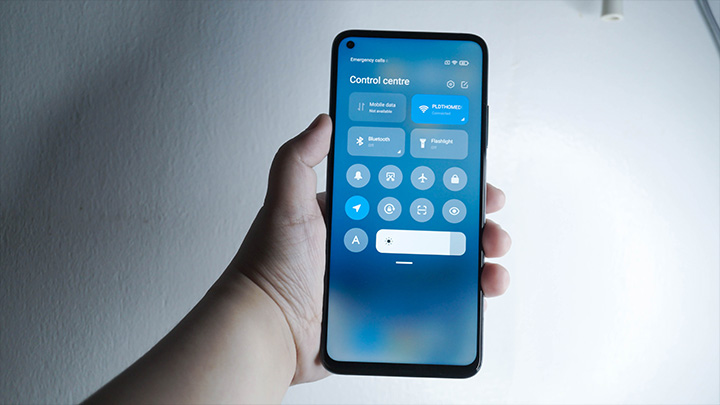 When using the dark mode, we noticed that it doesn’t look seamless with apps like Discord, where you can still see the image’s white background. We also noticed this while using the Messenger app. We think that it’s just a minor bug, but we believe it’s worth mentioning. The device also has good haptic feedback, and there’s an option to adjust its level depending on your liking. 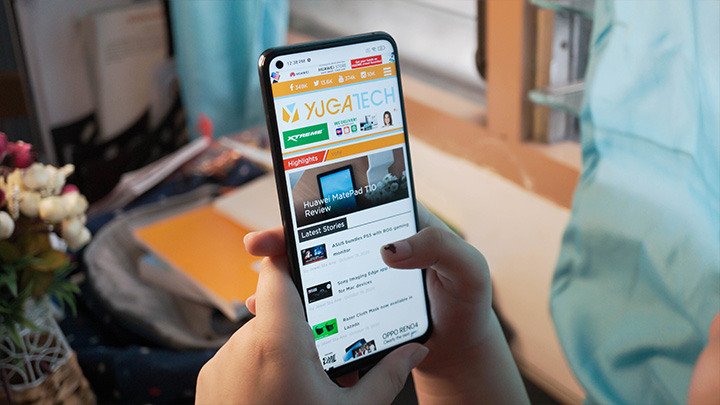 For other features, it comes with a Video Toolbox, Floating window to conveniently view notifs, Second Space, and Lite Mode for less visual clutter. Out of the 128GB internal storage, we get a usable 111GB storage.

When it comes to internals, the Mi 10T Pro uses the latest Qualcomm Snapdragon 865 chip coupled with Adreno 650 GPU, 8GB RAM, and 128GB ROM. The performance is outstanding. Launching and loading apps are lightning-fast and are further accentuated with the 144Hz refresh rate. 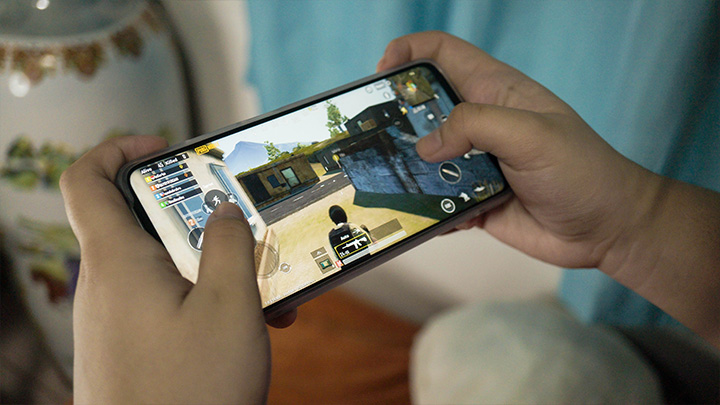 We played PUBG Mobile and Genshin Impact at 144Hz with the highest possible setting, and we experienced no hiccups or frame drops at all. The phone noticeably gets hot, particularly on the camera section, after a long period but not to the extent that it’ll burn your hands or would cause an alarm. We also noticed that it even cools down quite quickly, which is good. 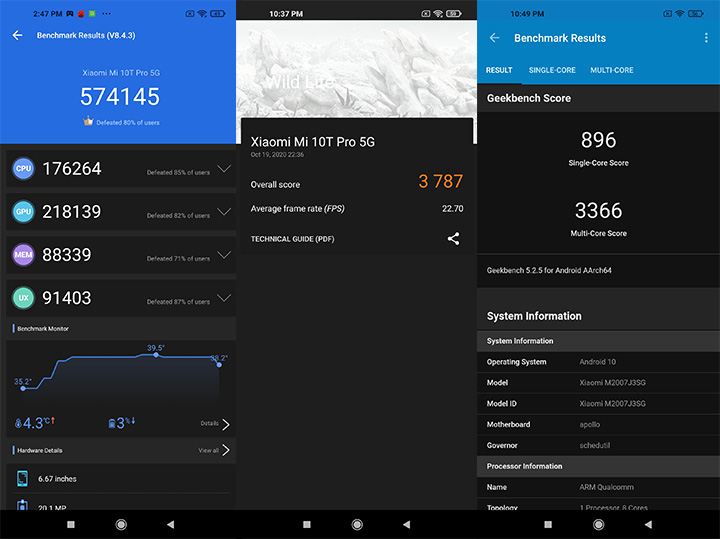 It also comes with the Game Turbo feature to improve your gaming experience. You can access this by swiping the upper corner of the screen, and it’ll show you various options such as the FPS count, CPU and GPU consumption, screen record, floating windows for when you want to chat while playing, screencast, and many more. 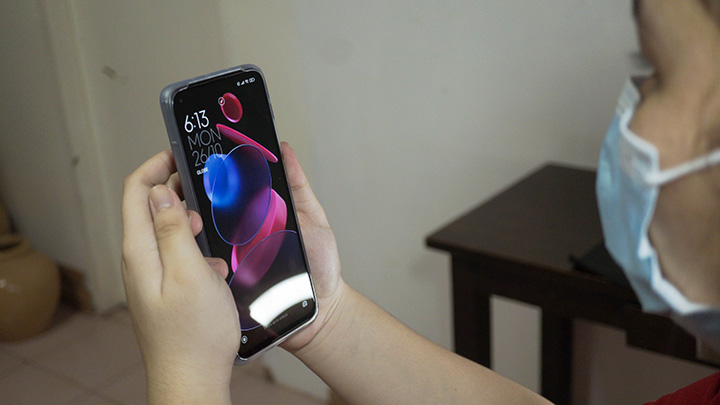 The fingerprint scanner and face recognition work instantaneously; however, face recognition doesn’t work in a pitch-black environment unless you set your phone’s brightness to maximum. It’s interesting to see that it works even if you’re wearing a mask.

The Mi 10T Pro comes with the usual connectivity features, including WiFi, Bluetooth 5.1, dual nano-SIM, NFC, and IR blaster. As its name suggests, it’s 5G-ready, but connectivity will vary based on the availability of 5G in your area. 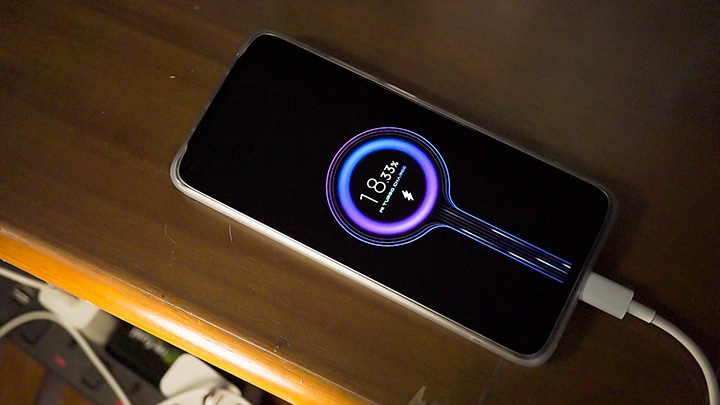 Powering up the Mi 10T Pro is a 5,000mAh battery. Most of the time, we use the 90Hz, only bumping up to 144Hz when playing games, and the device can last us a whole day, only charging it at night. It supports a 33W wired fast charge. Charging the device took around an hour and 20 minutes from 0% to 100%. Unfortunately, it has no support for wireless charging.

In the PCMark battery test, the device got a score of 19 hours and 31 minutes, while our standard video loop test yielded 22 hours and 15 minutes of playback, which is not bad at all.

Xiaomi is breaking the norm by continually and consistently manufacturing smartphones with flagship specs that you can get for less. With the Mi 10T Pro 5G, you’re genuinely getting more for less. 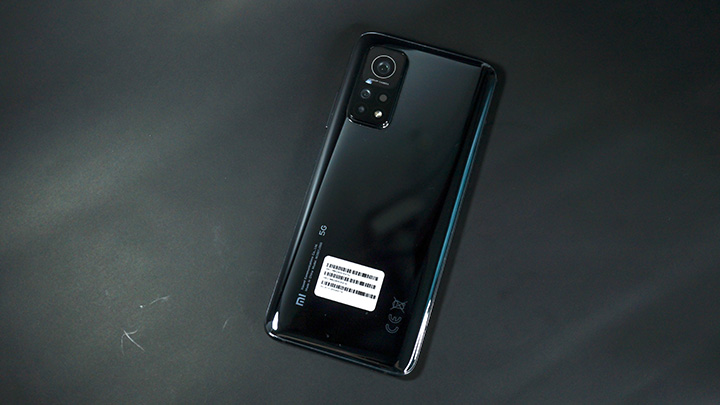 For 24,990 (8GB + 256GB), the Mi 10T Pro 5G is definitely a steal. You’re already getting a 144Hz refresh rate display, a powerful processor, impressive photo and video quality with tons of features, and great battery life. Plus, it’s 5G-ready. So if you want to own your first affordable flagship 5G device, the Mi 10T Pro 5G is the best choice.

Hi, I just noticed a single mistake under the Connectivity and Battery Life.
“Powering up the Mi 10 Pro is a 5,000mAh battery.”, should be Mi 10T. Thanks.

The Mi 10T Pro actually only has 1 storage flavor (256GB). The other one (Mi 10T) has a 6GB and 8GB setup. Need to clear that up because the article is emphasizing (highlighting) the Mi 10T Pro as having an 8GB RAM + 128GB storage, which is incorrect.

Thank you for your feedback. We have adjusted the article

You forgot to mention backlight bleeding. Worse than my k30 5G. I went to the store to see it and ended up buying a mi 10.